My sister is a recovering addict, and repealing the Affordable Care Act will threaten her life

When my baby sister boarded a plane for Abu Dhabi two years ago, I thought it would be impossible to ever feel more worried about her. All at once, she was starting her recovery from drug addiction and moving across the globe — I was going to be almost 7,000 miles away, powerless to catch her if she fell. I wished every day for her to come back to me safe and sound, and I never thought I would be more scared than I was the day she left.

That is, until this new political administration began, and I realized coming home could be a death sentence for her.

Since the Affordable Care Act passed in 2010, Republican lawmakers have been vowing to take the healthcare bill down. Throughout election cycles, public TV appearances, and town halls, they’ve promised again and again to repeal and replace the bill that, according to their party rhetoric, was destroying the country. Eight years and one Republican president later, they are finally getting their chance — though, as of right now, they have no clear plan.

But I have one request to the politicians who have charged themselves with rewriting the American healthcare system: Please don’t kill my sister.

A recovering addict, my sister is one of the 3.8 million Americans who have used heroin in her lifetime. She is just one part of the over 300% increase in heroin users in the United States since 2014.

She is one of the over 23 million people in the country who needed treatment for drug and alcohol use last year. Luckily for her, and for our entire family, she was a part of the measly 11% who received treatment, a miracle for which we have health insurance to thank. 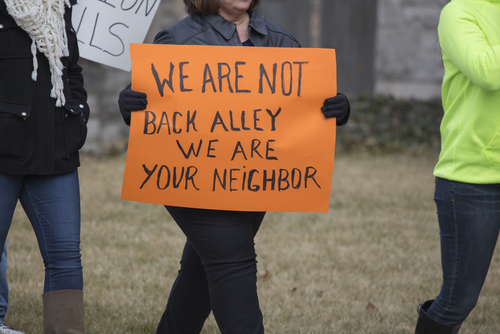 The provisions put in place by Obamacare — including the ability for young adults to stay on their parents’ health insurance until they’re 26 — were partially responsible for saving my sister’s life.

Drug overdoses now claim more lives than car accidents and fatal shootings, and yet, each iteration of the proposed Republican healthcare bill refused to acknowledge this crisis, or help provide the funding and resources needed to resolve it.

The first plan released by Republican lawmakers included cutting the Medicaid expansion, and that would have dropped addiction treatment for 1.3 million Americans. The many revisions since then haven’t made it better. One of their most recent proposals included cutting $772 billion from Medicaid, which politicians like Ed Markey, the Democratic senator from my home state of Massachusetts, has affirmed “would be a death sentence” for addicts. Their revised bill, which includes a $45 billion commitment to fighting opioid addiction, still doesn’t do enough to save the thousands of people dying every year from drug-related overdoses.

When White House adviser Kellyanne Conway went on ABC’s This Week in June, her comments made the White House’s attitude towards opioid addiction crystal clear: It’s a matter of choice, not health.

In speaking to the show’s host, Conway said that addicts need “a four letter word called will — not health care — to overcome their problems. This highlights the idea that the current administration, as well as Washington and much of the country, still doesn’t understand a crucial fact about addiction: It is a disease.

For anyone who doesn’t know or love an addict, it isn’t easy to wrap your head around the fact that addiction is a disease, not a choice. Many people don’t want to understand that the opioid crisis is an epidemic claiming tens of thousands of lives — it’s not a trend taking out a few bad eggs. They can’t see the problem existing and breathing in their living room. They can’t understand the crushing anxiety and fear that follows an addict’s loved ones every day. They can’t feel the pain in their hearts that comes with losing someone to drugs.

But the problem is real, and it’s tangible, and it’s wiping out too many innocent lives to be ignored. It’s time we start treating it like what it is — a deadly crisis — instead of like a political chip to bet with. Because unless something is done, and fast, we will lose more and more people to this epidemic — and I am not willing to lose my sister. 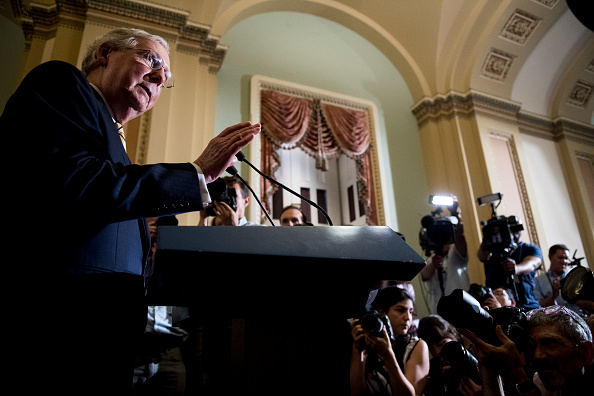 When Senate Republicans secured enough votes to open debate on their health reform bill today — that is, after flying in Senator John McCain (who was recently diagnosed with brain cancer), and relying on Vice President Mike Pence to break the tie — they didn’t pass any laws yet.

They haven’t yet repealed and replaced Obamacare, but they have taken the next step in moving their healthcare agenda forward. With hours of debate and several votes on amendments still ahead, what comes next is a big question mark. But that could be answered as early as Thursday, with a final vote on the bill — whatever it may be.

While it’s unclear what the GOP healthcare bill will look like when debate is finished, it’s clear what the bill has appeared to be the entire time: a dangerous plan hurting some of the most vulnerable populations in this country.

Democratic senators around the country have already called the proposed health care bills “cruel, “disgraceful, and even an “evil, intellectually bankrupt bill.

I call them a threat to my sister’s life.