Game of Thrones returns later this month (April 24th!), and after about 10 months of speculation about the fate of Jon Snow, we’re finally going to get some answers. Even Siri, Apple’s knowledgable helper, is stumped about what’s going on with the GoT hero. Is he alive? Is he dead? Is he dead but about to resurrected? WHAT’S GOING ON? Siri’s answers show that even she is a big Game of Thrones fan, proving that it really is the ultimate crossover hit.

Here’s what Siri has to say about some of our burning Game of Thrones questions: 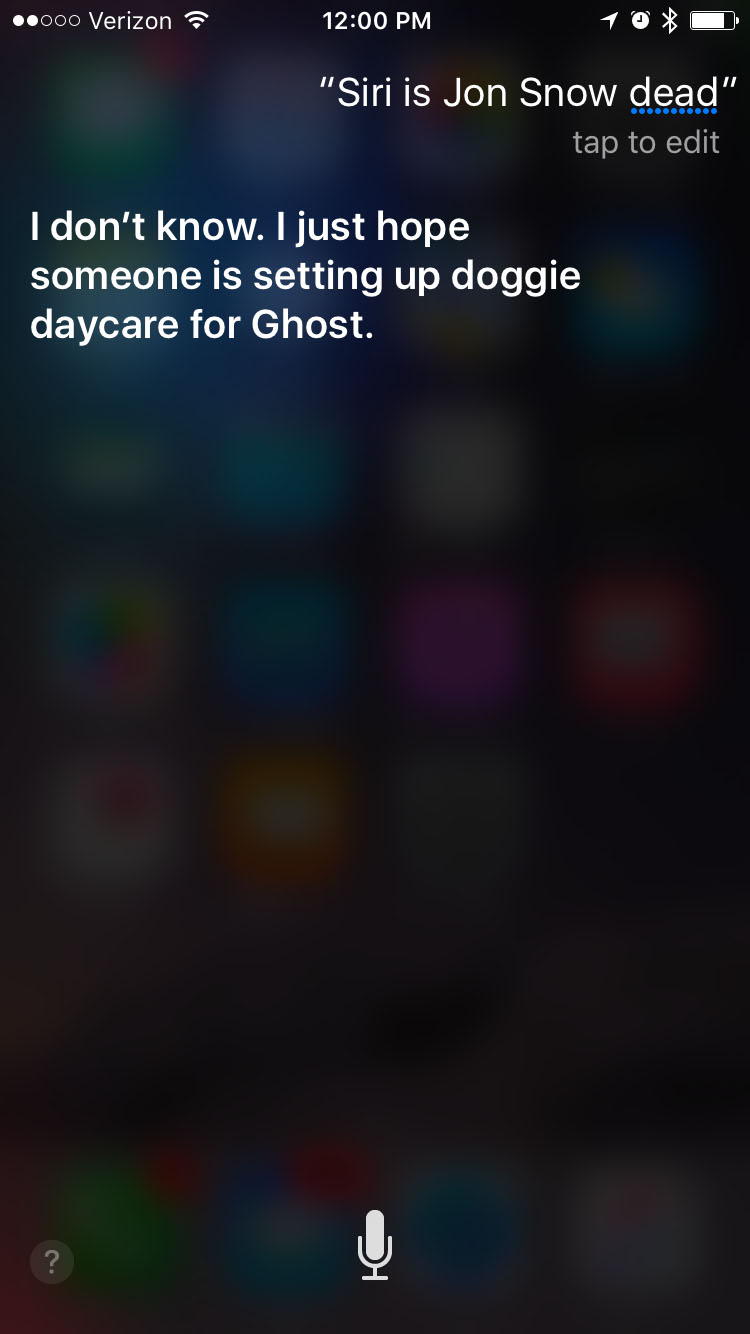 But, like really: This answer cuts to the heart of all of our true concerns. WHAT ABOUT GHOST? 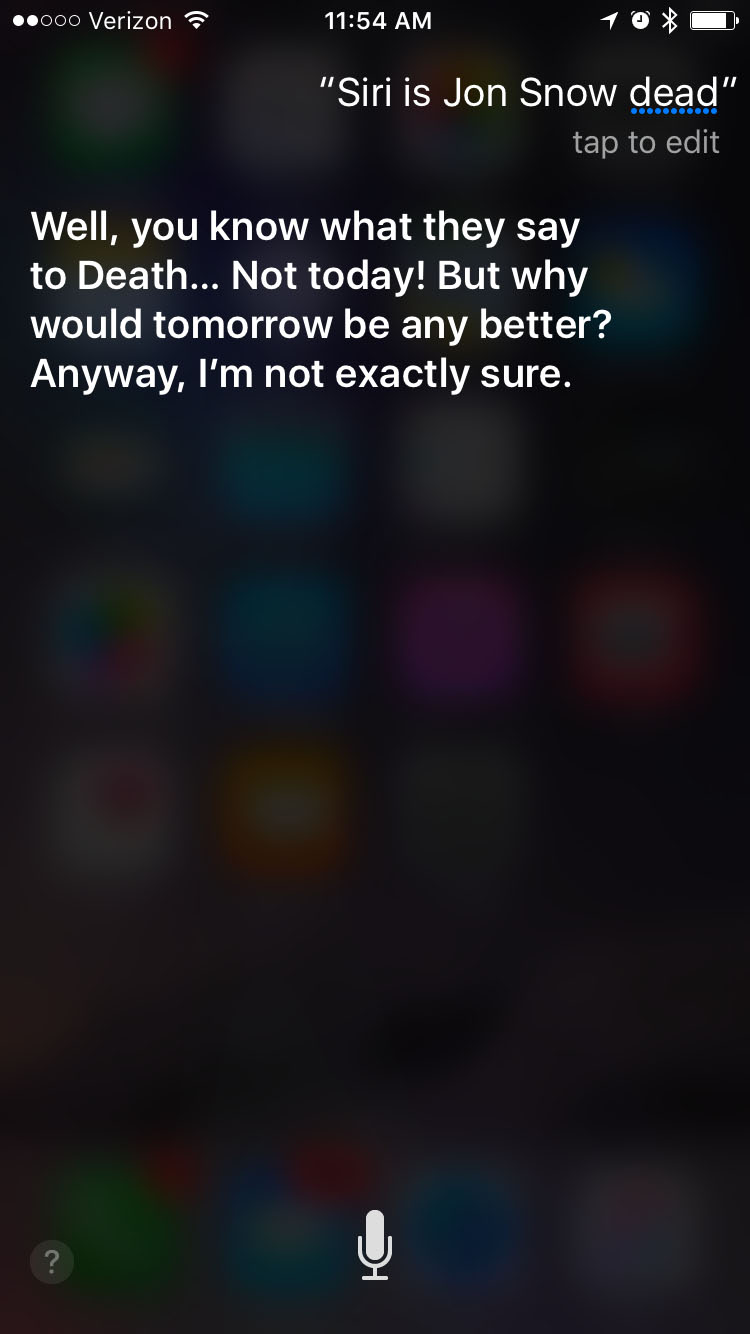 Keep asking Siri about Jon Snow’s death and she’ll eventually get all philosophical on you. 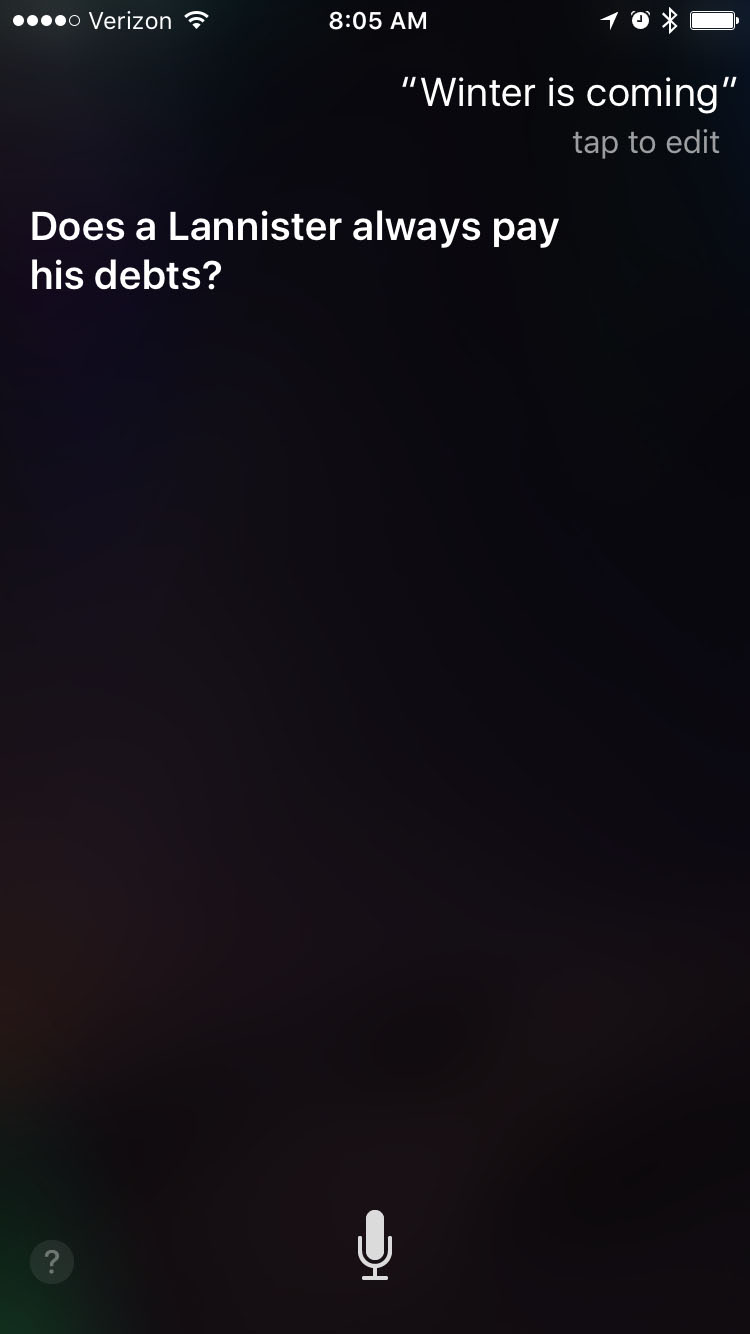 Is she answering in riddle? Like “Yes, winter is coming because duh Lannisters do always pay their debts.” Or is she just being snarky? “Oh, you stated a Game of Thrones fact at me? I’ll state one right back at you.” Either way, well-played, Siri. 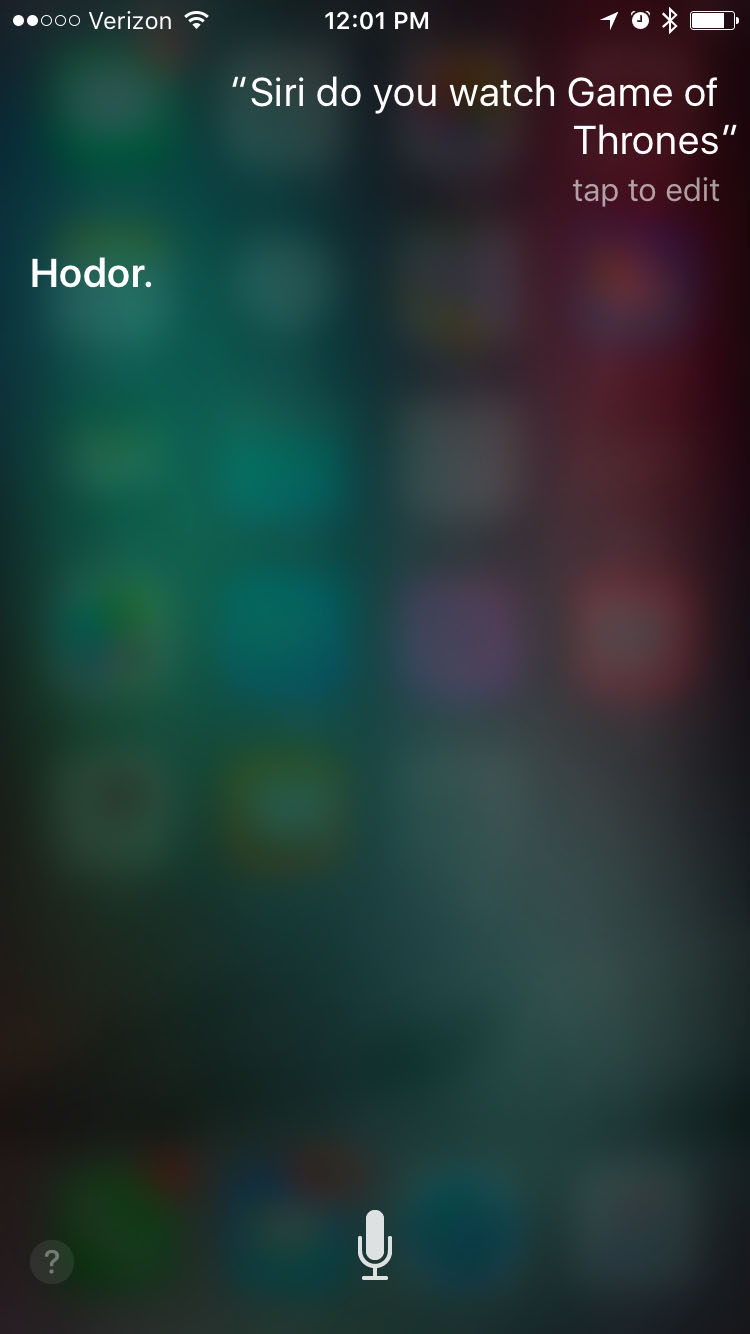 We will take that as a yes. “Siri, have you seen the season six premiere of Game of Thrones?” 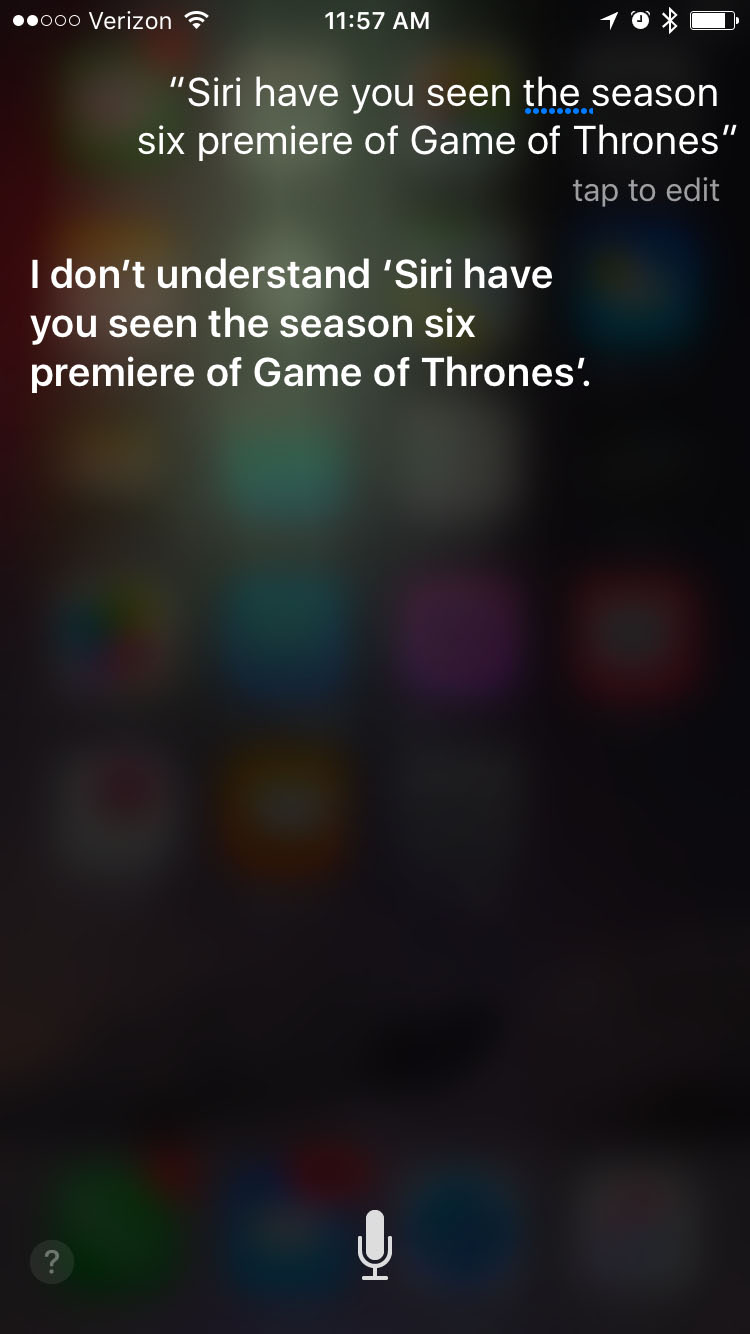 And clearly she’s been prepped by the same PR team that taught Kit Harington to “know nothing” about the show he’s actually on (or was actually on. Who even knows at this point?). 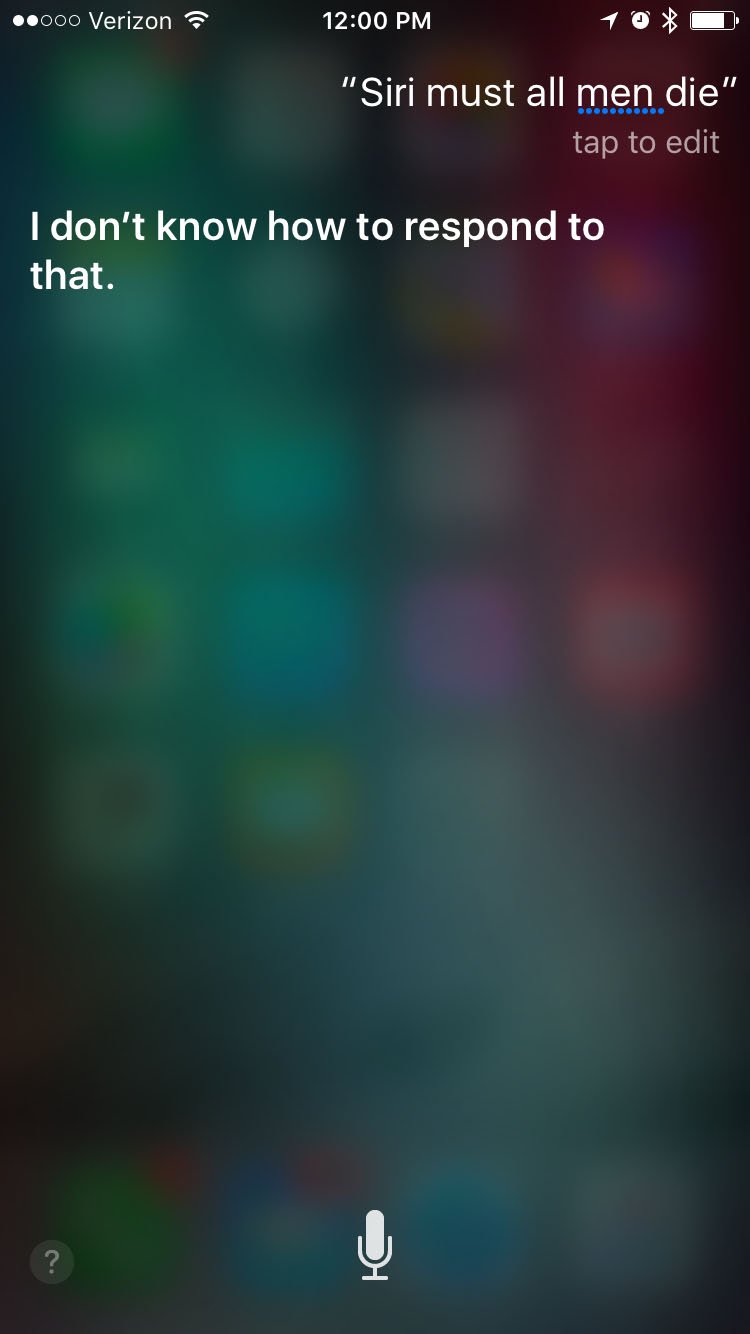 Neither do any of us. Mortality, right? 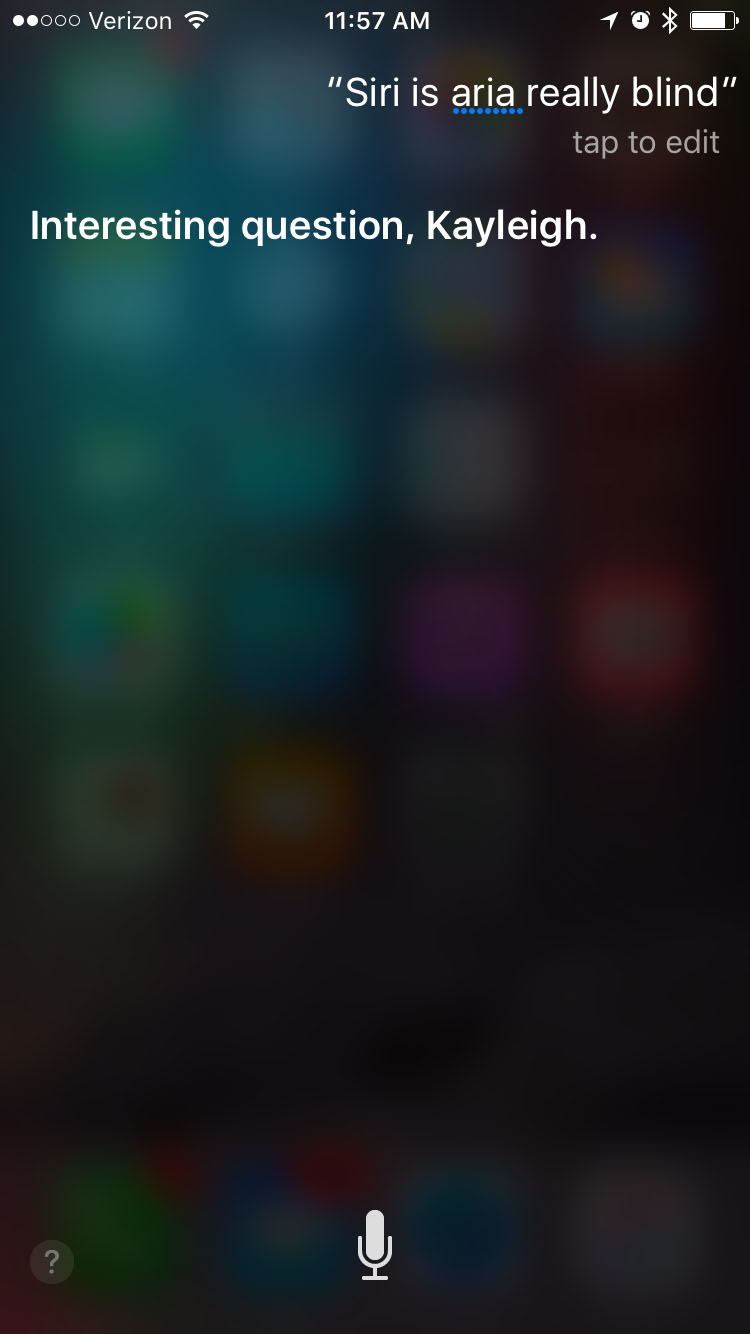 Look at Siri, playing dumb like she doesn’t even know how to spell Arya, smh. 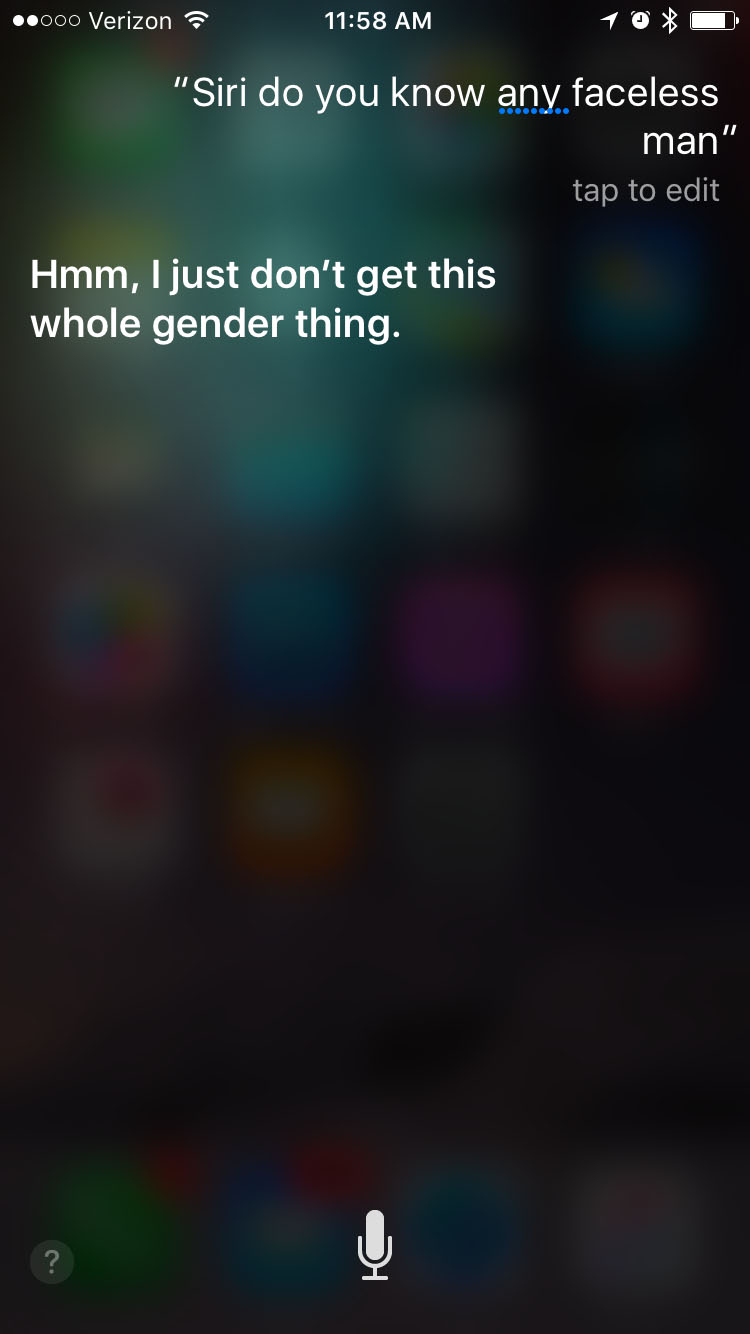 Is that a hint? Is that a hint because Arya is going to succeed in becoming a Faceless Man? Thanks for the spoiler, Siri!

It’s not shocking that she can’t decide, for obvious reasons. 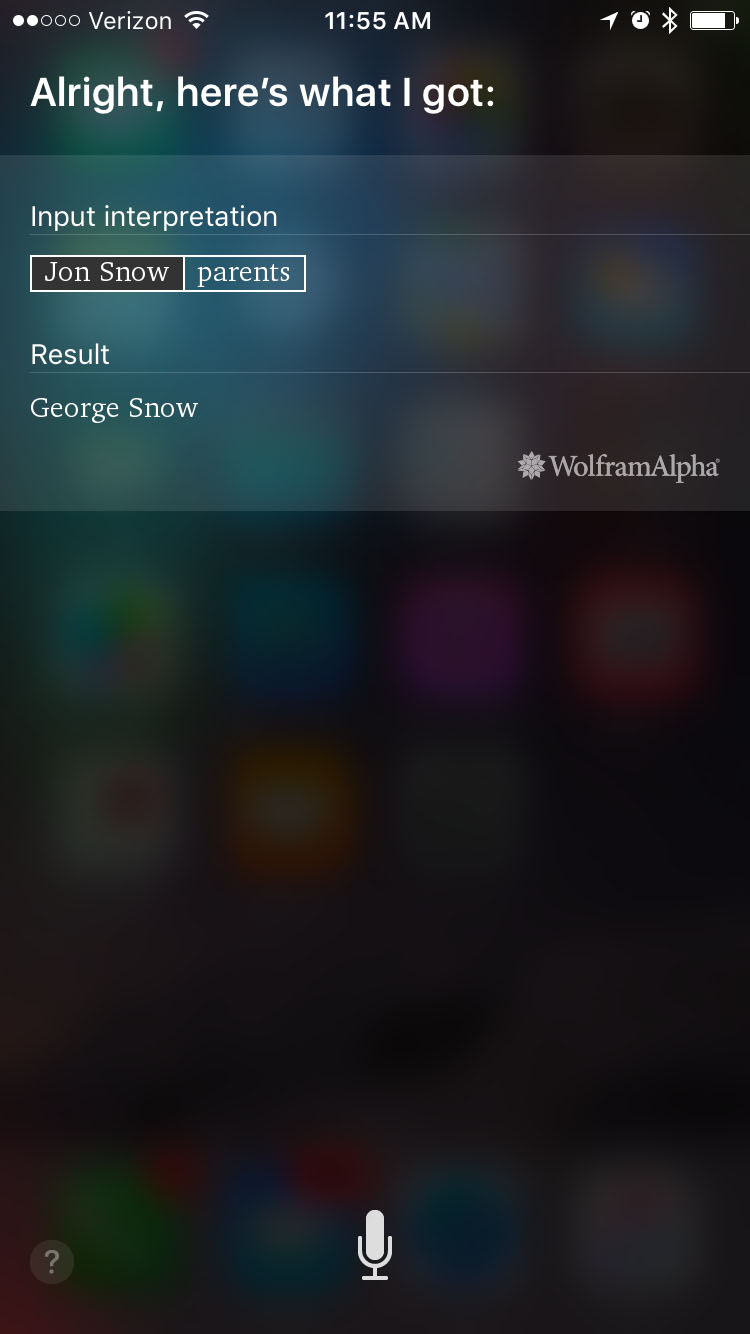