Pregnancy does a serious number on the female body. Just ask Blake Lively, whose usually lithe figure has been made more curvy by her second pregnancy. Noticing the change, Lively shared two side-by-side pictures of herself at this year’s Cannes Film Festival with a noticeably rounder derriere and captioned the image, “L.A. face with an Oakland booty,” a line she took from Sir-Mix-a-Lot’s 1992 hit song, “Baby Got Back.” 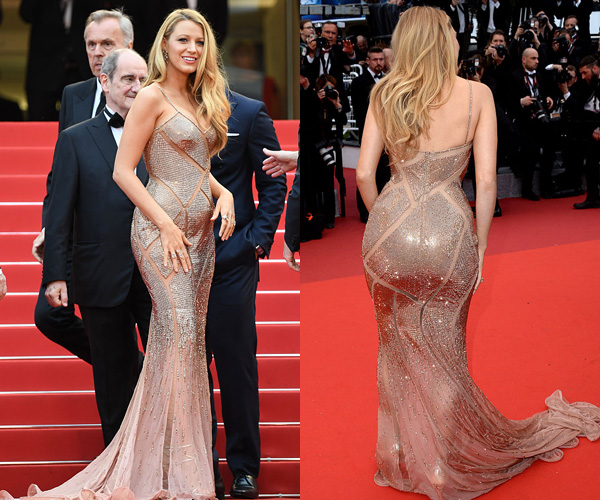 Though Lively is hardly the first famous white woman to use the phrase (Katy Perry did it back in 2012), she faced a massive backlash from people who felt that she was co-opting a body-positive song about women of color for her own use. There’s been a lot said about the controversy this week, but leave it to Sir Mix-a-Lot himself to provide a whole new level of insight.

In an interview with The Hollywood Reporter, Sir Mix-a-Lot says he’s “a little surprised at the criticism” because he actually liked the photo and thought it did his song justice.

“So, I wrote this song not as a battle between the races,” he says. “I wrote the song because I wanted Cosmopolitan, I wanted all these big magazines to kind of open up a little bit and say, ‘Wait a minute, [thin body types] may not be the only beautiful.’….I didn’t want there to be one voice. I wanted to say, ‘Hey, us over here! What we feel like is this.’”

According to Sir Mix-a-Lot, the very fact that white women identify with this particular lyric from “Baby Got Back” may be a testament to our society’s evolving perceptions of the ideal female body.

“For [Lively] to look at her butt and that little waist and to say “L.A. face with an Oakland booty,” doesn’t that mean that the norm has changed, that the beautiful people have accepted our idea of beautiful?” he says. “That’s the way I took it.”

While we wouldn’t make Mix-a-Lot’s commentary on the issue the be-all-end-all of this conversation around race, beauty ideals, and cultural appropriation — we’ll leave that to the women who balance these issues everyday — he did provide some great insight on how “Baby Got Back” remains a cultural touchstone 24 years after its release. Here’s hoping we can all figure out a way to appreciate our bodies on our own terms and let other women do the same.