Last night, Sherlock returned and it was an episode that ~definitely~ signaled a tone change for the series, setting the show on a much darker path. This article contains some serious spoilers for the Sherlock season premiere “The Six Thatchers.”

The episode began with Sherlock Holmes (Benedict Cumberbatch) adjusting to life with a married John Watson (Martin Freeman). John and Mary (Amanda Abbington) are expecting their first child and they adorably ask Sherlock to be godfather.

Since the episode begins with the usual light tone of most Sherlock episodes, it’s easy to miss the tone shift throughout the episode, so when the shocking twist at the end happens, it’s hard to believe that it’s still the same episode. Mary’s sudden death at the end of “The Six Thatchers” definitely changes the tone of the series. Sherlock and John are each dealing with the immense grief they’re facing and it looks like this may be the end of their friendship. 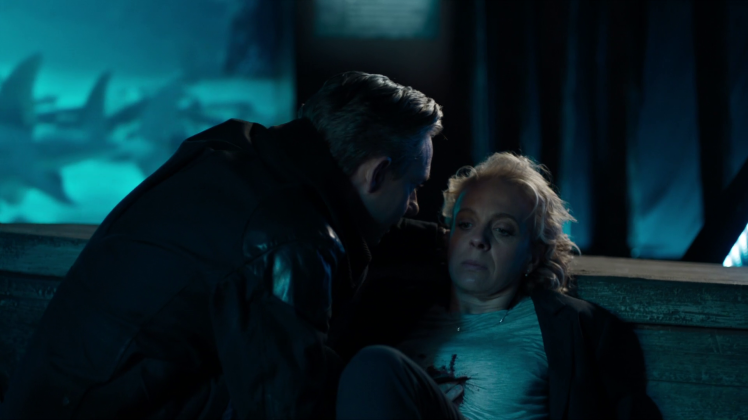 So what’s next? Co-creator Steven Moffat spoke with Entertainment Weekly about the decision to kill Mary off and what it means for the show. Moffat revealed that it was always their intention to kill Mary, and that sound you hear is us wailing.

When she was introduced in the third season, Mary was a great counterpart to Sherlock in John’s life but Moffat told EW that while they enjoyed the three working as a team, the series was always going to return to the famous duo.

“The truth is it’s never established that she died in the stories," he explained. "We just assume she died because Watson refers to his 'sad loss' which is probably a death but not necessarily. The reality of this, of course, is that Sherlock Holmes is about Sherlock and Dr. Watson and it’s always going to come back to that — always always always. They had fun making it a trio but it doesn’t work long term.

For most viewers, the tone of the episode grew darker earlier in the episode, when Mary and Sherlock realize someone is after her. But in Sherlock fashion, as we know it, our heroes were always able to cheat death. Except for Mary.

“We knew where we were going but wanted to bring it back with a proper adventure for the boys," Moffat continued, breaking our hearts again over Mary's death. "But if you just turned dark at the end that would feel like a cheat. You have to feel like you were warned and then forgot the warning. Twists only work if you have a fair chance to work it out. A dark turn in a show only works if you were sort of warned but preferred not to listen.

It’s safe to say we fell exactly into their trap. While we’re set to learn a lot more about what Mary’s posthumous message to Sherlock means and how the relationship between Sherlock and John changes next week, we definitely feel like we need to go back and watch “The Six Thatchers” again to prepare ourselves!