10 Shakespeare-inspired movies that even the Bard would (probably) love

When it comes to creating compelling characters, plot twists, and painstakingly forbidden romance, Shakespeare is, quite simply, The Dude.

As a Dramatic Lit and Theater major, I read a ton of Shakespeare in college. When I say “a ton,” I mean I’ve read every single one of his plays. Every. Single. One. That’s a lot of “thous” and “arts” and “thines” in a four-year span. Flash forward 10 years, and “to be, or not to be” is pretty much the only thing I’ve managed to retain of my education (yikes), but my muscle memory of the Bard is strong. So strong that I’m able to instantly recognize a solid film adaptation of his works (because, confession, I would much rather chill out watching Shakespeare-inspired movies on Netflix than read iambic pentameter).

Over the years there has been a number of the playwright’s plays adapted to the big screen (you’ll notice that the ‘90s looooved Will Shakes). To commemorate the 400th anniversary of Shakespeare’s death, here’s a look at 10 of the best Shakespeare script-to-screen adaptations. Don’t worry – there won’t be a test.

Mel Gibson’s passion is on full display in Franco Zeffierlli’s take on the tortured Dane King. It’s a bit campy, but the anger and agony embedded within the play is all there (I mean, it’s Mel. Of course it is). Just remember, as Cher Horowitz pointed out, Hamlet did not say, “To thine own self be true.” That Polonius guy did. 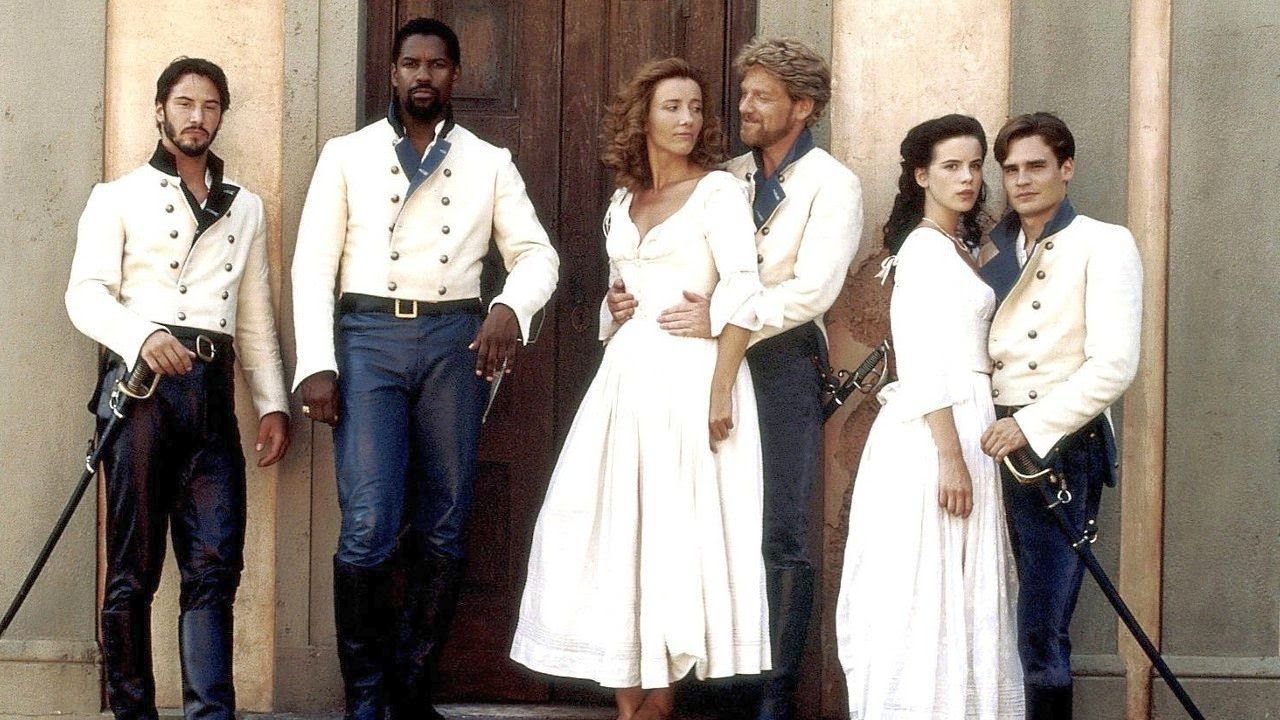 Before Joss Whedon’s recent adaption, Kenneth Branagh (a big Shakespeare guy, FYI) brought the comedy to small screen with a hodge-podge of stars that include Branagh’s then-wife, Emma Thompson, Denzel Washington, and Keanu Reeves. Yes, that Keanu Reeves. It’s a faithful rendering, and – oh, hey, Michael Keaton! Nice for you to show up as Dogberry. 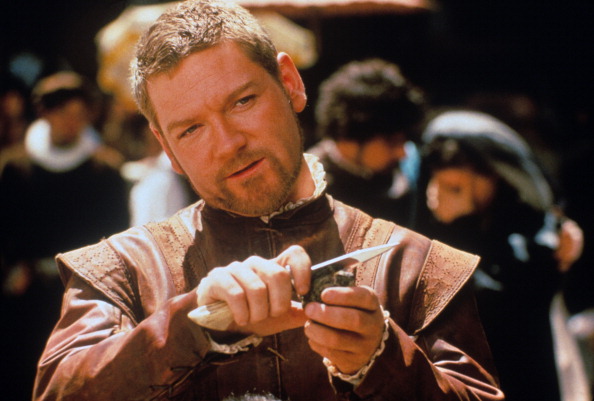 Laurence Fishburne stars as the tortured Othello, while Kenneth Branagh (told you he’d be back) is perfect as Iago (no, not the parrot from Aladdin). The first half is bit annoying (there’s a lot of talk about a handkerchief), but stay with it because the acting is amazing.

How much can change in 10 years between adaptations? Apparently, a lot. In this modern retelling, Ethan Hawke plays Hamlet and sports a beanie and a flannel shirt while doing it. A Fortune 500 company called Denmark Corp. takes the place of the country Denmark, which is run by Hamlet’s uncle (Kyle McLachlan). Julia Stiles plays a decent Ophelia (but more about her later). I like it because it says a lot of surveillance, which lends itself strongly to our current digital culture. 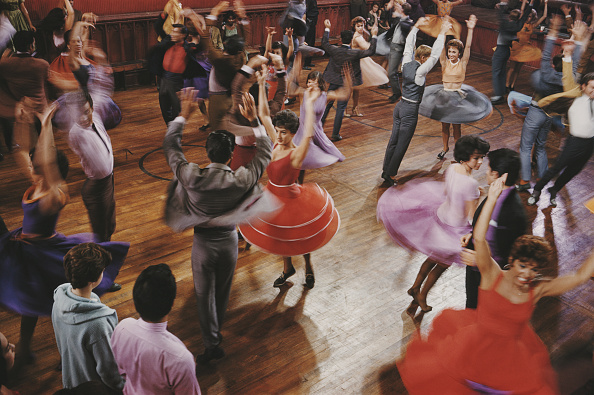 You wouldn’t think a New York musical about two rival street gangs is based on a Shakespeare play, but trust me, this is most definitely Romeo and Juliet – just with a little more flavor and a lot more finger snapping. In this version, Tony (Richard Beymer) and Maria (Natalie Wood) are the star-crossed lovers who sure do know how to dance. The music is catchy and the dancing is superb, while the love is heartbreaking (even though – spoiler alert! – Maria doesn’t die).

Okay, so this isn’t an actual adaptation but this is one Shakespearean movie you don’t want to miss. Director John Madden and screenwriter Tom Stoppard (you’ll see his name again in a bit) delivered an extraordinary film about the Bard’s life story and how he came to write Twelfth Night. It’s romantic, funny and tragic. Tons of brilliant performances here, too, including Gwyneth Paltrow and Judi Dench’s Oscar-winning roles. 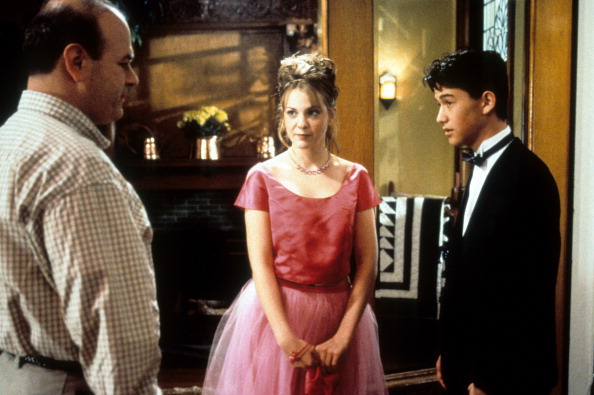 If you’re a Millennial, then chances are you have seen this flick about, oh, a gazillion times. Based on The Taming of the Shrew, the movie not only boasts a way better title, but it’s one of the most feminist Shakespeare flicks too (lots of gurrl rock on the soundtrack, too). Julia Stiles and Heath Ledger perfect as the leads. And, trust me, each time you hear Biggie’s “Hypnotize Me,” you’ll think of Stiles’ table dancing moves.

This isn’t an actual play of the Bard’s either, but it’s one of the most brilliant pieces of theater ever written. Penned by Tom Stoppard in the 1960s, the clever tragicomedy is based on two, ill-fated minor characters in Hamlet. In Stoppard’s play, Rosencrantz and Guildenstern are two bumbling friends and the story of Hamlet is revealed from their perspective. It’s a genius romp and Gary Oldman and Tim Roth as Rosencrantz and Guildenstern (or is the other way around?) are hilarious. 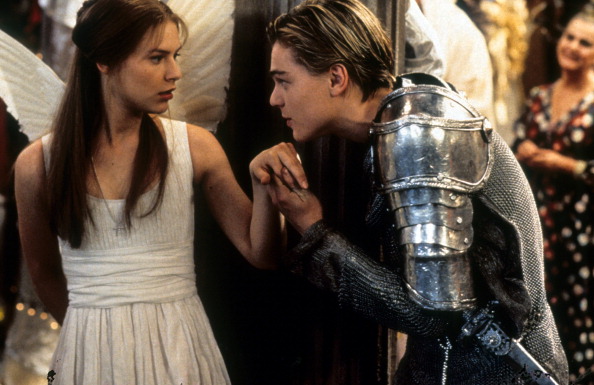