I sexted my S.O. every day for a week and this is what happened

My partner and I spend a lot of time apart. Right now, in fact, he’s over in Sydney and I’m in the States, and we’ve been separated for a couple months. Okay, I realize this sounds weird, like we can’t stand the sight of each other and we’re for sure on our way to a messy breakup, but that’s not the case at all. It’s just that, over the last two and a half years we’ve been together, we’ve figured out a formula that works for us. Part of that formula is being apart every now and again to focus on ourselves.

The best part of our, um, unconventional relationship strategy is that when we’re reunited we’re so happy and excited to see each other again that it sort of feels like we’re back in the honeymoon phase. Long dinner dates with lots of wine. Spontaneous gifts to one another. Very few disagreements over dumb things like who left the freezer open (it’s him, though, it’s always him). But there’s a downside, too. The no sex part. It’s hard to get down and dirty when you’re on opposite sides of the globe. Which is why I’ve decided to try my hand at sexting my boyfriend, to, you know, keep the fire alive.

I’ve never been one to sext or send nude photos. Not because I’m against them, but rather because I’m way too shy and, admittedly, self-conscious about the whole thing. I’m also worried that the pictures will look more like poor quality, unfunny satire rather than an attractive display of my body. But I figured now was a good time as any to give them a shot, because I do think a good nude photo can give you solid boost in self-confidence and add a new dimension of sexy to your relationships. (Whether I find nudies to be an empowering display of feminism is a different story entirely, but that’s for another day.)

There we are, you know, happy and whatnot. But I didn’t want happy for the next seven days. I wanted sexy. Even thinking about that made me giggle, though, which wasn’t a good start.

I set out some simple rules for myself:

1.Send the boyfriend a sexy pic every day for the next week, no matter how silly it felt at the time.

2.I wanted to embark on this sext experiment makeup-free as well, so I added that to the guidelines. There was something sexier in my mind (and I predicted in my boyfriend’s too) about stripping down to your birthday suit with a bare face.

Here’s what happened over the next seven days.

1. I realized I’m much more self-conscious about my body than I realized

On the first day it took me almost 10 tries to get a decent full frontal of myself — only because I was laughing so hard. It felt weird! Who did I think I was, posing naked in front of a mirror and taking an uncensored picture of myself? Some sort of model? As if.

This was more than a couple of chuckles, though. It became clear to me that I had little self-esteem about what I looked like naked. I kept taking shots and deleting them, and I found myself being critical about the way my stomach looked in a certain light. It wasn’t a great feeling, but it diminished as the days went on.

2. He reacted positively right off the bat (not surprisingly)

On the first day, when I finally snapped a good shot and sent it, my SO couldn’t believe it. His response had quite a few exclamation points attached to the end of it. He sent one affirmation after another, saying how much he loved this new act I was pulling.

I’m glad he didn’t ask why I had chosen to suddenly send him a nudie, especially considering the fact that I’ve only done it maybe once thus far in our relationship and I’m pretty sure that was a bizarre accident. He took it exactly as I wanted him to. He was thrilled. He was turned on.

He continued to live in a state of surprise over the next few days, hardly believing what was happening to his phone. One naked shot of me after the next appeared. I knew for sure that things were going well when he started making a few requests, asking to see certain parts of my body, posing a certain way, etc. Ha! I had that sucker in the palm of my hand.

3. Our messages got pretty heated

Go ahead, you can laugh. Clearly my boyfriend likes my butt. My bare bod was starting to stir things up. On the second day we had a flirtatious, graphic exchange over what would ensue when I finally arrived in Australia. It was fantastic, and it was all stuff I cannot share here, but you get the picture. In fact, by Day 4, he was sending me pics of his own. That sparked an even better back and forth of texts, one that lasted quite a while.

4. I started feeling more confident about my body 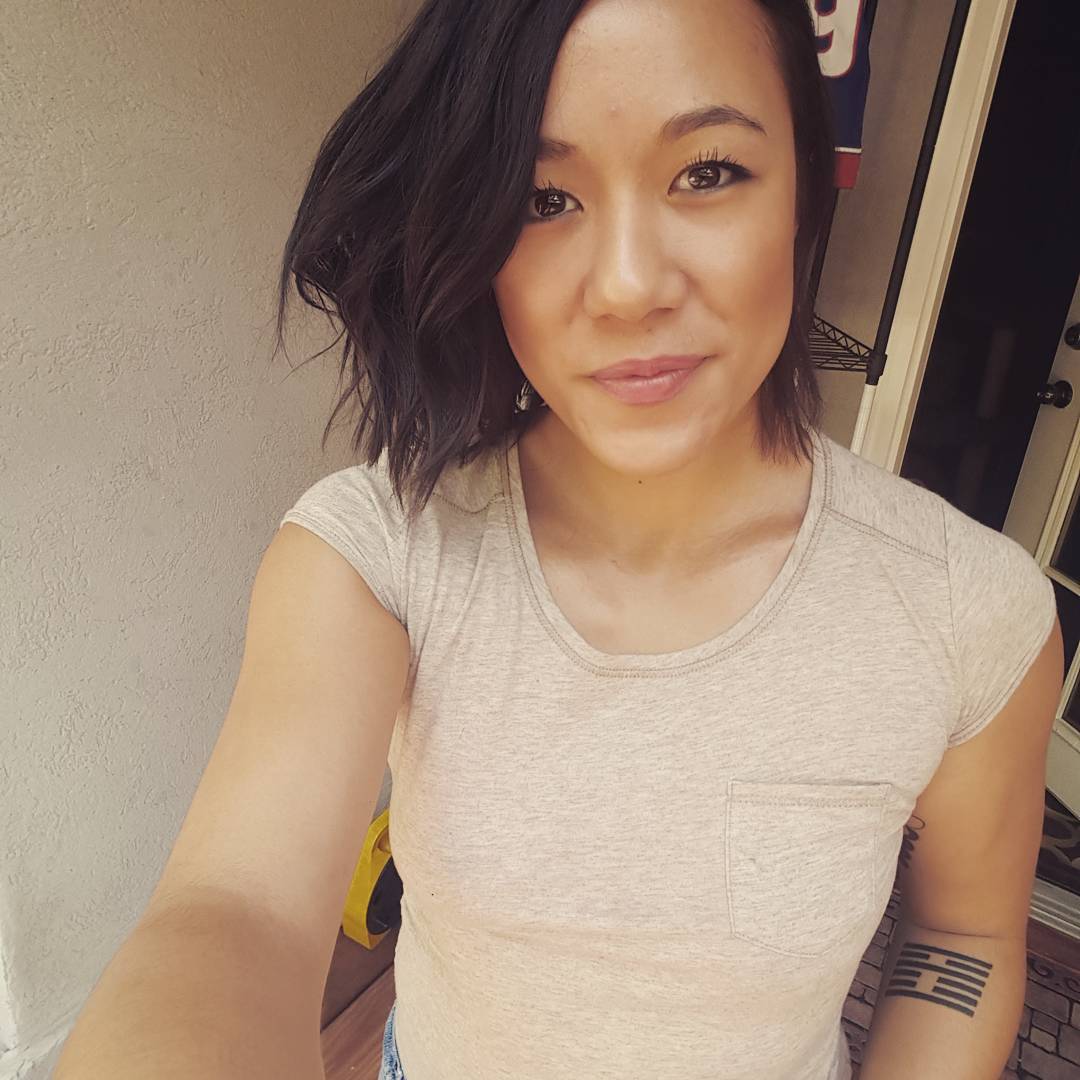 It was difficult for me at first to see myself naked in so many different ways on my phone. I’ll admit that, at the beginning, I kept comparing my body to women who I find to be beautiful, pointing out which body parts I wished were a little different. I won’t say this was completely gone by the end of the week, but there was certainly less of it. I started to see which parts of my body I loved most (yes, my butt was one of them) and I was getting better at simply appreciating photos of my body — both clothed and not — rather than trying to photoshop them in my head.

5. I was actually starting to enjoy myself

By Day Four, I was starting to get creative with my selfie game and, dare I say, it was becoming a fun part of my day. Towards the end I wasn’t even listening to his requests. I was just sending over whatever felt good at the time, and every pic was a huge hit. I experimented with poses, positions, lighting, placement in the house, etc. Even though it still felt a little silly (okay, maybe a whole lot of silly), I allowed myself to enjoy every bit of it.

6. Taking these pics was a way for me to reclaim some of my own sexuality

Because I’ve been with my S.O. for a couple years now, I realized that it’s been a while since I had expressed my sexuality alone. When you’re in a long-term relationship, there’s always someone there to help you satisfy your sexual needs, so the time you spend engaging in any kind of sexy behavior completely on your own naturally diminishes.

In a way, this sexting experiment allowed me to revert back to a time when it was just me, my body, and my sexuality. Sure, I was sending the sexts to my partner, but in the end it was less about his reaction and more about the pleasure I was getting out of it.

7. We’re even more excited to see each other now

Of course, what all the nudity did for our relationship didn’t hurt. We’ll be reunited this weekend and we cannot wait to see each other — in more ways than one. Consider it a lesson learned: Nudies really do keep the fire going. Just make sure you’re sending them to the right person. I almost had a slip up…. almost.