After 14 years together, 10 years of marriage, and our share of obstacles, I can still honestly say that my husband is pretty great. Trust me, there have been plenty of times when I’ve lashed out at him for merely breathing air around me, or for being a man with a life that is a lot easier than a woman’s, or for contributing to the mental load I feel when carrying this relationship. There have been times when we’ve felt more like roommates than lovers, but I think every partnership goes through those rough patches periodically.

But now we’re parents. And while you might think that would worsen these rough patches and make our relationship more complicated, that hasn’t been the case. My husband and I actually have a better marriage and relationship now than we ever did before having our daughter.

It took six years of back-to-back fertility treatments for us to get our child. Anyone who has experienced infertility knows the stress that undergoing those treatments and trying for a baby can put on a relationship. It was the hardest thing our marriage has had to overcome. He did selfish things. I did selfish things. We each acted of our own accords. Sometimes it seemed like we were pitted against each other, whether choosing a bar for workplace happy hour or paying the credit card bill. We could fight over anything at anytime when it was just the two of us.

Once our daughter arrived, our marriage changed again. It wasn’t rainbows and sunshine—it was more like smelly diapers and sleepless nights. I distinctly remember the night when my infant nursed on me for six hours straight when finally, at two in the morning, my husband woke out of his comfortable deep sleep and asked if I was okay. “I’ve been a pacifier for the last six hours,” I sobbed to him in the darkness of our room. “I can’t put her down or she’ll start crying again.”

Becoming a family of three when it had just been the two of us and the dog for 11 years was not for the faint of heart, but at the same time, it’s been so easy—and joyful—to slip into the roles of “Mom” and “Dad.” I think about our toddler loudly repeating my husband’s name when I call for him. I think about my husband and I trying to hold a conversation at the kitchen sink while my daughter races between my legs. I think about when I ask my husband if he can wipe our toddler’s face after dinner.

Witnessing my husband as a father lets me see him be caring and nurturing in an entirely new way. And while the daily grind of being a mom can be pretty relentless, I regularly feel a surge of sexual energy for my husband differently than I did before. What is it about him that makes him more attractive to me now, even more so than when we were first dating, even with the stress of being parents? According to Dr. Carissa Coulston, clinical psychologist and relationship expert who blogs about relationship management on The Eternity Rose, there are a number of reasons for why I feel more attracted to my husband, post-baby. 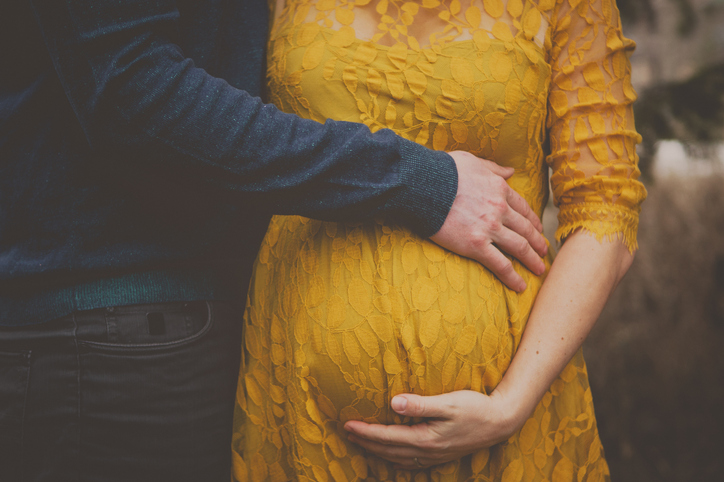 “Biologically speaking, the man has proven himself to be virile and capable of reproducing,” she explains, “and this speaks to the animal instinct in each of us. [But] when a man becomes a father, he shows a different side to his personality. He proves himself to be responsible and caring, and he can become more protective of his family.”

Coulston explains that many couples are under the impression that once you have a baby, any chances of romance have been sufficiently snuffed out. However, this isn’t really the case.

“Although coping with the challenges that a newborn throws [your way] is never going to be easy, when a marriage or relationship is strong anyway, it can become even better when a baby arrives,” she says. Coulston goes on to explain that the very act of watching your partner interact with the baby can make you fall in love with them all over again. After all, you’re seeing a different side of their personality and that can be “a powerful aphrodisiac.”

It makes sense. We have a limited time to be intimate with each other during the busy season of child-rearing. A quick butt-squeeze has become a lot more exciting when your kid is frantically trying to tell you about the mud pie they made in daycare. A knowing smile across the table when the 2-year-old is smearing sour cream on her cheeks makes you feel like a wife again instead of Mommy. Holding hands becomes more of a thing when someone tiny is waiting to rip them apart as she crawls between the two of you on the couch. Sex is better because, frankly, it doesn’t happen as much as you’d like it to anymore. 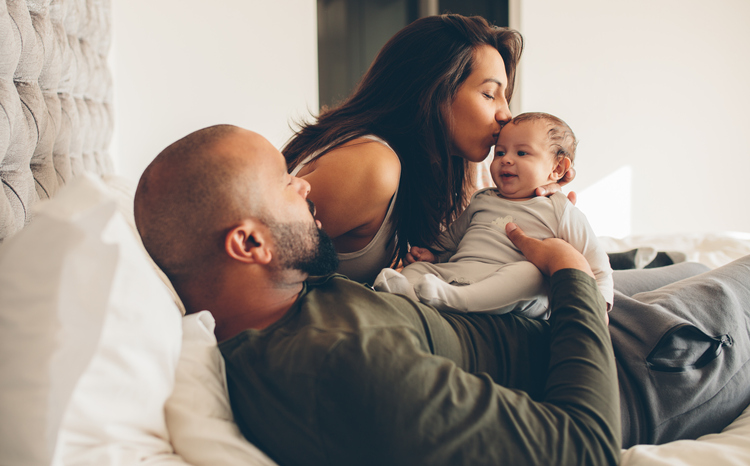 A lot of the childcare falls on me during the week due to the fact that I work from home and my husband holds a regular nine-to-five, so when I see him come home and finally get to interact with our daughter, something automatically makes me feel closer to him. Watching him change a diaper or play with a rubber duck during her bath makes me love him in new ways that I never felt when it was just the two of us. Besides, there is less time to be jerks to each other now that we are solely responsible for another human.

“It is true that a child will change the way in which the couple interacts with each other. But this doesn’t need to be a negative change, Coulston explains. “Instead, couples have a new, shared focus in their lives. This can help them to avoid nit-picking and fault-finding with each other as they concentrate their efforts on their newborn.

So yes, some marriages may fizzle once kids come into the picture. For my husband and me, it’s drawn us closer. I love seeing him toss our daughter into the air and knowing that he’ll come up behind me to kiss me afterward. Watching him do the most mundane of child-rearing things on a daily basis has made me crazier than ever for him. Maybe the sexy moments of our past don’t happen as often as they did when we were child-free and dating. Maybe I’ll never feel like buying a thong again. But this is our new normal, and I’m pretty okay with that.