SCOTUS is hearing one of the most important women’s health cases ever. Here’s what’s happening.

It’s possible that in the last few days you’ve seen the words “Whole Woman’s Health v. Hellerstedt” taking over at least one of your feeds. Those words refer to an ongoing Supreme Court case and people, women particularly, are watching with rapt attention as SCOTUS rules on a landmark case for women’s health, specifically the right to a safe and legal abortion. The issue is deeply entrenched in past cases, and relies heavily on a hefty knowledge of women’s healthcare and its history. Here’s what’s happening. 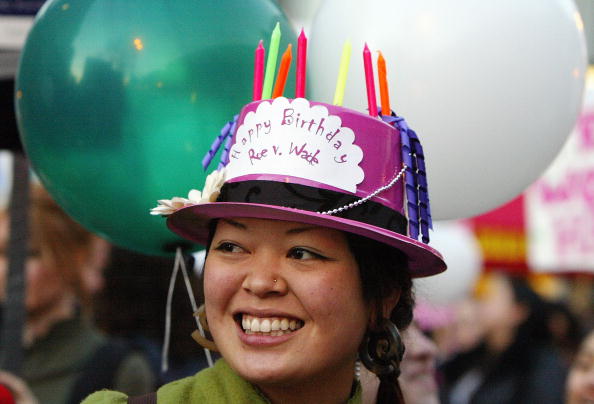 In 1973, the Supreme Court struck down a law in Texas that made it a crime for a woman to undergo an abortion unless her life was at stake. This decision, known as Roe v. Wade, became a pivotal point in the fight for fair and essential women’s healthcare, later reaffirmed in the 1992 Planned Parenthood v. Casey case which stated that a woman’s right to make these decisions about her own body was protected by the 14th Amendment.

That didn’t mean the fight was over. Ever since, women and their healthcare providers have been facing obstacles due to loopholes and three other cases that have prevented women from exercising their right to control their bodies. Which is what this new case, Whole Woman’s Health v. Hellerstedt, is all about.

In 2013, Texas passed something called HB2 which introduced a variety of restrictions specifically targeting women’s health clinics. The Center for Reproductive Rights has singled out the two main restrictions that are being protested:

Likely due to these restrictions, the number of clinics in Texas has plummeted from over 40 to just 19, as of October 2015. That number is expected to drop even more, to just nine or 10 in the whole state, leaving 500 miles of clinic-less space.

What this all means:

John Oliver wonderfully breaks down the myriad reasons why this is a problem, but the simple reason is this: women who can’t afford to take time off work, travel, and stay overnight somewhere where they can legally and safely obtain an abortion are left to resort to other extremely dangerous measures.

The position of the Center for Reproductive Rights and the five Texas clinics and three physicians filing the lawsuit is this:

The Supreme Court is listening to arguments on both sides to determine whether HB2 applies “undue burden” on women seeking an abortion, a standard established by Planned Parenthood v. Casey, as well as whether HB2 is causing a “significant reduction in the availability of abortion services while failing to advance the State’s interest in promoting health – or any other valid interest.”

On Tuesday, after years of back and forth, the Supreme Court began hearing the arguments. Broadly points out that, with the recent passing of Justice Antonin Scalia, “the court is now evenly divided between justices appointed by Democrats and those appointed by Republicans.” If each side sticks to its traditional ideologies, then we’ve got a stalemate.

What does that mean? ThinkProgress spells out the uncomfortable truth:

That’s where we stand now, anxiously waiting for possibly nothing to happen. Possibly.

What people are saying:

Outside the hearing, over 40 pro-choice speakers addressed a crowd of over 3,000 people about the importance of this case. Some of the speakers even told their own abortion stories. Sadie Hernandez, a reproductive rights advocate from Texas, spoke to Broadly about the atmosphere outside the court.

“We’re angry that our rights are being taken away but positive that we’ll keep fighting,” she said. “At the end of the day, we all need reproductive healthcare. Our work affects women’s lives. Whether this case ends positively or negatively, we’re going to be fighting.”

Users are also taking to social media to protest their views.

To stay up to date, you can keep an eye on the the transcripts, or follow the Supreme Court’s blog coverage, updated daily.