While there will always be some mystery surrounding how Amelia Earhart died, a group of scientists think they have discovered one major detail. The International Group for Historic Aircraft Recovery (TIGHAR) believes that the aviation pioneer did not die in a plane crash, CNN reports. Instead, they theorize that Earhart died as a castaway on an island.

Beyond being integral in early days of flight, Earhart was the first woman to fly over the Atlantic. When she attempted to circumnavigate the earth in 1937, she went missing and it was assumed her plane had crashed into the ocean and that she had died.

But the TIGHAR research may prove that Earhart’s plane didn’t crash and that she actually lived on the island of Nikumaroro, Kiribati as a castaway.

A skeleton was found on the island in 1940 and it was originally thought to belong to a male. But TIGHAR recovered the skeleton’s measurements in 1998 and, working with anthropologists, report that they believe it to be Earhart’s remains. (No remains of her navigator Frederick J. Noonan, who had been traveling with her, have ever been found.)

Another factor that TIGHAR says supports their claims is that she made more than 100 calls for help between July 2 — the day she disappeared — and July 6. They assert the radio would not have worked if her plane’s engine had not been running. 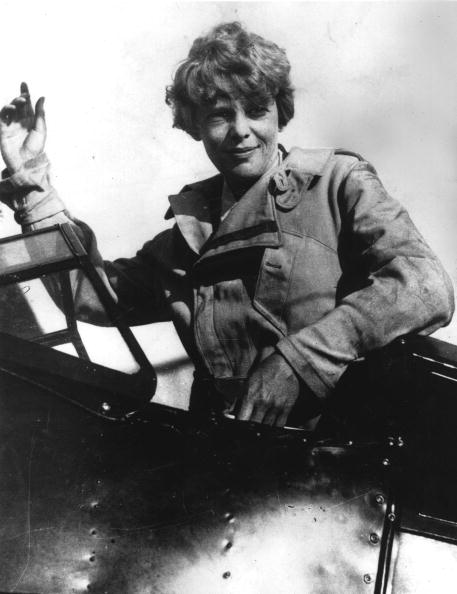 While Earhart surviving for longer than previously thought is an exciting notion, it’s also depressing to think of this feminist icon slowly dying on an island.

"We believe she survived heroically, and alone, for a period of time, in terrible circumstances. History needs to tell her story right."

Yet, it’s also important to note that TIGHAR’s claims have been met with skepticism over the years, as the Smithsonian magazine reported in 2015. The senior curator of aeronautics at the National Air and Space Museum, Tom Crouch, has begged to differ with TIGHAR’s and Gillespie’s claims.

"I think if Ric proved anything, it's that [Earhart and Noonan] never were close to that island," Crouch said. "Otherwise he would have found something definitive."

No matter how Earhart died, there’s no denying the fact the mystery surrounding what happened to her will continue to fascinate the public. And in some ways, that will help the legacy of this tremendous woman live on.