Comedy/pop-culture fans rejoice! Scarlett Johansson and Colin Jost made their first appearance as a couple. The glorious moment occurred at the American Museum of Natural History Gala on Thursday, November 30th.

The couple has kept things extremely low key since they were first spotted getting cozy at the SNL season finale afterparty last May. However, Jost did openly answer questions about their relationship in September at the Emmys.

Johansson wasn’t in attendance with Jost that night, and they actually haven’t been spotted publicly together…that is until last night.  Check it out! 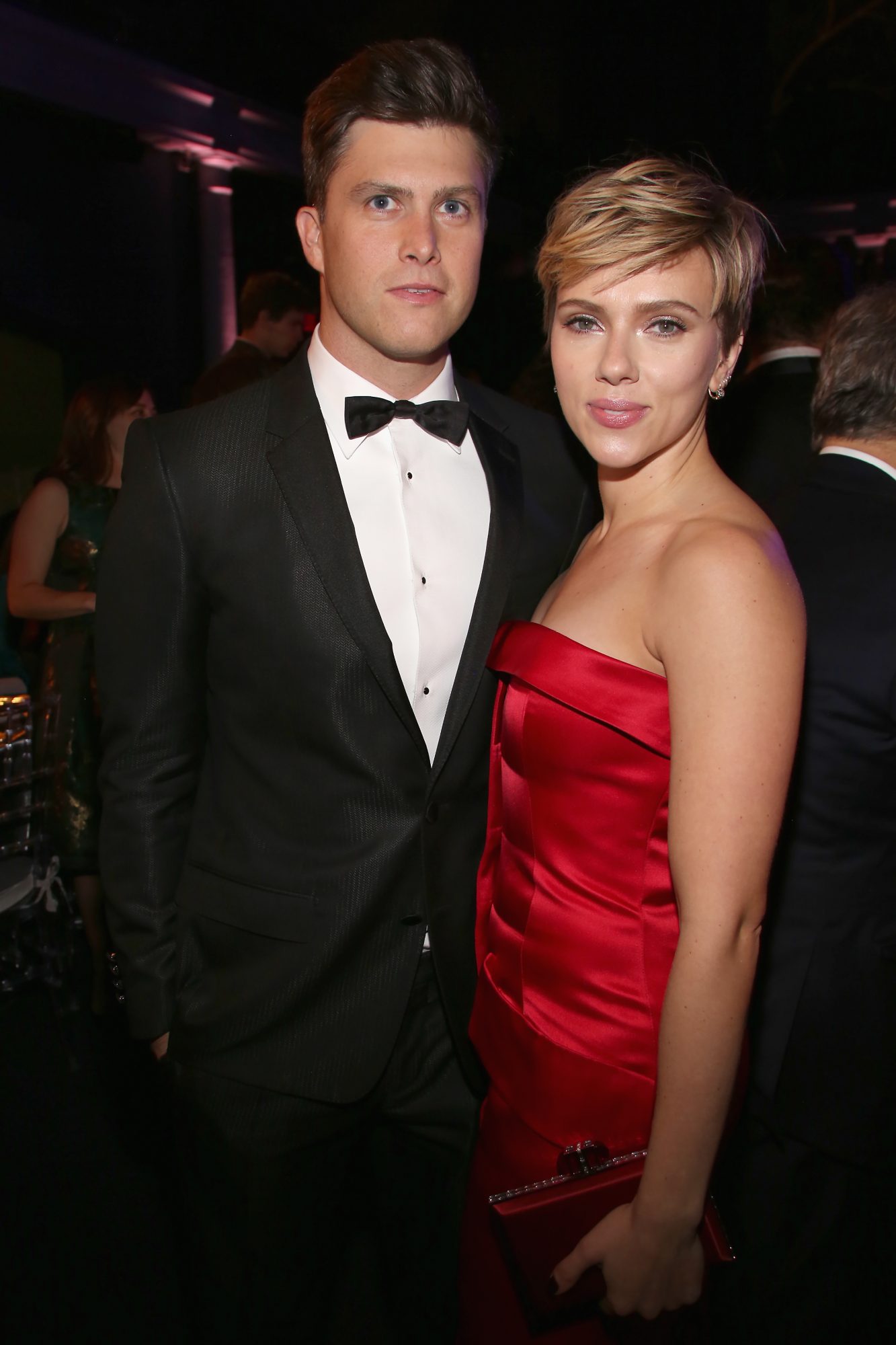 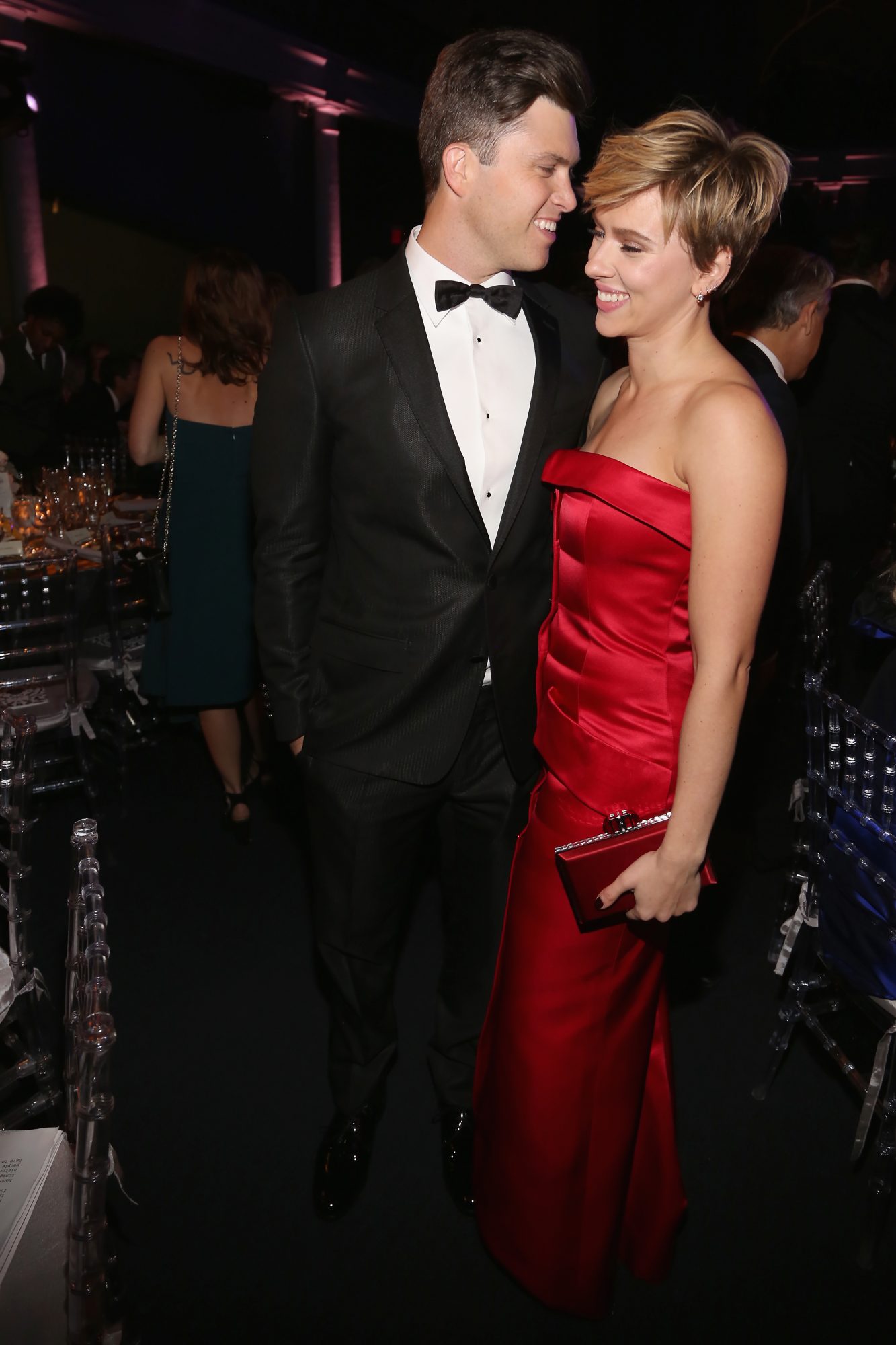 And here’s a full shot of Johansson’s dress — because it’s crazy gorgeous. 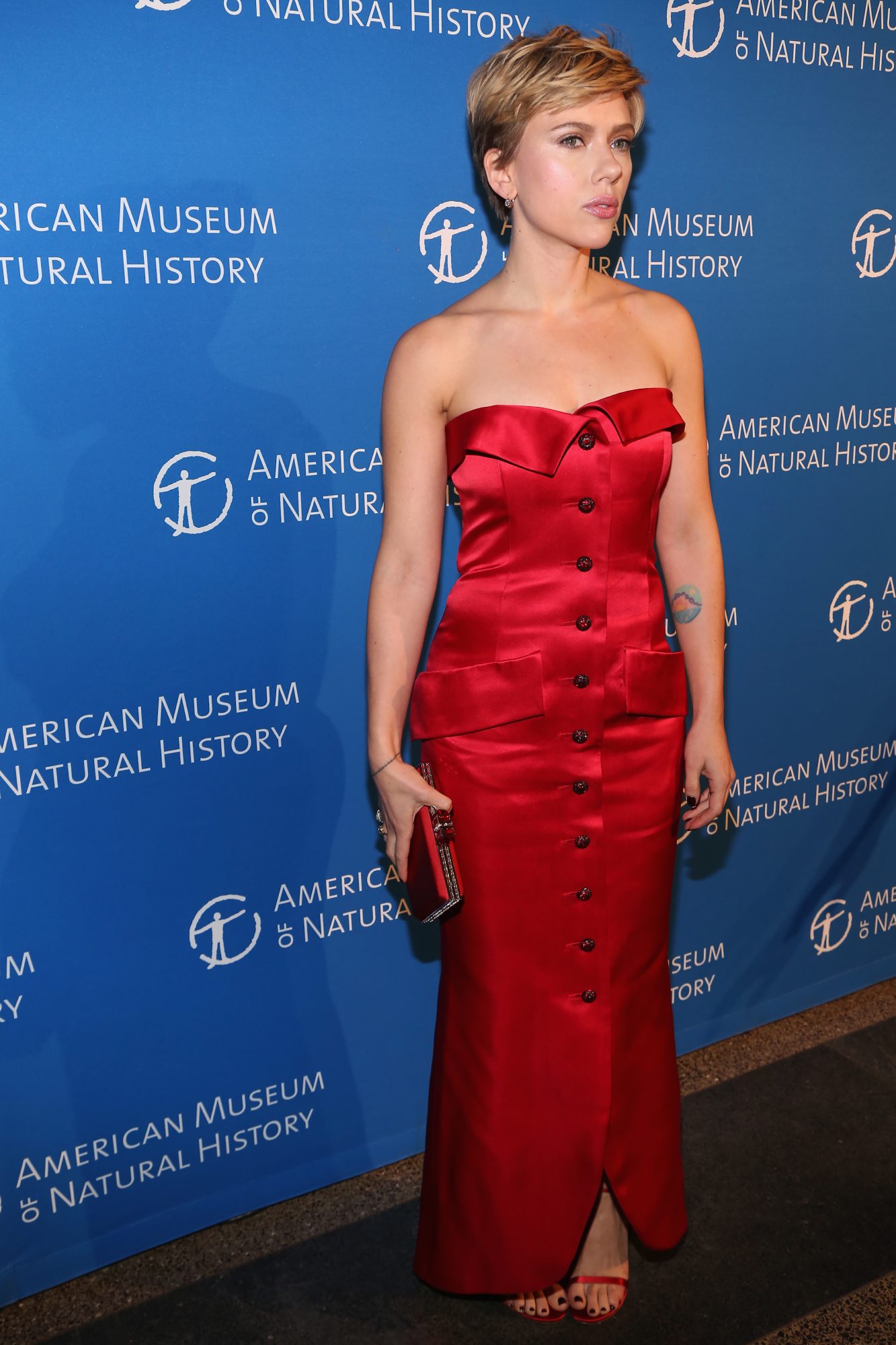 In case you’re wondering, the dress is vintage YSL, and her jewelry is Fred Leighton. We’re personally all about those buttons and accents around the hips. Perfection! And Jost looked utterly dapper in a classic black tux.

Johansson finalized her divorce with ex Romain Dauriac in September 2017, and the pair now shares joint-custody of 3-year-old daughter Rose Dorothy. While Johansson and Jost continue to stay pretty quiet about their romance, we’re hoping that last night’s appearance means we’ll be seeing more of them in the near future.

Sources have told People.com that they’re currently very happy and “in love,” and while we of course can’t verify it ourselves, we’re giddy over these pics of one of our favorite new couples.