Scarlett Johansson rocked a brunette pixie cut on the Infinity War red carpet, and she was born for it

At long last, Avengers: Infinity War is finally hitting the big screen on April 27th, filling the Hulk-sized hole in our superhero loving hearts. And last night, April 23rd, the film had its big Los Angeles premiere, bringing together the entire cast in their red carpet best.

It’s safe to say that Scarlett Johansson stole the show, showing off her new brunette pixie cut and making her red carpet debut with boyfriend Colin Jost, who she has been low-key dating for almost a year. The couple looked adorable as they posed for the cameras, but it’s Scarlett’s brunette pixie cut that we can’t stop obsessing over.

She’s always been a fan of changing up her look, but has been pretty loyal to her sandy blonde pixie for several years now. She debuted her pixie back in 2014, rocking varying shades of blonde. And while we love her as a blonde, we’re also absolutely digging the way her newly-darkened hair compliments her eyes and complexion.

No word on whether the new look is for an upcoming role, but the actress currently has four films in the works, including the next Avengers and the as-yet-untitled Black Widow project. So it’s entirely possible our favorite femme fatale will also be rocking a brown pixie very soon.

Check out Scarlett and Colin looking amazing at the premiere last night. 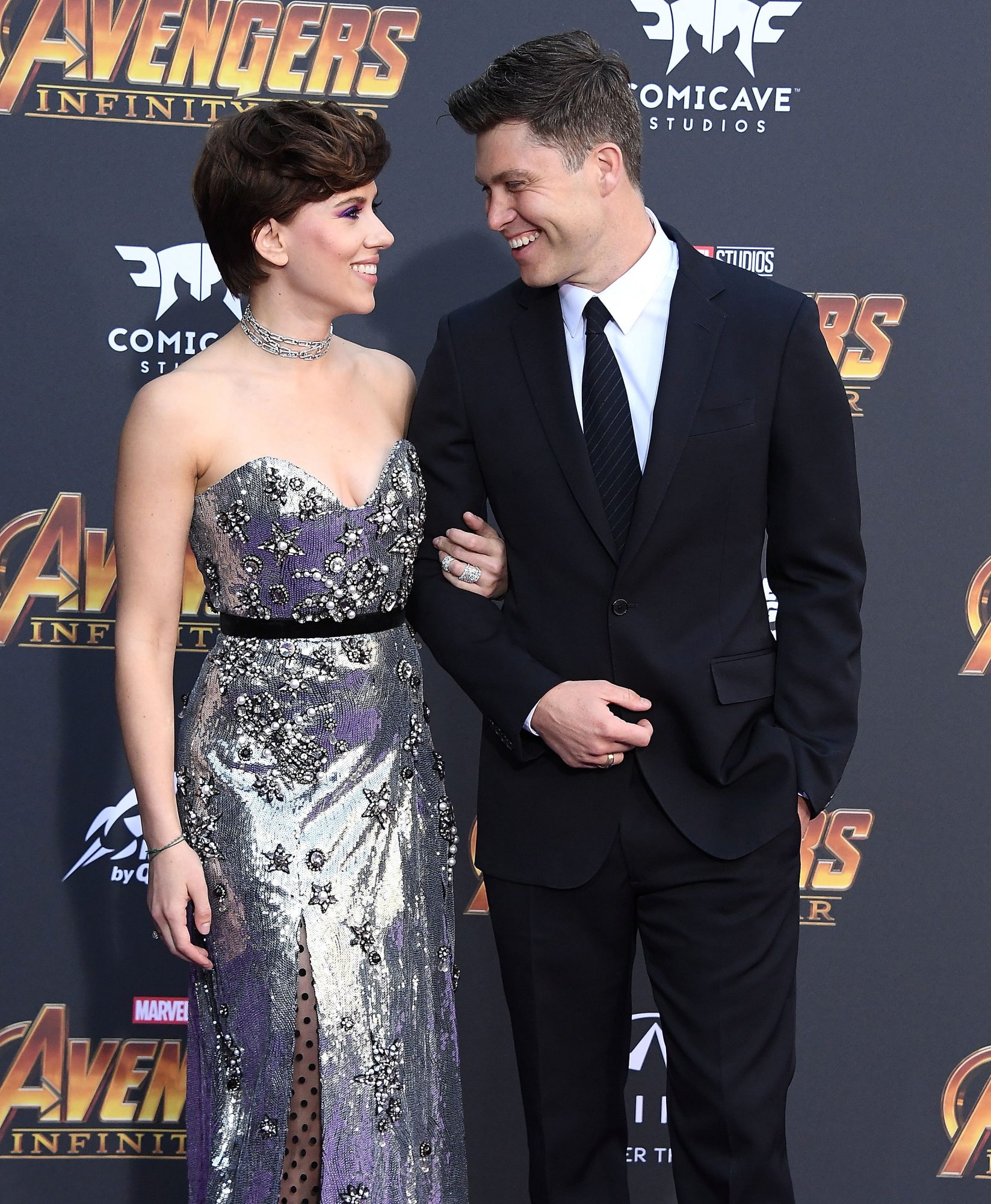 Scarlett accentuated her new rich brunette shade by rocking a strapless embroidered silver Erdem gown, which was covered in sequins and beading. She added silver jewelry, a black belt, and matching black Jimmy Choo sandals. As always, her makeup was on point, with the actress wearing a stunning purple smoky eye and a pink lip.

The pair looked smitten in their most public appearance to date. We are seriously swooning! 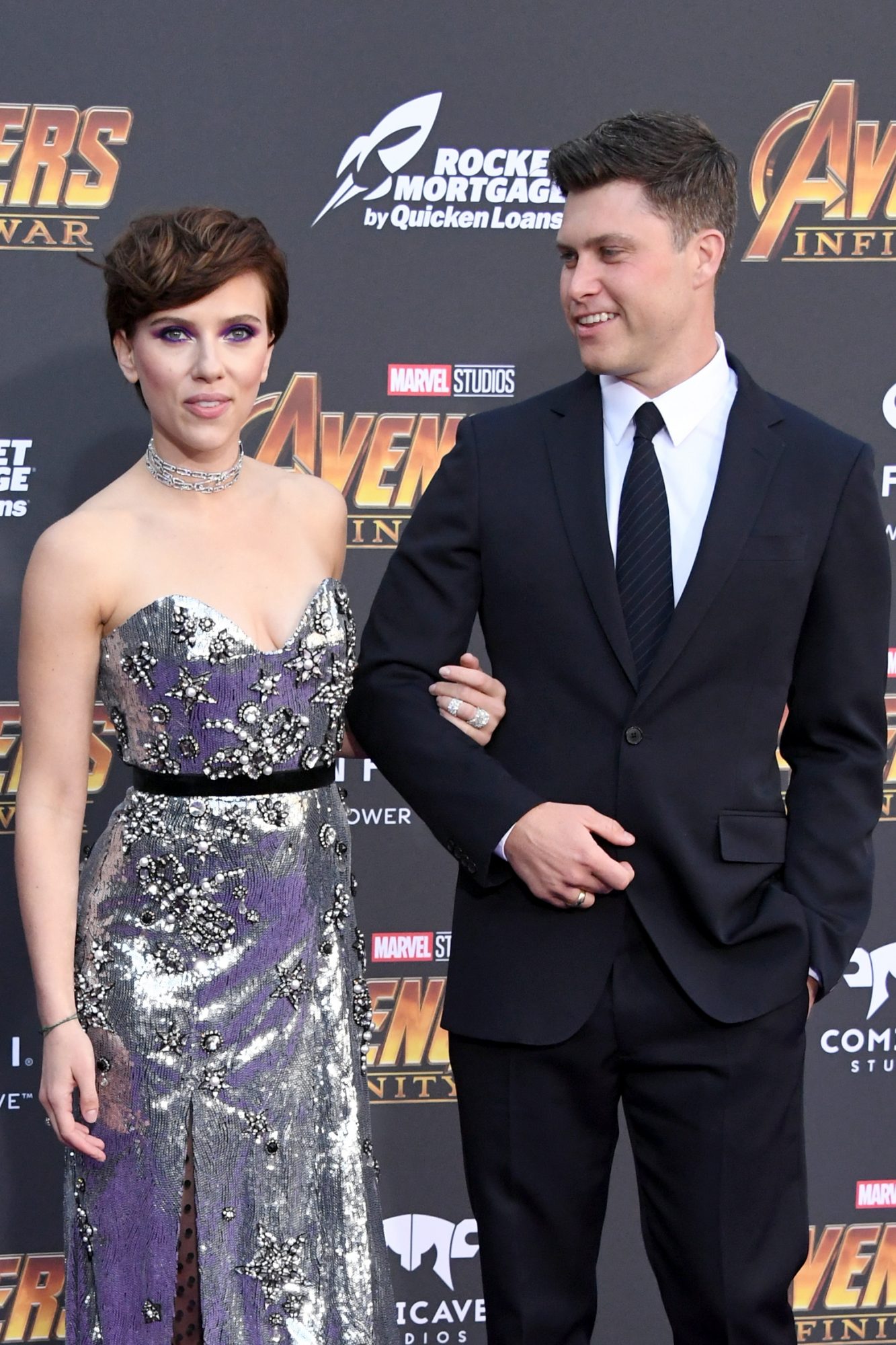