Saturday Night Live is gearing up to kick off their 42nd season in a few days. The long-running late-night sketch show will premiere this Saturday at 11:30 p.m. (add that into your schedule right now) and will feature Margot Robbie as the host, along with The Weekend as the musical guest.

In what is both a surprising, and hilarious, move – and one that is probably giving Liz Lemon heart palpations somewhere  — Baldwin has signed on for the upcoming season of SNL, but he’s not necessarily going to be one of the featured players. Instead, it’ll be like, “and, Alec Baldwin as Republican Presidential nominee, Donald Trump.” Because Baldwin is joining the show JUST to play Trump, and we’re laughing already.

This setup will probably be the same as Larry David stopping by a handful of times last season to play Bernie Sanders, which, if you remember correctly, was ?.

Baldwin is no stranger to SNL, having hosted a whopping 16 episodes before. He’s also no stranger to 30 Rock, because you know, 30 Rock. He’s set to make his first appearance as Trump in this week’s episode and we can’t WAIT. Even though this election is a literal trash fire, at least we’ve got this tiny sliver of laughter to keep us going till November 8th. 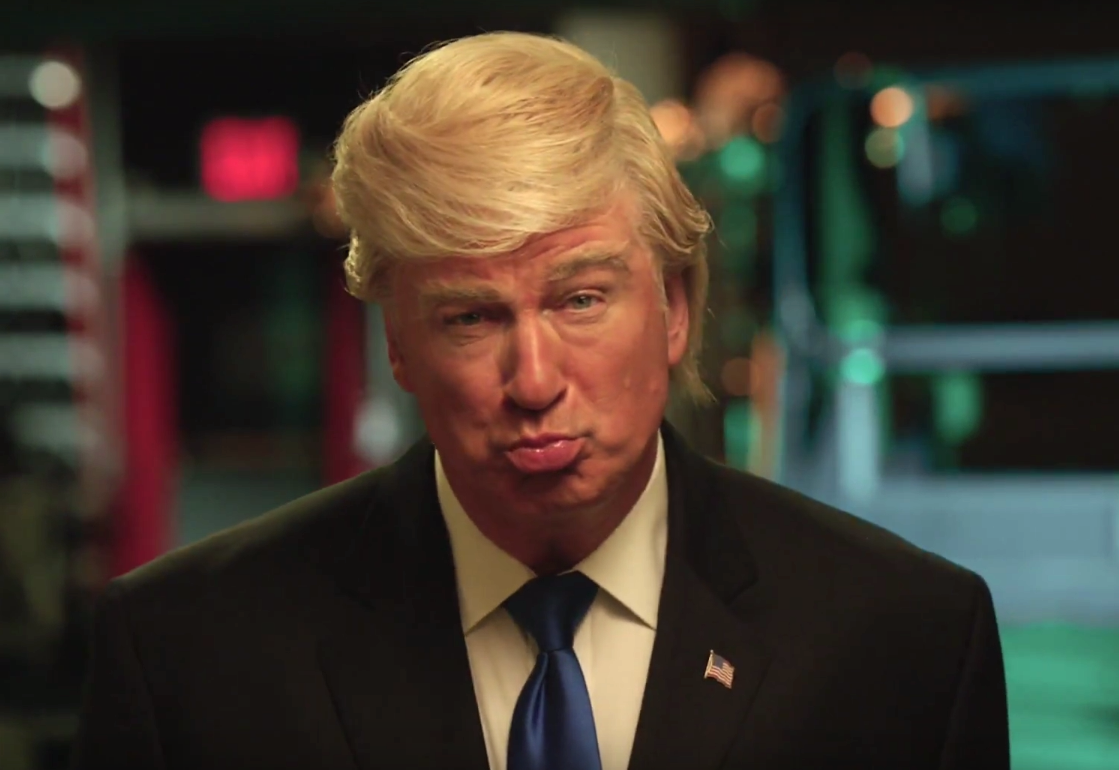