I never knew I wanted to see someone who looked like me on the cover of a book until I saw her: Evie Tanaka, star of Sarah Kuhn’s first novel, Heroine Complex. Evie has wavy brown hair, green eyes, freckles, and a tight T-shirt-hoodie combo that reminds me, at a glance, how it felt to be 15 in 2003. Like me, and like Kuhn, Evie is half Japanese and half white. Unlike us, as far as we know, she lives in a universe where evil spirits burst through portals, possess cupcakes and wedding dresses, and wreak havoc on San Francisco.

In Heroine Complex, Evie begins as the personal assistant to Aveda Jupiter (born Annie Chang), a high-maintenance superhero who employs a whole crew to handle the mundane behind-the-scenes work of supernatural crime-fighting, like managing her social media presence and taking her thigh-high boots in for cleaning. Kuhn describes the book as urban fantasy, a romance-heavy subgenre of fantasy, often featuring tough, stylish heroines (if you haven’t read a book in this genre before, think Buffy the Vampire Slayer or Charmed). 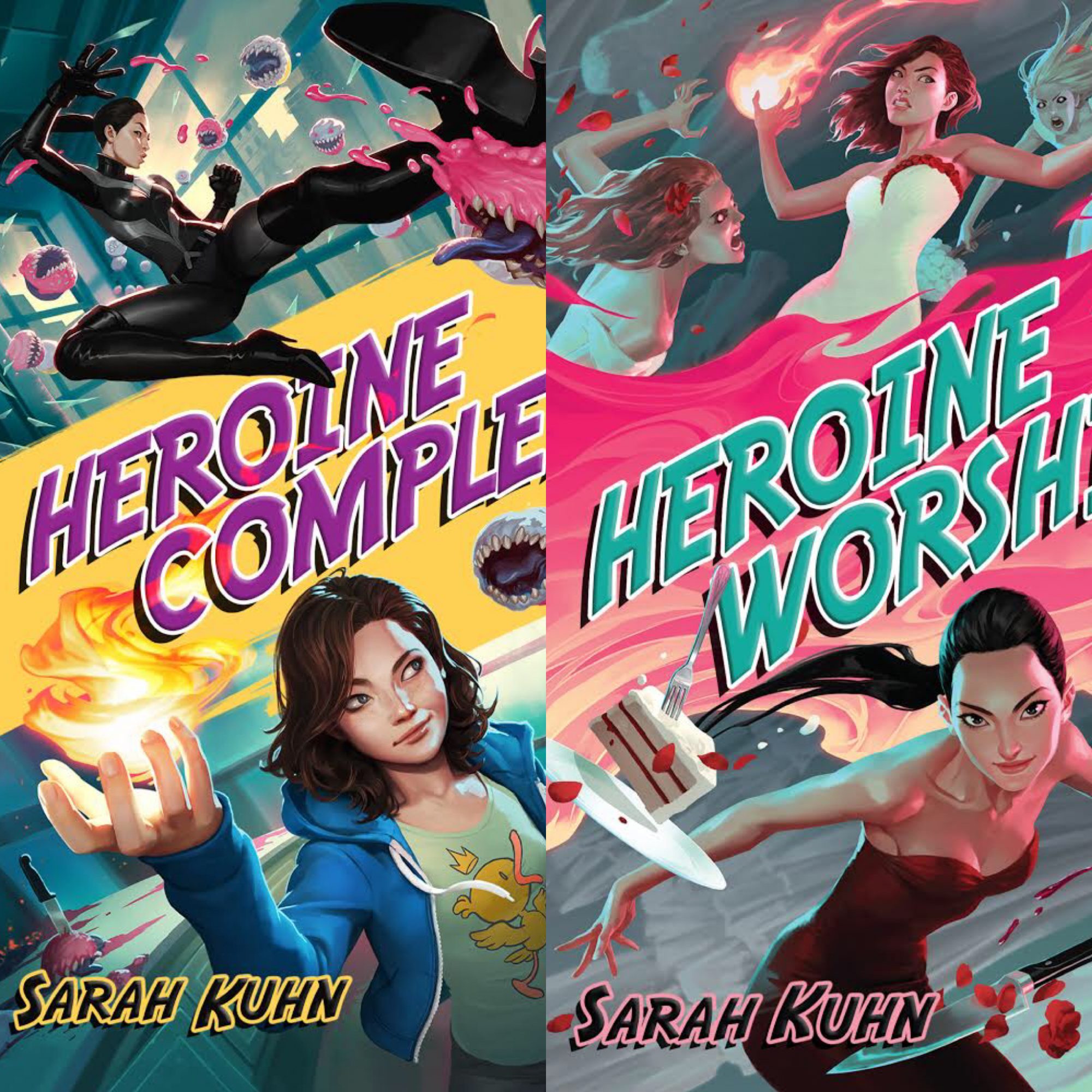 “I loved all these kickass girls in leather pants, but I was like, who has to do her laundry? Who has to clean up all these amazing messes?” says Kuhn. So she set out to write a sort of superhero Devil Wears Prada. In the process, she wanted to show women of color having fun, and in Heroine Complex and its sequel, Heroine Worship, they do. While hunting demons, Evie and Aveda also do karaoke, eat sugary cereal, and hook up with guys in places like a supply closet or the middle of a boxing ring in an empty gym.

During a time of rampant and high-profile whitewashing, particularly in fantasy and sci-fi (see Ghost in the Shell), Kuhn’s trilogy-in-progress lets Asian American women, including mixed-race ones like us, have the spotlight, not as sidekicks or girlfriends but as main characters, literally heroes, and more importantly, ones allowed to be flawed — selfish, stubborn, sensitive — and happy.

A few days per week, Kuhn writes from her favorite pink velvet couch at The Ripped Bodice, a romance-only bookstore in Culver City run by a pair of twenty-something sisters, Bea and Leah Koch. When I meet her there for our interview, she and Bea are standing at the register, chatting and petting Fitzwilliam Waffles, Bea’s little one-eyed dog and the store’s mascot, whose winking face graces tote bags, magnets, and bookmarks featuring the slogan “Smart dogs read romance.”

Until I read Kuhn’s books, I’d never read a romance novel — or at least I didn’t realize I had, since my image of them was limited to the aggressively embossed Danielle Steel books that lined the walls of my grandma’s living room. People often see romance as “silly or frivolous,” says Kuhn, “and I don’t think it’s really a secret why. Romance is mostly written by women, it centers women’s pleasure, and it centers women as protagonists and creators.”

But at The Ripped Bodice, the genre has space, in natural light, to show its full diversity. Creative displays, hand-made by Leah in the style of Anthropologie window decor, hang from the walls and ceiling. In the paranormal section, roses on thorny branches stretch across black shelves. In erotica, a tulle canopy filled with fairy lights drapes over a grand piano.

For our interview, Kuhn takes me up the stairs (where the walls are plastered with book pages and, on the landing, a construction paper silhouette of a Lizzy Bennett type with a curly updo sits with a book in her lap). According to Kuhn, the small used book room, where we sit in generous armchairs, is where teenagers sometimes come to make out, staying up there for a long time only to leave quietly without buying anything.

A self-described fangirl, Kuhn dresses in bright vintage clothes, often with a geeky twist, like white lace-up boots fit for Wonder Woman. These days, she is vibrant and outspoken, both in person and on social media — not just about geek culture but about how women, especially women of color, fit into it. Largely thanks to Twitter, she’s found a group of friends who love all the things she does, like Comic-Con and Star Trek. But before discovering her “geek girl gang,” she often felt alone. 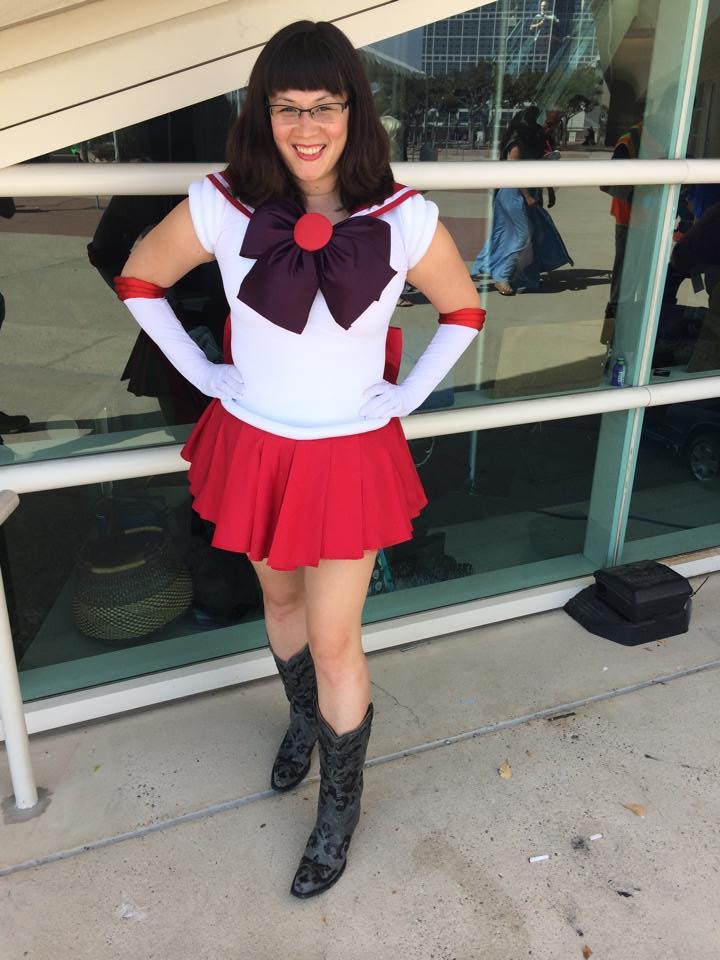 Until she wrote Heroine Complex (which came out in 2016), Kuhn worked as an entertainment journalist, covering “geeky stuff,” like Buffy the Vampire Slayer, which meant she was often the only woman in the room. By then, she was already used to standing out. Kuhn grew up in a small and mostly white town in Oregon, with parents who told her that, not long before they got together, they wouldn’t have been allowed to marry, due to anti-miscegenation laws that were only overturned in 1967. Kuhn’s Japanese American grandparents were also forced to live in a concentration camp during World War II, which they talked about rarely, often brushing the experience aside in favor of more pleasant topics. On top of being racially different from her classmates, Kuhn also loved comic books and Star Trek, which made her a bit of a unicorn, or as she puts it, “I was not celebrated for my knowledge of X-Men continuity.”

When Kuhn began writing fiction, starting with her zine-serial-turned-novella One Con Glory in 2010, she says, “I was hoping there was more than one of me out there.” At the same time, Twitter was blossoming, and she started to find women who had also been the only one: the only one who liked comic books, the only one with immigrant parents in a white community, the only one in an office full of men. 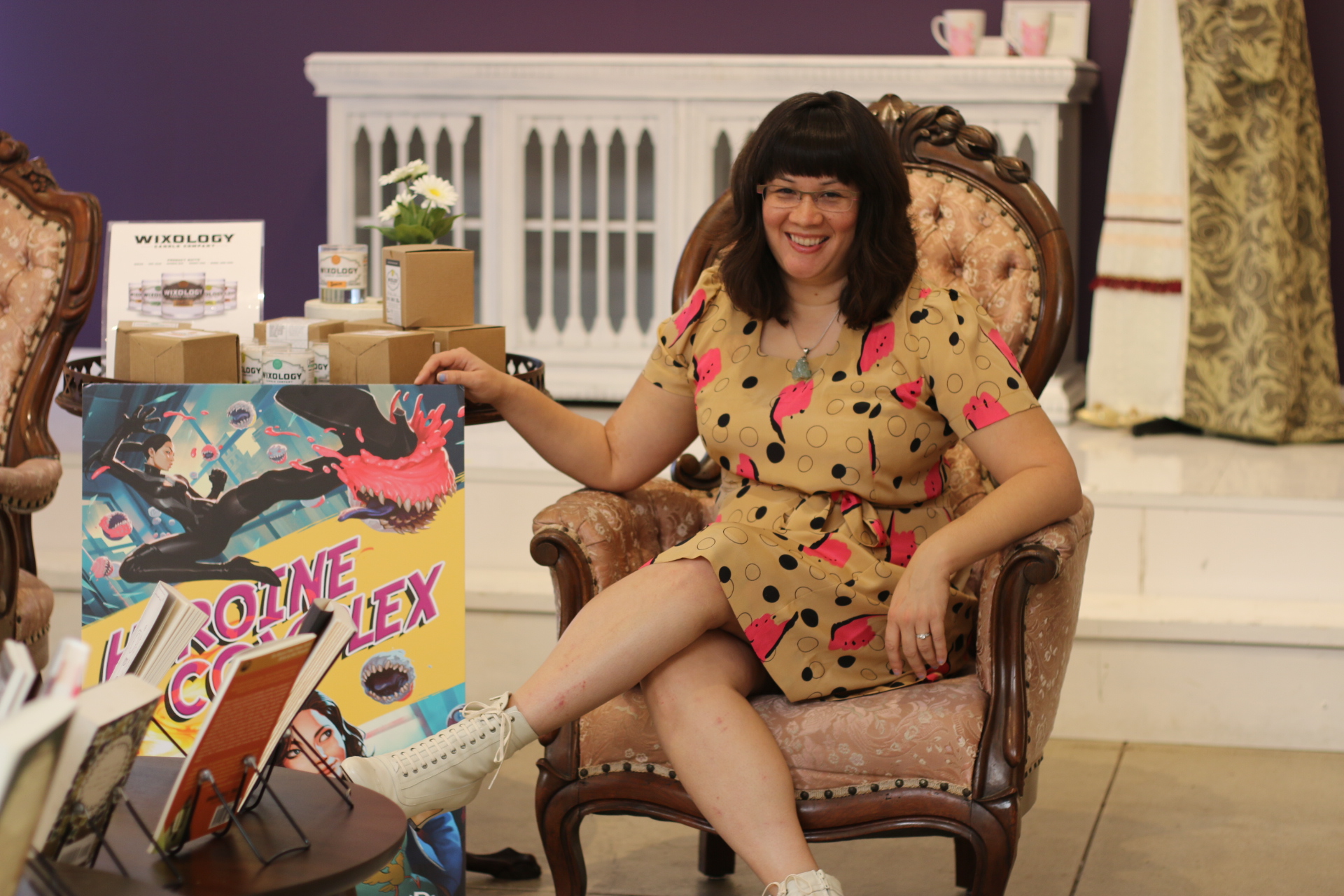 “I think geekdom has changed a lot,” she says. “I feel like women totally dominate geekdom now.” Not to say that this world doesn’t still have battles left to fight — while the past few years have given us female Ghostbusters, Wonder Woman, and Rey of The Force Awakens, women of color still hunger for representation, in mainstream sci-fi/fantasy and far beyond.

That’s where Evie and Aveda come in. Though their world is paranormal, the minute details of their lives are typical and essential, the kinds of moments that make us feel most ourselves and, until we’ve found community, most alone — like being teased for a foreign-looking lunch, or reading between the lines of an immigrant mother’s loving criticism. From the covers of their candy-colored books, Evie and Aveda send a clear message: You are not the only one.