Most know her as Haley Dunphy on the hit ABC show Modern Family, as well as a refreshingly candid voice on our social media feeds. And now, actress Sarah Hyland is getting real about a seldom-talked-about health issue, especially for women: Hair loss.

As many fans may already know, Hyland suffers from a chronic kidney condition known as  kidney dysplasia, which not only resulted in a kidney transplant but causes things like fatigue, facial swelling, and chronic pain. And one of her prescriptions for the disease apparently causes hair loss. Hyland took to her Insta Stories over the weekend of April 27th to open up about the situation, even asking fans if they knew of anything that might help.

“Help, help, help. What hair care products are out there for thinning hair, this 27-year-old would like to know. I know it seems like I don’t, but I do,” she began. “Some of my medications have been making my hair fall out. Some supplements like Viviscal and Nutrafol, I’ve talked to my pharmacist and I’m not allowed to take them because they interact with those medications.” 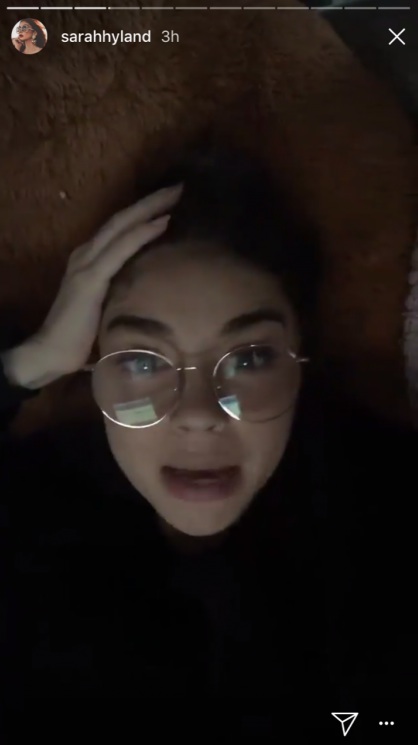 A flood of recs from fans came pouring in, with Hyland ultimately noting, "I think I’m gonna try more of the like, castor and coconut oil and avocado mix, maybe I’ll put some vitamin E in there. I don’t know... Thanks for the help, guys.

We’re not only sending all our love to Hyland right now, but we’re also sending her a major thank you. She’s helping shine a light on the day-to-day struggles of chronic illness, and we’re certain her openness will help so many others feel less alone on their journey.

Thanks for being you, you gorgeous human (inside and out).