Never forget, Sam’s brother on “Game of Thrones” lusted after Hermione Granger once

When two wonderful fandom worlds collide the world is a very happy place. And when those two worlds in particular are Game of Thrones and Harry Potter it’s EVEN BETTER.

Here’s a side by side of actor Freddie Stroma as Dickon Tarly in Game of Thrones Season 6, Episode 6, “Blood of My Blood” and as Gryffindor student Cormac McLaggen in Harry Potter and the Half Blood Prince. 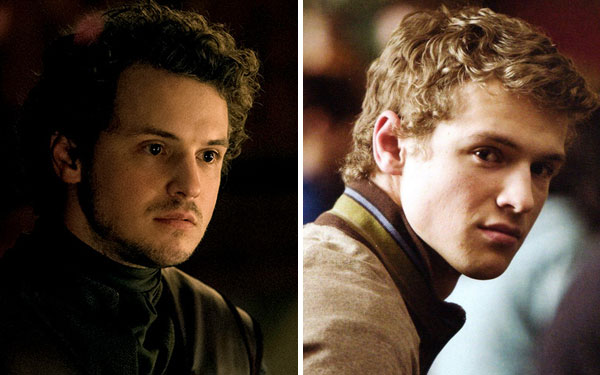 Dickon, as we all know, is Samwell Tarley’s younger brother and heir to Horn Hill, the seat of House Tarly. He’s pretty much the opposite of Sam. Meanwhile, Cormac McLaggen was this buff Hogwarts kid who had the major hots for Hermione; he basically hit on her non-stop during the Slug Club dinner and Christmas party (and she was not into it).

Although Stroma took on these roles almost half a decade apart, the characters seem to have a lot more in common than meets the eye…

They’re both VERY into eating.

And have ~pretty good~ athletic skills, too.

They also lay the charm on THICK at meal time. At least, they try to.

Basically, Freddie is totally lovable in both these roles despite the characters being kind of annoying. So, let’s take a moment to appreciate his lovely appearance in both.