October 11th was National Coming Out Day and the month of October is LGBTQ History Month. Throughout the entire month, HG contributors have shared how their lives and sexualities intersect.

Thankfully, relationship roles have gradually evolved over the years, with many couples opting out of the stereotypical roles that society has ascribed to their gender. There’s nothing wrong with taking on certain roles in a relationship, but role expectations based on gender have been stifling — and even harmful — to women. But what about in same-sex relationships? Do queer couples face the same gender role challenges?

(Queer relationships are not particularly well understood by straight people.)

I get asked “Who is the man?” so often that I’m running out of clever responses. While there is obviously no man in my lesbian relationship, I do often think about the roles we inhabit in our daily life as a couple, and how they relate to our gender expression.

Despite the fact that we are both queer and feminist AF, at times, my relationship seems to reinforce heteronormative gender roles.

But we’re not the only ones. According to a study published by the American Sociological Association, gendered stereotypes are so deeply ingrained in our society that even same-sex couples are not immune to it. 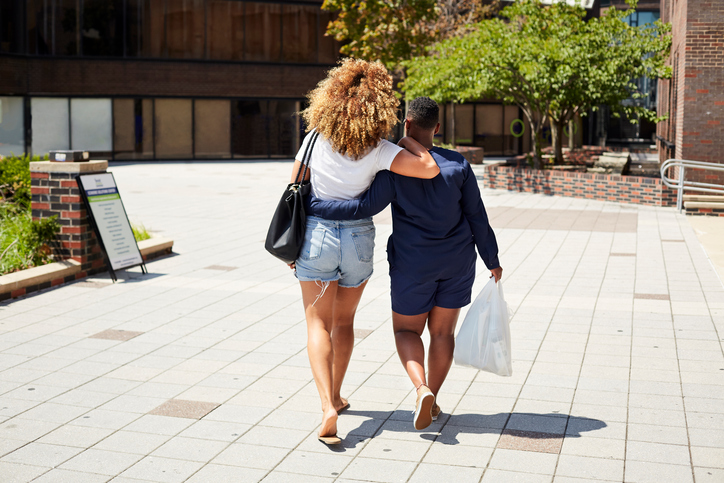 Gender is a social construct and binary gender roles have oppressed women and queer people for centuries. Women are socialized to believe their value lies in their beauty and sexuality. Women are said to be nurturers, not leaders. Yes, ideas of gender are evolving, but we still look to women to be the primary caregivers to their children. Hell, there are still some people who think a woman’s main purpose is to procreate.

The opposite is assumed for men. Masculinity is about power, domination, and leadership. Men are socialized to be more aggressive. They are thought of as more analytical and more capable to lead. Men aren’t supposed to be at home raising their children; men are supposed to be running businesses. These assumptions have created the toxic patriarchy that feminism seeks to dismantle.

Because I’m a feminist — and a femme lesbian — my relationship is not the only time I’ve worried about my gender expression reinforcing patriarchal norms.

I wear heels, makeup, feminine jewelry, and dresses — but I’ve come to learn that feminism is not only about defying gender binaries. Feminism also rejects the idea that there is any part of our genders, gender expression, and/or sexualities that should be dictated by other people’s expectations. 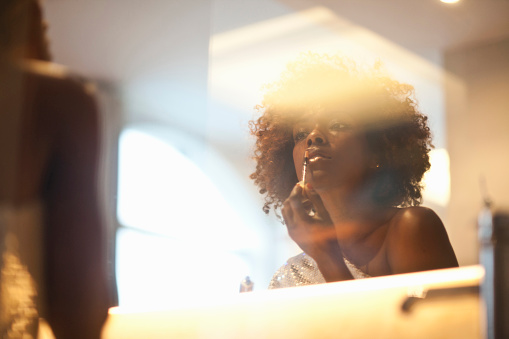 My wife and I have been together for almost four years now. Successful relationships require participation from both people. Our marriage is a partnership. We work well together, but I tend to be the nurturer. I do most of the cleaning and cooking, and I work from home. My wife is genderqueer and presents masculine of center. She fixes things around the house, watches a lot of sports, works outside the home, and makes more money than I do.

So how do I reconcile my feminism while sometimes reinforcing traditional binary gender roles?

While my wife and I find ourselves falling into stereotypical roles related to our gender expression, our relationship is much more nuanced than that. And so is our feminism.

We’re free to determine our role in the relationship independent of our gender expression. I do most of the cleaning and cooking in our relationship, not because I’m femme, but because I thoroughly enjoy it. I also tend to think I’m better at it. My wife fixes things around the house, not because she’s masculine, but because she actually knows her way around a tool box. Due to my fear of playing into people’s perceptions of lesbian butch/femme relationships, I do find myself awkwardly downplaying our roles when I’m talking to straight people or other feminists. I brag to them about painting most of our condo myself; I talk about enjoying “butch-like” projects, like refinishing old furniture.

But are we contributing to the toxicity of heteronormative stereotypes, despite the fact that our roles are determined organically? I don’t think so.

The solution for gender equality is not to simply switch the roles in our relationships because they can seem “problematic.” If I had to wait on my wife to cook everyday, I wouldn’t eat very often. Relationships can be challenging enough without putting the weight of the feminist movement on them. An equal partnership doesn’t require dividing all responsibilities exactly 50/50, even feminist ones. We need a world where roles aren’t defined by gender.

Instead of assigning a gender to behaviors, our focus should be removing stereotypical gender expectations.

Just as sexuality and gender can be fluid, so can relationship roles. Cooking and cleaning shouldn’t be considered “women’s work,” just as leadership and being the “breadwinner” shouldn’t be synonymous with masculinity. Ultimately, feminism’s goal is a gender equal society — one where anyone can act as they wish, regardless of whether it’s traditionally “feminine,” “masculine,” or somewhere in-between.