“Salt tooth” is a real thing, and we feel so validated

Attention, salt lovers! There may be a genetic reason for why you always seem to crave chips and pretzels.

A study presented November 13th at the American Heart Association’s Scientific Sessions meeting in New Orleans found that individuals who have a variation of the TAS2R48 gene are almost twice as likely to overconsume sodium than individuals without this genetic variation.

Basically, instead of a "sweet tooth," they have a "salt tooth."

Researchers believe this has something to do with how we taste. A 2010 study found that people known as “supertasters” experience flavors like bitterness, saltiness, and sweetness more intensely than people without these specific taste receptor genes. 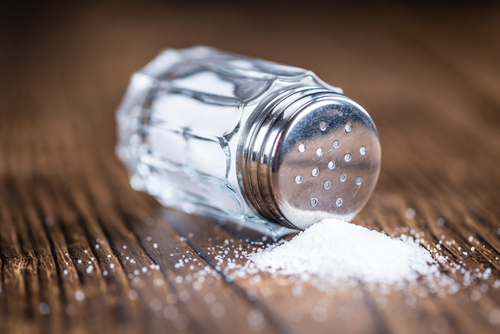 Despite their sensitive palates, supertasters are not overwhelmed by salty foods. In fact, they are more drawn to salty snacks than their average-taster peers, a preference with potentially dangerous consequences. Overconsumption of sodium has been linked to an increased risk of high blood pressure and stroke.

The researchers behind this study hope the findings can be used to help people select the best foods for their tastes.

“By identifying which gene variant a person has, we may be able to help them make better food choices through education that is personally tailored to them,” said Jennifer Smith, the lead author of the study.

So if you’re lusting after some salt ‘n’ vinegar chips, you may be some sort of tasting superhero. But remember, supertasters: With great (tasting) power comes great responsibility (to take care of yourself and your health).