How morning runs through cemeteries became my greatest stress reliever

April is Stress Awareness Month. On HelloGiggles, we are talking about the routines, habits, and activities that unexpectedly keep us calm and grounded in a society where harmful, high levels of stress are dangerously normalized.

When it comes to managing stress and anxiety, I’ve tried it all: Therapy. Deep breathing. Yoga. Worry stones. Visualization techniques to ground myself. Full, mindful body scans. Counting. Journaling. Every. Last. Thing. The point is, if it’s been suggested—and claims to relieve stress—I’ve pummeled my way through in hopes of eliminating some of the weight that seems to press me into the earth. But nothing has worked for me like this one untraditional coping mechanism. It not only calms my mind, but reminds me of one simple yet undervalued truth: I’m alive.

This feeling comes to me during my morning runs…through the cemetery.

As a working mother of two who is simultaneously managing my career, personal life, and mental health disorders, my stress and anxiety levels hover high on the 10-point scale. I go to bed worried about the next day, I spend the next day worrying about the evening, and the evening worrying about the rest of the night. I have multiple side hustles to pay the bills, I write books, and I have a day job. My kids are only 7 and 12 years old. The to-do list never gets shorter, and the cycle repeats day after day. There is no clear break in the pattern, and because I don’t have an off switch, each day blurs together with more stress and anxiety.

Though I could blame the recent separation from my husband of 11 years for increased stress (I’m doing this all on my own), the fact is that I’ve been this way since exiting my mother’s womb. To live any other way would feel so incredibly disingenuous. Still, hovering in the middle of a 10-point scale wouldn’t be as bad.

When I’m in the cemetery, I feel myself pulled closer to those smaller numbers, because I’m closer to the truth of my existence altogether. 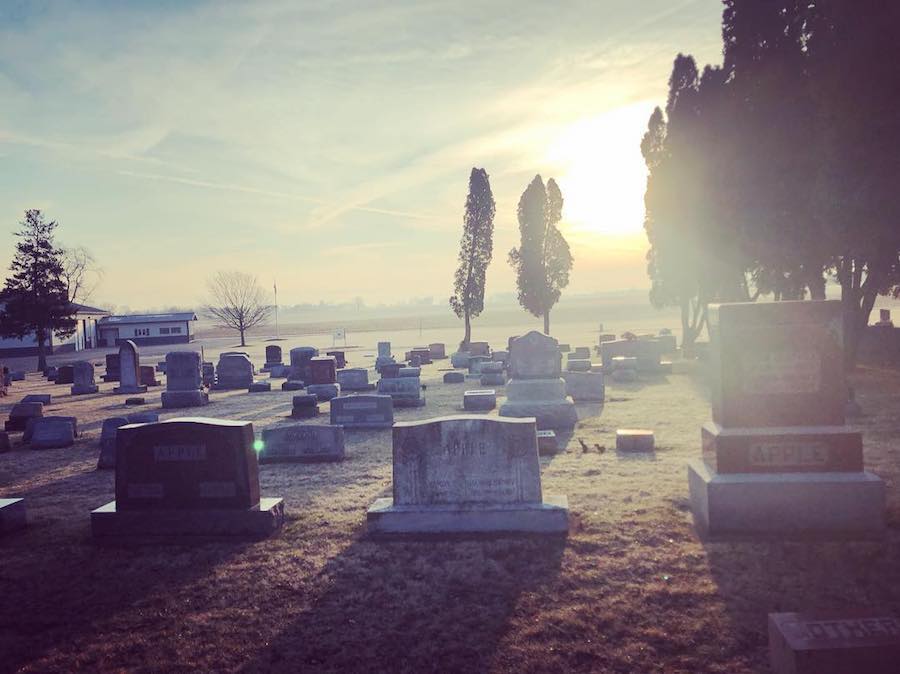 I wasn’t athletic in high school, or for many years after that. The birth of my son gave me a reason to try something new before my mental health completely snapped me in two. Funny enough, I didn’t start running to level the severity of my disorders, but to reduce the phenomenon known as A Mother’s Guilt ™. This condition happens when you try too hard to maintain who you were before having a child. Later, when you simply can’t keep up with your old lifestyle, you punish yourself for thinking that you could ever be the same woman after something so life-changing. It’s an impossible standard that I held myself to: Being everything to everyone and pretending to have it all together, even when I didn’t.

A debate raged on in my mind: If I went back to work, I felt guilty. If I stayed home, I felt guilty. If I didn’t hold my baby enough, I felt guilty. If I held him too much, I felt guilty. When I calculated the disruption to my daughter’s life because I had another baby, I sometimes felt like I’d actually combust. Like my veins were expanding with every new stressor until, one day, they would burst open. After surviving severe postpartum depression (PPD) that nearly ended my life five years earlier, I knew I had to find something, anything, to reduce my stress level—for the sake of my children, and me.

Running did not come easily at first. Some seven years later, it still doesn’t. I have asthma, so I struggle to maintain my pace and breath. But in the time since my first 5k, then a few half-marathons, and full marathons, and even a 50k, I’ve found something no other mechanism had offered.

We live a mere block away from a beautiful cemetery, and only one mile away from another. But I’d never thought about running among the dead until I had a serious mental health breakdown in the summer of 2014. I’d been running regularly for two years at that point, and I’d already walked through the cemetery paths many times before. Once my depression and anxiety all but consumed me, I suddenly found myself running laps between headstones almost exclusively. It was a way of grounding myself back into reality.

There’s a rhythmic comfort to running cemetery rows, and I’m never truly running alone. Those buried have become names I know; people I run towards when the world crashes down around me.

The sight of birth and death dates etched in stone and granite are visual reminders that this life does not last forever; that I am bound to the same finite space as those buried. The juxtaposition of this finality with my own conscious breaths somehow relieves pressure from those veins pulsing with mania; it reverses that combustion into something more tangible, concrete: I am still here. 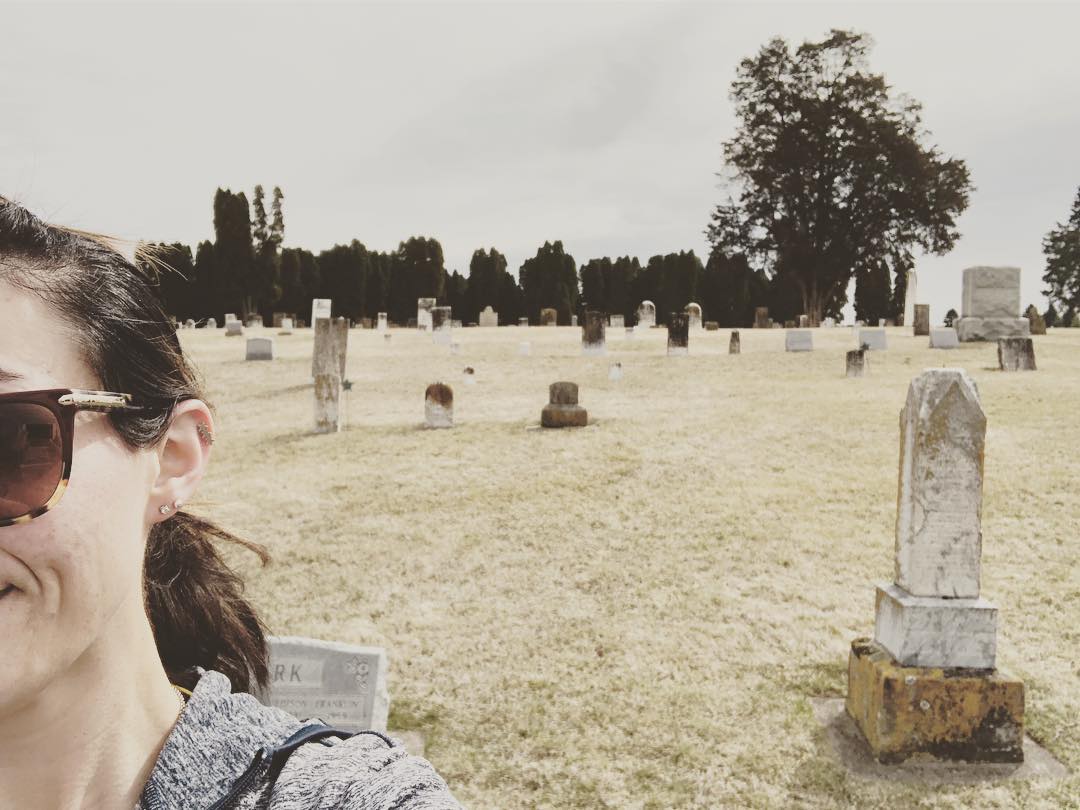 I’ve run along the beaches of the Atlantic and through the streets of Boston. Yet nothing heals me like the woven pathways through a cemetery. The strangers buried there have seen me cry more than the living. They’ve given me a new opportunity to explore life and death in its simplest, most honest form—the biggest, boldest reminder to live every day like it’s my last. Because it very well could be.

Running through the cemetery has become so much more than a coping mechanism. It’s symbolic of life, death, and how I fit into both. When I run past headstones of children, I’m reminded to hug my own a little bit tighter. When I’m out of breath past the mausoleum, I think of how we’re all connected; generations of past, present, and future. We’re all on the same journey: We live, and we die.

Maybe, one day, I’ll find a different way to manage my stress and anxiety. For now, I can’t help but idle towards the only three things that have never betrayed me in this life, or any other: the sun, the moon, and the dead. Considering where I’ve been, and where I’ll someday go, the cemetery is the reason I’m able to say, “I’m here now. And that is enough.”