You most likely never noticed this bizarre detail in “Rugrats”

Growing up in the ’90s, there were no greater heroes than Tommy Pickles and his crew of diaper-wearing babes in Rugrats. They braved the playground alone. They discovered the origins of Chanukah and battled the evil Shlomo (in their imagination, but whatever). They stood up to the brattiest of brats, Angelica Pickles. 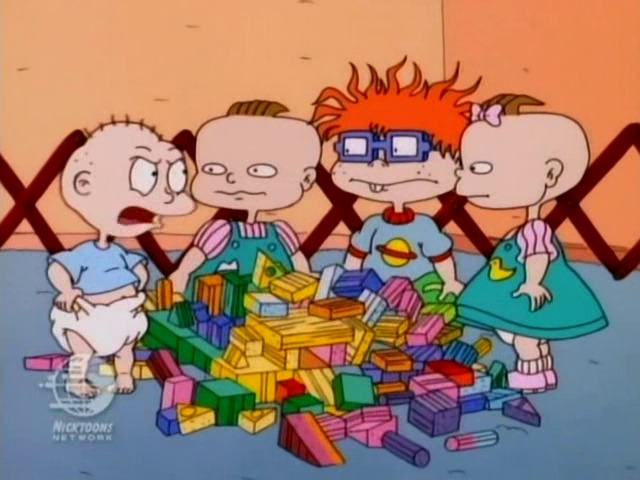 And they also worshipped a big scary fictional dinosaur named Reptar, which is pretty bold for a pack of infants. 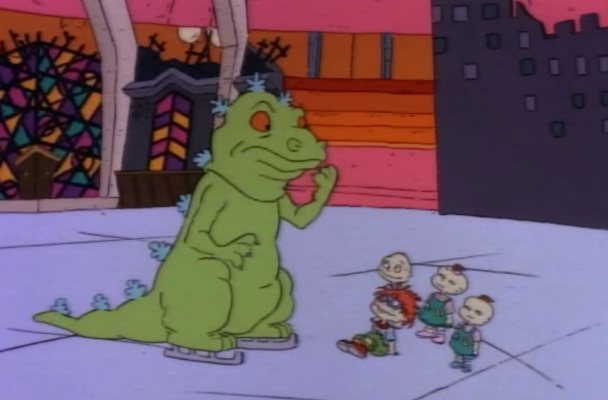 Remember Reptar? There were movies made about him, and he was made into cereal and toys and there was even a Reptar on Ice? What you might not remember is who voiced Reptar. 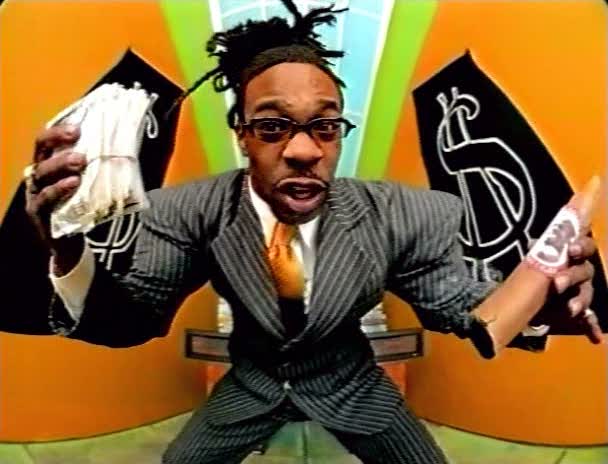 Specifically for one episode in the TV series where Reptar is a wagon. Busta’s voice was reused again in The Rugrats Movie.

Here’s the clip. You can totally recognize Busta saying “I am Reptar hear me roar,” along with singing the rest of the song that goes with the scene.

Are you wrapping your mind around this? Because we are TRYING.