Rose McGowan penned an open letter about a past sexual assault, and this is why it’s so important

Assault of any kind should never be tolerated, and it’s so important that women feel as though they can report incidents when they happen. And Us Weekly let us know that Rose McGowan took to Twitter recently to tell Hollywood that they must stop rewarding predators.

She revealed that she was once raped by someone high up in the entertainment industry, and said that others in Hollywood who know perpetrators of sexual abuse in the industry should take a stand and choose not to work with them.

In a climate in which one of our own presidential candidates has said demeaning, vile things about women and in which rape and sexual assault against women is literally a daily occurrence, it is so incredibly important that women like McGowan — i.e. those who have a public platform — speak out on these issues, and we are so incredibly grateful to her. 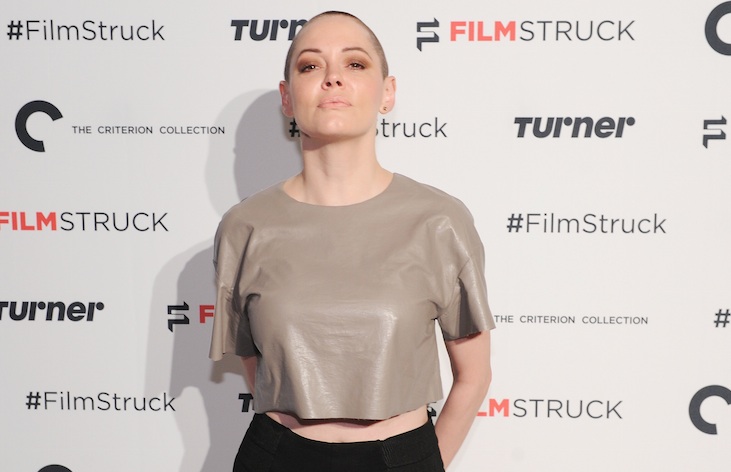 "To the women and men in the entertainment industry who know exactly whom and what I am talking about, I say be brave. Do not work with those you know to be offenders or you are no better than they. Take a stand."

Her powerful words speak directly to the need for people — even those who have not been directly affected by sexual assault or a sexual predator themselves — to take decisive, firm action by choosing not to associate with abusers (yes, even when it might not be beneficial to our careers).

"You are culpable for your actions. Stop rewarding sociopaths. Every time you sanction abhorrent behavior, you are aiding and abetting a crime, that makes you no better than the criminal."

McGowan also contributed to the #WhyWomenDon’tReport hashtag on Twitter, bringing up this incident from her past. What’s devastating is that she suggested that her predator basically got away without any real consequences, while she — the victim — was shamed and made to feel helpless. This is infuriating, to say the least.

You can read McGowan’s open letter here, and  have a look at the many Tweets she’s received in response.

We can’t even imagine how emotionally taxing it must be to share such personal information, but it’s so important that this conversation continues and that other women feel confident and supported enough to speak out about their experiences — no matter how big or small.

Unwelcome sexual behavior is a crime. It is never ever okay. Now let’s help make the positive changes we want to see.