Here’s what happened with Rory and Dean in “Gilmore Girls: A Year in the Life”

The whole interaction lasted less than three minutes, but Rory meeting up with Dean in Gilmore Girls: A Year in the Life was jam-packed with meaning. We had to wait all the way until “Fall” to get it, but their conversation in Doose’s Market (where else?) gave some closure to Dean fans — and even people who weren’t Team Dean.

First, we got the details of Dean’s life. He was just visiting his parents in Stars Hollow because he lives in Scranton, Pennsylvania with his wife Jenny (not Lindsay) and they have three children with another on the way. He also gave an update on his little sister’s Clara’s life, but that was more of segue for Rory and Dean to acknowledge they were each other’s first loves. So let’s move on to that juicy stuff. 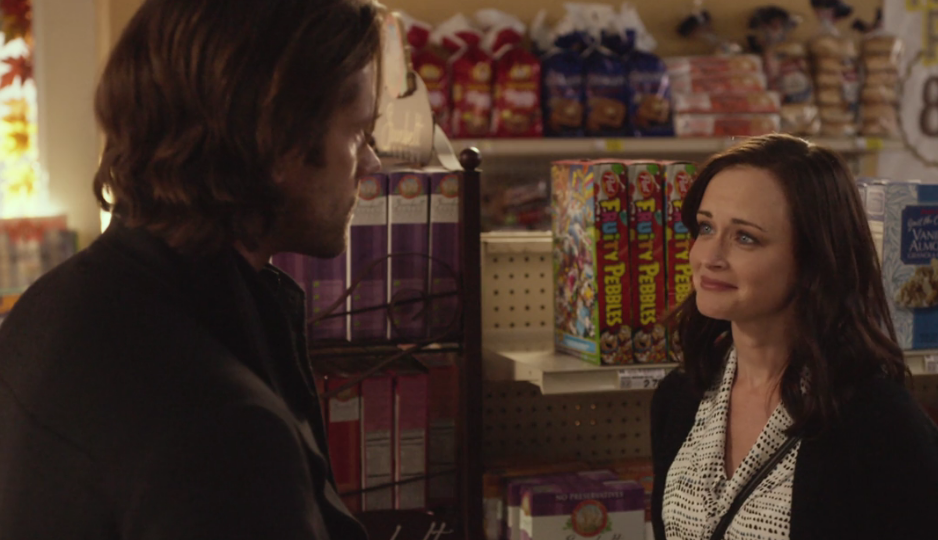 Rory told him about the book she is writing about herself and her mom. She asked Dean if she could put him in it (with his name changed). He was understandably hesitant considering, you know, he cheated on his first wife Lindsay with Rory. Regardless if you don’t like where Dean’s character went on the original series, he started off as the perfect first boyfriend — and Rory pretty much told him that. When he asked her what she would write, she said:

"That you were the greatest boyfriend alive. That you were, um, generous and protective and kind and strong. That as much as I wish we'd met when I was older and more mature, I know that if I hadn't had you with me when I did I wouldn't be the person I am today. That you taught me what safe feels like." 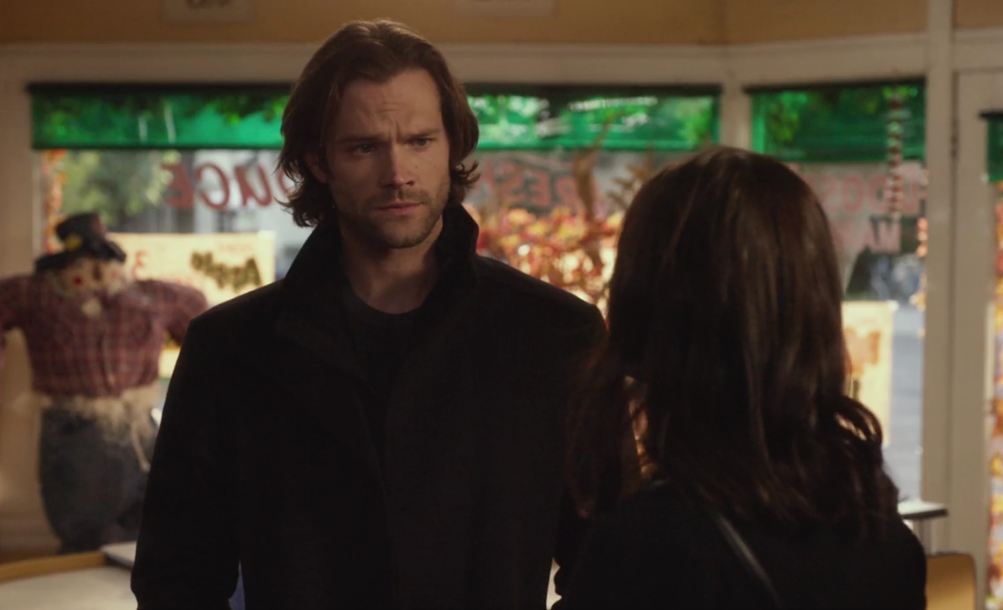 How super sweet was that?

After all the controversial choices Rory made in the Gilmore Girls revival, her talking to Dean so openly was something we think we can all agree was a touching moment.

Also, in hindsight, this interaction was significant because Rory already knew that she was pregnant. So when Dean asked her how she was, her answer of “Things are changing for me at the moment” was very legitimate. And considering how she might be scared to be raising a child without the baby’s father around, her reflection that Dean made her feel safe made even more sense.

The final throwback for their relationship came when Rory noticed she was standing by the cornstarch. She accidentally stole a box of cornstarch after they kissed the first time in Doose’s all the way back in Season 1, so oh, the nostalgia. 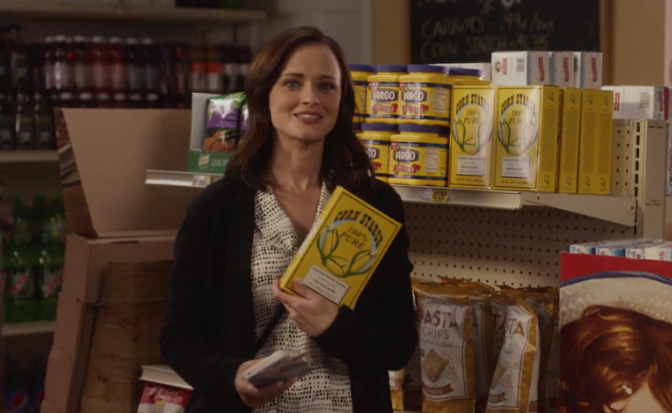 While maybe you don’t like what A Year in the Life did with Logan or Jess, there’s no denying that Dean and Rory’s meeting was exactly what it should have been. We’ll be smiling about this scene for days.