There are only two appropriate responses to the upcoming Romy and Michele musical: “Wait, what?” and “Of course, perfect timing.” Romy and Michele’s High School Reunion is a cult comedy and sugarflossy film that, to many, seems almost random to revive. But it does have an important legacy, and that’s in establishing two bold pioneers of the Lady Lifemate genre.

Long before you could have #squadgoals, ride-or-die BFFs or, like, the entire existence of Broad City, you had Romy and Michele. That is, two halves of the same PVC-clad person, living their best lives as co-habilitating, do-everything-together girl power soulmates. And while cinema always had buddy films and the last decade celebrated bromances, we’re only just scratching the surface with movies and shows about womances(?).

So what makes up a lady lifemate? Let’s break it down, Romy and Michele style.

Their long-term relationship is predictable but never boring. 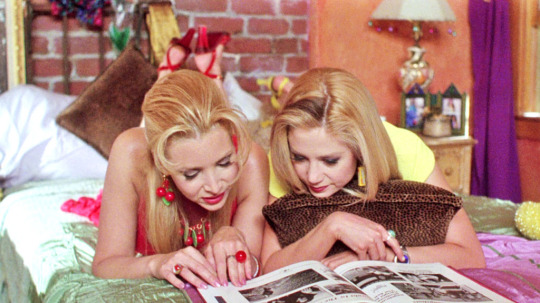 When we first meet the duo, they’re side-by-side in twin beds making fun of Pretty Woman for the 36th time. Like a regular couple they’ve developed a routine, and this is part of it: clearly the last decade in LA has been permeated by Pretty Woman rewatches and clubbing until their feet bleed (oh, Romy, you can only wear so many plastic platforms). But instead of feeling stifled by the monotony, the girls seem invigorated by the promise of another outing.

“This is, like, the cutest we’ve ever looked,” Romy declares before their latest night out, and when Michele agrees (“definitely the cutest”) she presses on with, “Don’t you love how we can say that to each other and know we’re not being conceited?”

It’s played for laughs, yet shows how truly content, if not enthralled, they still are with their lifestyle. Every day together is exciting.

They engage in a constant verbal barrage of support.

When they’re not trading chipper “Okays” back and forth, Romy and Michele try to be nothing but complimentary and uplifting, reassuring one another that they’re no longer the back brace chick and chubby girl. This happens a lot among their ‘80s flashbacks, yet it starts as early as when they’re picking out outfits and Michele notices Romy lost weight.

“I have been trying this new fat-free diet I invented. All I’ve had to eat for the past six days are gummy bears, jelly beans, and candy corns,” Romy admits proudly.

Michele is in awe of her friend. “God, I wish, I had your discipline,” she muses. Just another conversation in Romy and Michele’s lifetime of supportive chat.

They love each other so much that sometimes it gets confusing. 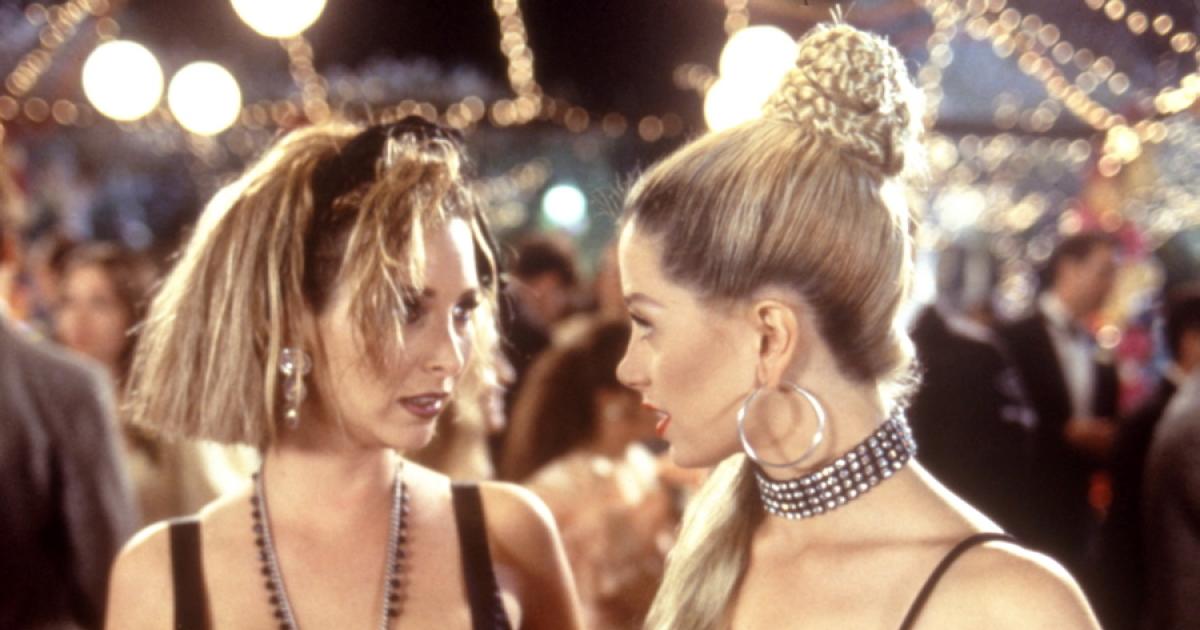 If you’ve been inseparable from the same woman for some amount of years, people start to question if you’re romantically involved. Like many female lifemates before and after them, such is not the case of Romy and Michele.

“Do you want to have sex sometime, just to make sure?” Michele asks, always looking to help. Romy dismisses the idea, before relenting, “But if we’re not married by the time we’re 30, ask me again.”

Of course, we’d totally love had this been a movie about an awesome longtime same-sex couple going to their 10 year reunion, but it would, ultimately, change the dynamic. For example: less subplots about Romy’s crush on that alcoholic ex-quarterback. For all its relationship-like qualities, it’s key that this friendship is kept as a friendship.

They’re not afraid to welcome someone new into the fold.

Don’t kid yourself, the Romy-and-Michele dynamic is based on, well, Romy and Michele. But towards the end of the movie they quasi-adopt the bitter and brilliant Heather Mooney, proving that they can be both inclusive and use their friendship to help others.

“Despite that surly demeanor, I think we’ve really given her a big gift,” Romy declares, now that the two have suited her up in a lemon print sundress. So cute.

But they also know that all they really need to be happy is each other. 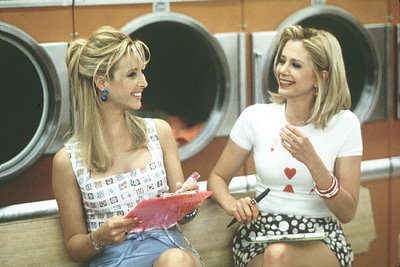 As previously acknowledged, Romy and Michele are happy with their lifestyle, and until it’s on paper they don’t even realize that they’re supposedly “unsuccessful.” Michele points out that until the reunion she thought that high school and their life since was a blast, because they were together. It’s this assessment that encourages them to rejoin the reunion as their best selves (in little plastic-fur mini dresses, of course).

Above all else: supportive dancing.

If you can’t get a guy to slow dance with you (because he’s a jackass who left you waiting indefinitely at prom) then your best friend slash soulmate will be there for you. Indeed, when Billy ditches Romy, Michele is the perfect friend, insisting, “I’ll dance with you, Romy.” So they slow dance to “Time After Time” dressed as two off-brand Madonnas, and there’s not a dry eye in the audience.

The reprise is equally as sweet: “Time After Time” comes on at the reunion, and when newfound bajillionaire Sandy Frink asks Michele to dance, Michele agrees “only if Romy can dance with us.” A bestie is never left out. The three-person interpretive dance that follows encapsulates their history and the progress they’ve made together. It, like their entire life partner relationship, is both beautiful and makes you feel a little bit uncomfortable.

The truth is, as silly and Romy and Michele got they beautifully showcased a strong bond between women friends. They also helped pave the way for future cinematic female friendships like those seen in Life Partners or Frances Ha. If that’s not enough, they made outfit coordination into an art form, and that alone is impressive.

Now go out, grab your bestie, and have a Romy and Michele day!