We need to talk about the ending of “Rogue One: A Star Wars Story”

Guys, we made it. December 16th has arrived and that means Rogue One: A Star Wars Story is finally here. If you haven’t had a chance yet to check out the latest addition to the Star Wars franchise (we get it, midnight screenings are not for everyone!), then you may want to do yourself a favor and stop here.

Because this post contains some MAJOR plot spoilers for Rogue One.

And, well, Rogue One is really, truly, best enjoyed without knowing much going into it. Let’s just say there are some surprisingly awesome twists and turns. But, if you HAVE seen Rogue One, then we really need to talk about THAT ending. Because, if you were anything like us, then you probably yelled “OMG!” at least once during the last several minutes of the film. 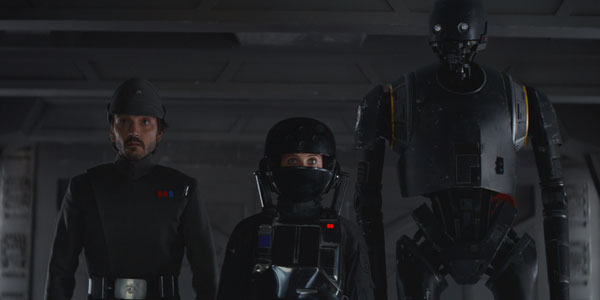 And, we’re not talking about the doomed fates of the amazing Rogue One rebel gang. Because, that is a whole other story in and of itself. And, yeah, we’re still crying.

Obviously, we don’t have any footage from Rogue One to help relive the magic, but can we all just agree that she looked AWESOME ?! And not just because Carrie Fisher herself was flawless in A New Hope, but because whatever witchcraft the magicians at ILM worked…well, they were able to re-create a shockingly perfect, 20-year-old Carrie Fisher/Princess Leia.

And the entire theater basically looked like this when she appeared: 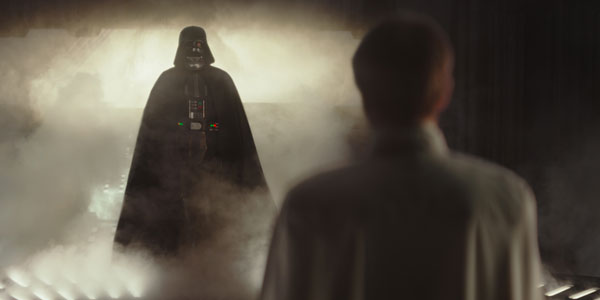 We haven’t seen Darth Vader use The Force and his lightsaber to that physical an extent since he dueled with Luke in Return of the Jedi – and that was a lifetime ago. Now, don’t get us wrong, that Jedi scene is iconic, but obviously it didn’t have the added benefit of ~today’s~ visual effects. Gotta admit, we had chills during this part of Rogue One.

Obviously, we knew where the ending of Rogue One was “headed.”

But we had no idea it was going to butt RIGHT UP against the beginning of A New Hope. AND THAT WAS SOOO COOL! For our money, Rogue One probably has the best ending of any Star Wars movie ever.