Rochelle from “The Craft” gave me a tarot reading

When I walked into the courtyard of the Los Altos Apartments, I felt the world shift around me. One minute, I was walking down the sidewalk, with typical L.A. traffic zooming by, and the next? I was surrounded by greenery, palm trees, fairy lights, and the sounds of a bubbling fountain. This is the location The Craft actress Rachel True picked for our reading, and I could instantly see why.

I soon learned that this particular building (the first co-op in Los Angeles) was built in 1926, and has always been filled with creative energy. It also houses the Hearst suite, which is where Rachel kindly brought me for our reading.

With regard to Rachel, you will likely recognize her as Rochelle from The Craft — but she is much more than that. 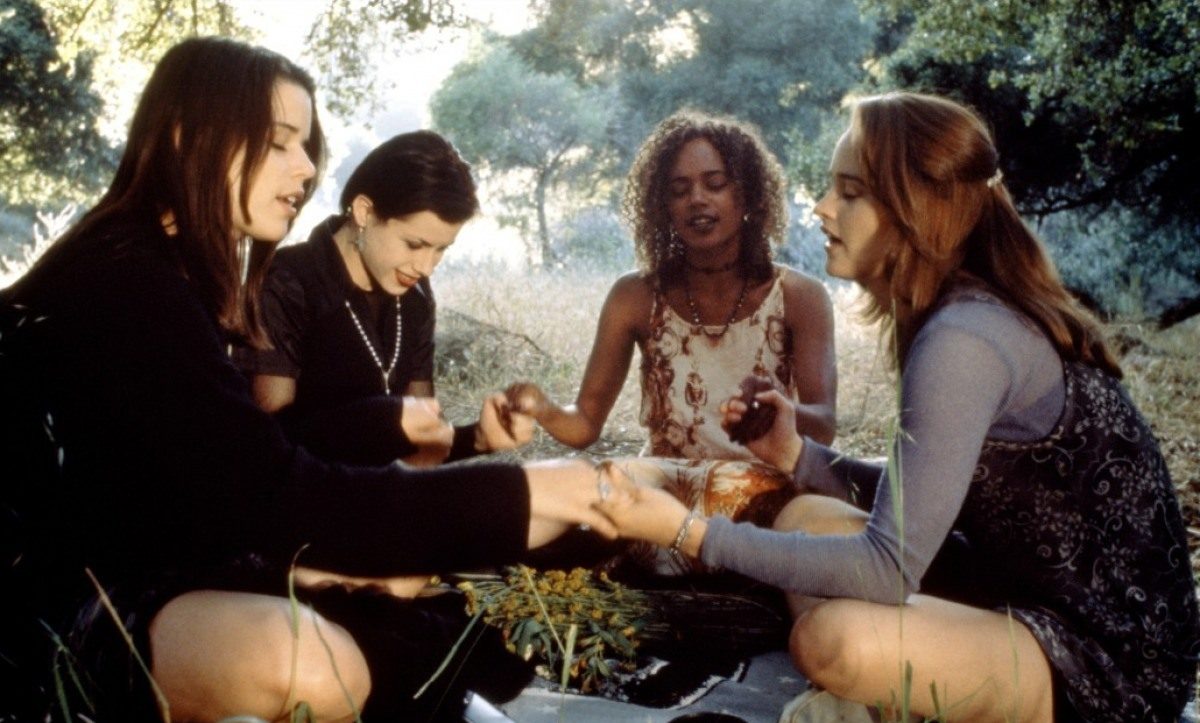 Aside from The Craft, the actress has also worked on Dawson’s Creek, Half & Half, and an upcoming episode of Being Mary Jane. She even writes, and is working on a pilot. But with tarot in mind, what’s perhaps most applicable is that Rachel was asked to portray voodoo queen Marie Laveau. Though this movie project has been pushed back, it did inspire Rachel to broaden her tarot practice, and that’s exactly what led me to her.

"The first time I got tarot cards, I think I was 12, and I just thought they were the most amazing thing. Also, because I love mythology — you know, Greek, Roman mythology — so this was kind of an extension of that," Rachel told me. "Then once I stumbled on Joseph Campbell breaking down myth, [I realized that tarot cards] are really just archetypes. You can do a super deep dive into tarot and study the Hebrew letters and everything on the card — and I've done that, by the way — but what I tend to do with people is a more practical magic, if you will, because most people don't have three years to dedicate to tarot. I like to ... [help] you tap into your intuition without it being so stressful."

In other words, tarot was a part of Rachel’s journey before The Craft. However, the cult classic did come up during our conversation, during which Rachel explained, “It was my first studio movie…so just the whole thing was really exciting for me…” When I asked about her favorite memory from her time on the film, she relayed a story about the time she went to a Beltane (also known as May Day) festival with Fairuza Balk (who played Nancy Downs). Both women were into the magical aspects of the film, and Rachel even fought for her role after agents told her she was too old. She ended up being the first one cast after advocating for herself — and this advocation is something she credits tarot helping her with.

Amidst the Hearst suite, Rachel introduced me to her very own deck (an out-of-print, Egyptian one she hunted down). As the multi-talented woman laid her cards out on a beautifully crafted wood table, I couldn’t help but feel as though we were surrounded by energy.

What transpired during our reading was eerily on-point. Rachel was able to pick up on some key issues going on in my life. And not only that — she also gave me advice on how to better myself and my circumstances. Right away, I was shocked when Rachel was able to pick up on the fact that I’m taking an anxiety medication that works for me. We also touched on my anxiety disorder and its effects, issues with my father, how I can put up walls and isolate myself, and also about how my diet greatly affects how I feel. What I found most interesting was that Rachel expanded on my dating life, stating that I will likely meet two suitors (one a sweetie, and one a bad boy) in the not-so-distant future. Look out! ?

How Rachel describes tarot is exactly what I experienced during my reading with her. It was self-reflective, and allowed me to figure out different ways I can grow into the best version of myself. I can also see how tarot helps Rachel with acting, since it gave me some necessary guidance. Overall, I would say that my tarot reading with Rachel True was magical in every sense of the word. She is a true talent (pun intended) — in more ways than one.

To get in touch with Rachel about having your tarot read, you can reach her at [email protected] You can also follow her on Instagram and pay her website a visit.