Rita Moreno re-wore her same exact dress from 1962 to the 2018 Oscars, because legends only

They say it’s a major faux pas to re-wear an outfit to an event, let alone re-wear an outfit to a major awards show. But clearly, fashion rules to not apply to Rita Moreno. The 86-year-old LEGEND — who has an Oscar, a Grammy, a Tony, and an Emmy, one of the few to ever actually achieve that coveted EGOT — showed up to the 2018 Oscars wearing a gorgeous dress. However, the most impressive thing about her dress for the evening? It’s the same exact one she wore in 1962 when she snagged an Oscar for West Side Story.

Back in 1962, Moreno was nominated for her role as Anita in West Side Story. With her win — in which she beat out Judy Garland, nominated that same year for her role in Judgment at Nuremberg — she became the first Hispanic actress to win an Academy Award for acting. Moreno has since gone on to star in numerous films and television shows, and can currently be seen on Netflix’s absolutely GEM of a television show, One Day At A Time.

And while she might be 86-years-old (!!) she is our newly appointed fashion icon. 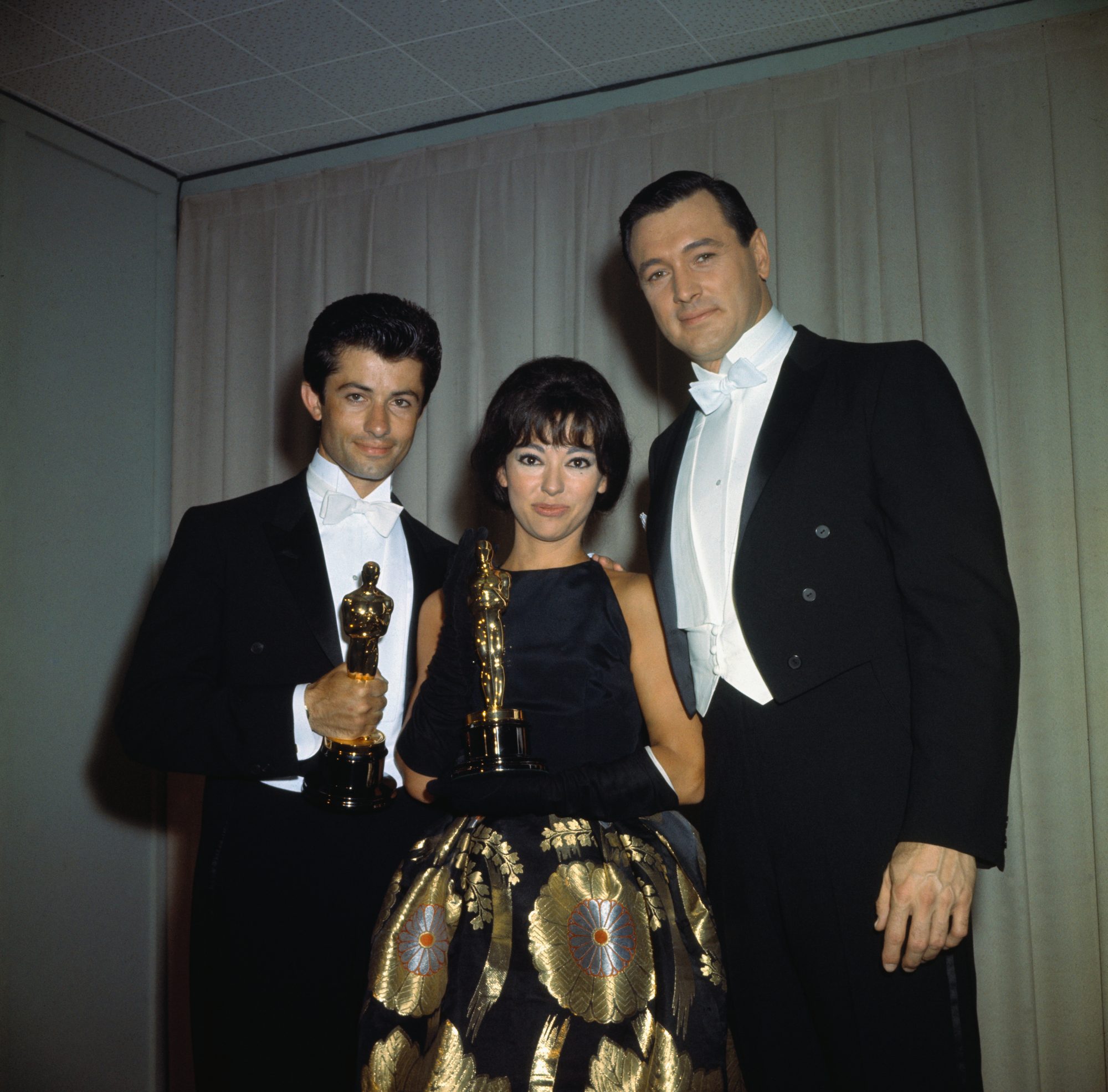 And here is the living legend *today* at the 2018 Academy Awards: 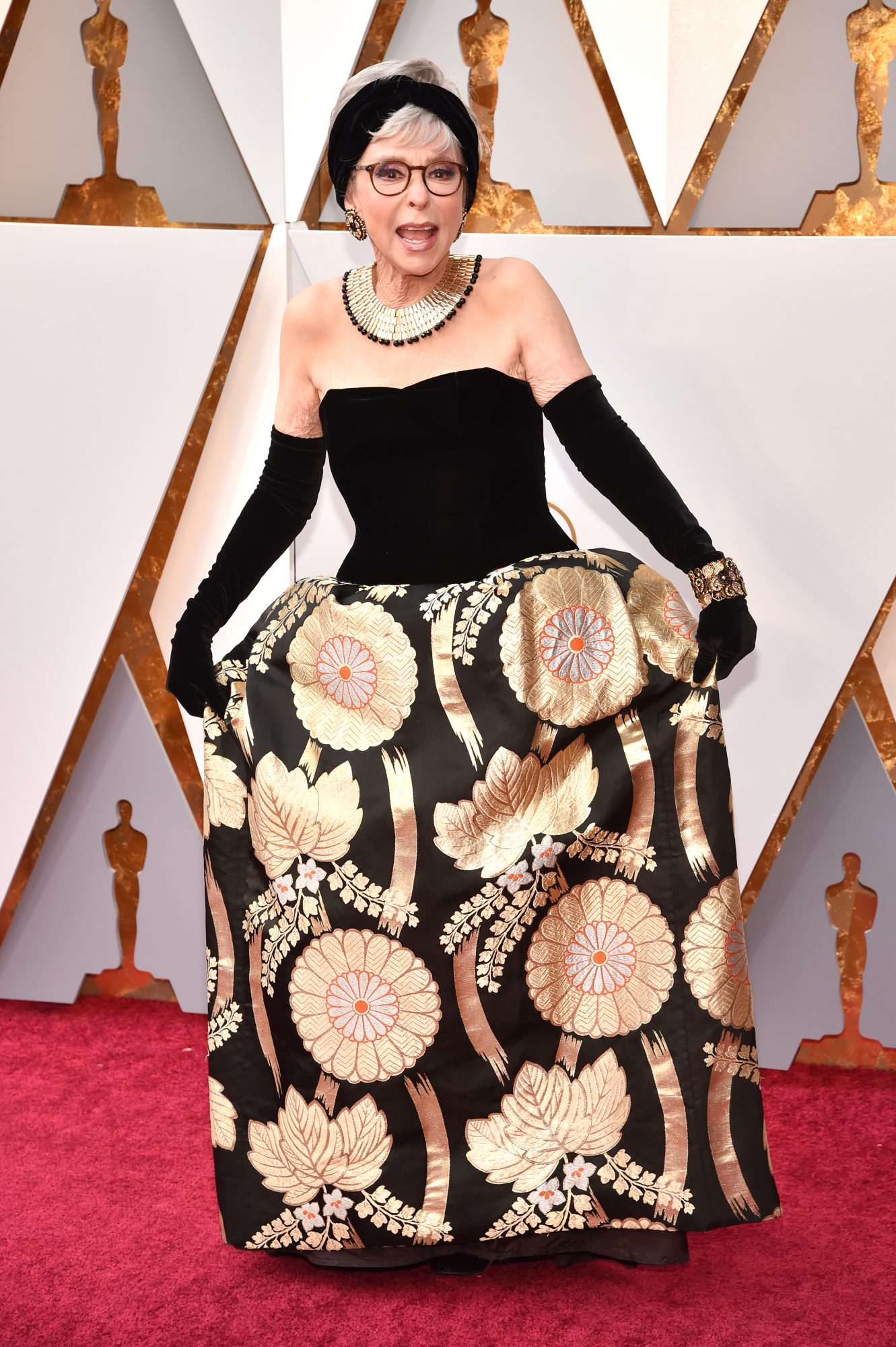 Moreno stopped on the red carpet to talk to Ryan Seacrest, and explained that the skirt is “obi, which is the sash that Japanese women use on their kimonos.” As for where the dress has been for the last 56 years? As she told Seacrest, “It’s been hanging in my closet!”

So next time you’re like, “Nope, wore that a year ago, can’t wear it again,” just remember that EGOT legend Rita Moreno will wear, and re-wear, her Oscar dresses forever.