What’s not to love about the head of the Gilmore family? Honestly, Richard Gilmore is the greatest character on Gilmore Girls and the fact that he’s not returning for the revival — because Edward Herrmann passed away before it was filmed — hurts our hearts.

Richard Gilmore — yes it’s proper and necessary to put his full name all the time — truly was the best character on the mostly female series, and we’ll forever love him.

While he’s no longer with us, it doesn’t mean we can’t celebrate him as we countdown to Gilmore Girls: A Year in the Life, but prepare yourself, because seeing Richard’s greatest traits and proof that he’s the best character, may make you cry — no judgement, we definitely shed a tear or two writing this!

So why is Richard Gilmore the best guy on Gilmore Girls? Well, for starters he’s the most consistent man in all the Gilmore ladies’ lives, with the exception of Luke Danes, who runs a close second in the awesome guy category. See what else sends Richard to the top of the character list below, and maybe grab a scotch or your best suit to relive these fabulous moments.

Richard is the glue that holds the family together.

Let’s be honest, the entire Gilmore family is a little out there and kind of a hot mess, but with Richard at the helm of the family, they were able to get through all the tough times. Plus, no one loves the women in their lives more than Richard loves his girls. He was the best!

Lorelai the first was the queen and Richard was her adoring fan.

Whenever Trix, played by Marion Ross, (aka the original Lorelai, Richard Gilmore’s mom and Lorelai’s grandma) came to town, it made for great TV. Emily hated her and she hated Emily, but Richard was like a little kid in her presence and it was adorable. He loved his mother so much and even though it was bad for Emily, we loved seeing how much Richard would do for the woman who gave him life.

His clothes were never out of style.

We’re aware that Emily most likely picked out his wardrobe, but we loved it just the same. Richard always looked so put together and so dapper. His suit selection was out of this world and he loved a good sweater vest.

Rory was Richard’s mini-me and it was awesome.

From the first Friday Night Dinner it is obvious that Rory gets her smarts — or at least her desire to read and travel — from her grandfather and they were instantly bonded. They exchanged books, notes and thoughts on current events and it was such a sweet relationship. 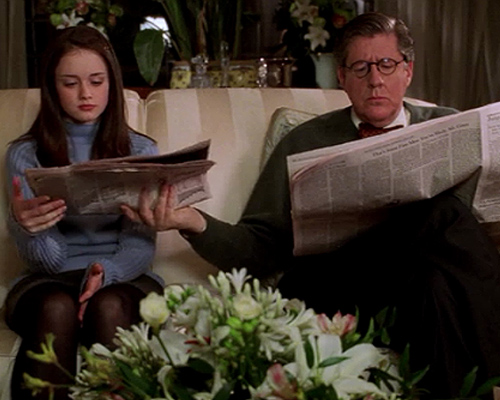 His humor was totally on point with Lorelai’s jokes.

While Richard often thought Lorelai was crass, his humor actually matched hers perfectly. He knew just what to say and when to say it and we loved him even more for it.

He was destined to be a teacher.

Richard as a professor was definitely the career move we never saw coming, but were happy to watch unfold. His teacher qualities however, were always there. In Season 1, Richard took Rory to the club (under Emily’s orders) and taught her how to golf, and it was adorable. 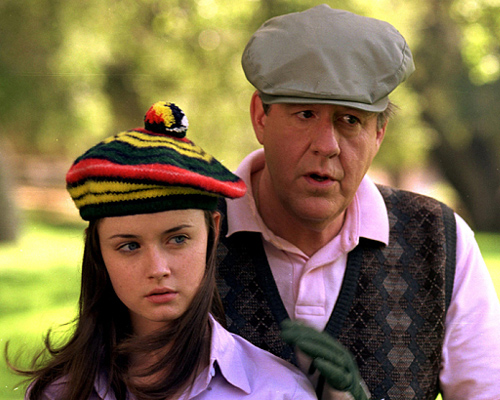 He had the protector role down to a science.

No one was ever good enough for either Lorelai or Rory and it was great. Whenever Richard met one of their boyfriends he gave them the third degree and made them sweat a little bit. He did it of course in the most sophisticated manner, making it proper and terrifying at the same time.

Despite the fact that Lorelai’s baby scandal hurt her father, he always loved her and even stood up for her against Emily when he needed to. They had an unspoken bond and respect for one another that was magical to watch. We especially loved it when he was so proud at her business school graduation and when he told her that he was proud of her success at running her own inn. 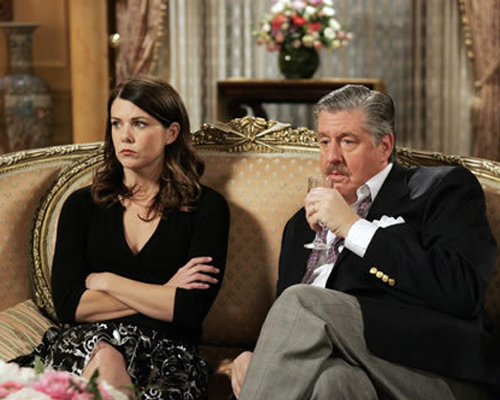 It was always Yale or bust.

We know that Rory always wanted to go to Harvard, but when she decided on Yale instead it was the greatest thing that could’ve ever happened for the Gilmore family. Richard had so much school spirit, loved to share his alma mater with his granddaughter, and of course had the best tailgate set up ever for the Yale vs. Harvard game. Plus, he admitted to being naked an entire month during sophomore year, which makes us laugh every time we watch that episode.

Richard was a super dad, husband and grandfather and basically an overall superhero. The only moment he looked weak was when he had his first heart scare. It pulled at our heartstrings so much when Lorelai saw him in that hospital bed and we may, or may not, have cried. Oh, and he also promised to let Emily go first, so yes he was a hero, and yes we loved him so much during that scene that our heart grew three sizes.

Richard was always ready and willing to read, which led to him being so smart and so successful in business. It was refreshing to hear his take on everything each week, in between the iconic Gilmore Girl chatter we grew accustomed to.

Unlike his wife, Richard loved to spoil the girls without any strings attached. He actually gave Lorelai a massive check at one point because when she was born he put money into a stock for her, because he was the perfect money guy. It eventually led to trouble with Emily, but his intention was good.

He always had his “dad hat” on.

When Richard first came to see Lorelai’s house he went into full-on dad mode and checked out the area to make sure everything was safe and sound. As the years went on, he knew his daughter could take care of herself, but he made sure that she knew he was there to keep her safe, even if that just meant telling her to get the chimney swept once a year.

Emily’s needs always came before his own.

Let’s be honest, Richard and Emily had their fair share of marital issues throughout the show — they even split up for a while and Richard lived in the pool house — but when it came down to it, Richard loved Emily with all his heart. He would’ve done anything for her. Her needs always came before his own and every time he said, “alright Emily,” or gave her a kiss it made our hearts happy. 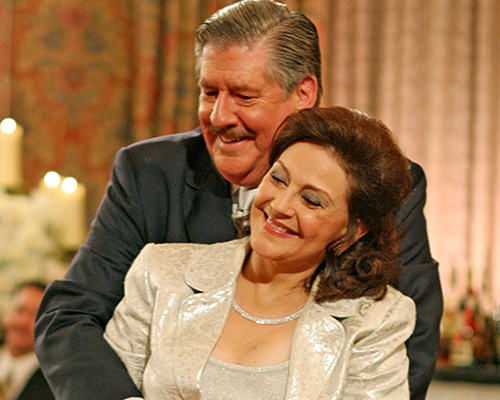 Richard Gilmore we love you and will forever be your ultimate fan! Gilmore Girls wouldn’t have been as perfect as it was without you, and you’ll be missed.

What was your favorite Richard Gilmore moment?