There’s a *huge* tribute to Richard in the latest “Gilmore Girls: A Year in the Life” image, so excuse us while we cry forever

Gilmore Girls is coming back into our lives to fill, you know, the gaping Gilmore Girls hole in our hearts. But even though it’ll be back, there’ll still be one hole in our hearts that can’t be filled: At the end of 2014, Edward Herrmann — who played patriarch of the Gilmore family, Richard — passed away. Our hearts already hurt thinking about returning to the Gilmore mansion and not finding Richard there, sitting in the parlor, with a drink in his hand and a newspaper in the other.

Though he may be gone, he is by no means forgotten. The cast has already hinted that the revival, A Year in the Life, will pay tribute to Richard in a few ways, and now we see exactly what they mean. In a newly released image from Netflix, it appears as if Emily has commissioned a huge tribute to Richard. And when we say huge, we mean HUGE.

This new image, from the first episode of the revival, "Winter," shows Lorelai, Rory, Emily (and Luke!!) hanging out around the dining room table. Over in the next room, there appears to be a HUGE painting of Richard hanging on the wall. 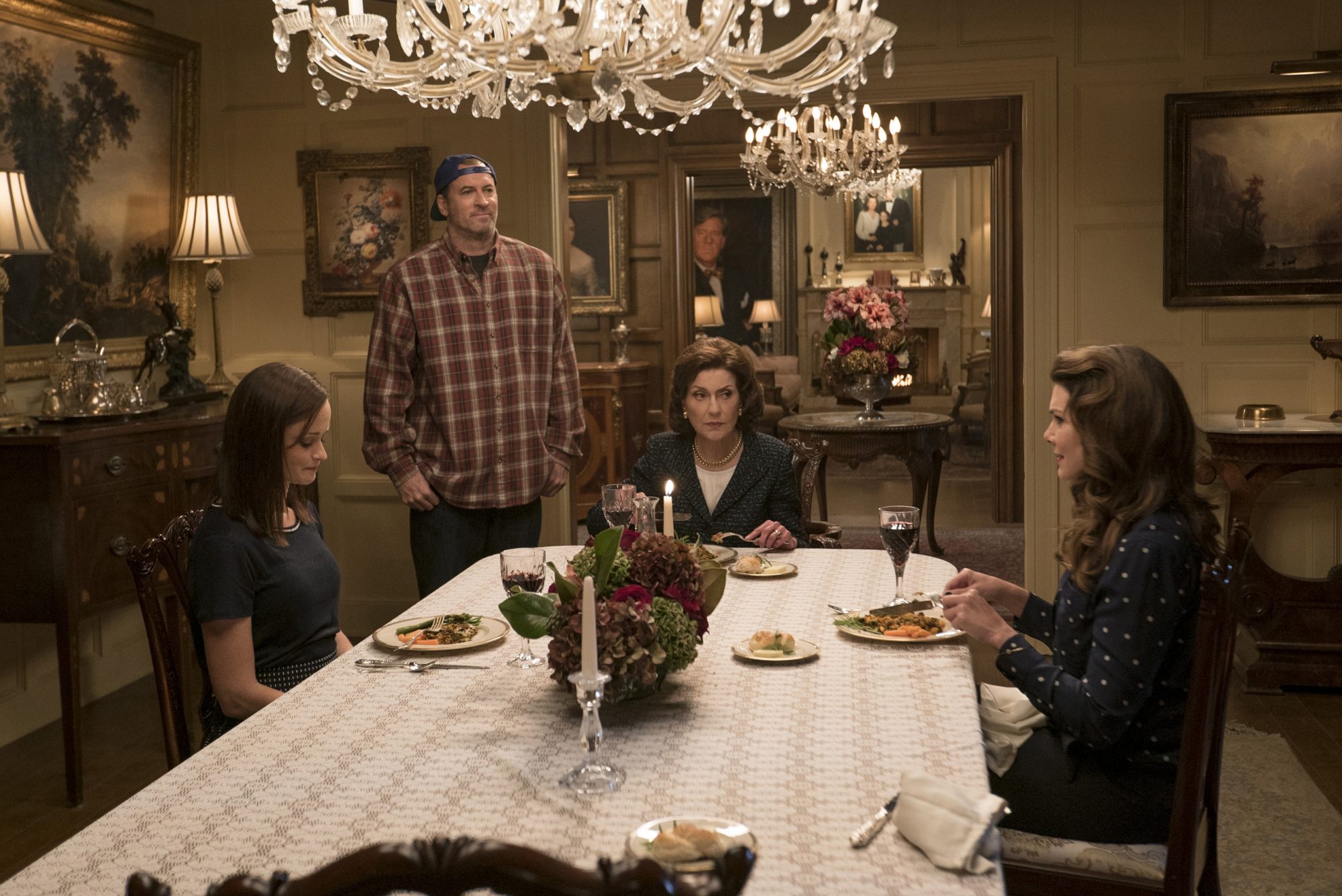 Can’t you just imagine Emily being like, “make the painting as big as possible, price is no object” and this is what she got in return? It looks as if the painting is hanging right next to the fireplace, and literally the size of the wall — at least five feet, if not bigger.

We’re so happy to see that Richard will still have a big presence during A Year in the Life (and we’re also so excited to hear Lorelai crack some jokes about the giant painting of her dad, because you KNOW she’s going to have jokes about it).