Tyler Posey and Dylan O’Brien got really bromantic while talking about the end of “Teen Wolf,” so get ready to WEEP

Get ready to feel all the feels, Teen Wolf fans. Because, Tyler Posey and Dylan O’Brien just shared so much love for one another while speaking at the Teen Wolf Comic-Con panel, just days before the show returns with the first of its *final* 10 episodes.

Needless to say, you should have some tissues at the ready.

When asked when he knew that Teen Wolf was something special, Posey said that was pretty clear from the start.

“I think the second that I booked it,” he began. “At that time, I’d been acting for 12 years, I think, and I had never done a leading role so I was really excited to get this show. I knew that going into it, it wouldn’t be just a job for me. It’d be kind of like finding my purpose. Because, I don’t just want to act or be famous or anything like that. I want to inspire people and have fun and show people that life [shouldn’t be taken] too seriously.”

“When I met Dyl,” he started, but had to stop and take a moment because he was getting emotional. He joked that the lights should be turned off, presumably to conceal his tears. And um, same.

"Before we booked the show, we were talking about moving in with each other. It just felt really right. It felt really cool," he continued. "I never really related with a lot of kids. But, he was wearing a DVS shirt. I was wearing a Hurley shirt; those are both skateboard brands. We were both in bands, we were both musicians, we had a lot in common with each other. We were both the same exact age, and it was just the greatest."

Posey finished by saying that through his time on Teen Wolf, he found friendship (clearly!) and his purpose in life. Not to mention, he became an adult and helped make a difference.

Let’s all take a well-deserved emotional break and admire this picture taken at Comic-Con that seemingly reinforces that their friendship is still going very, very strong: 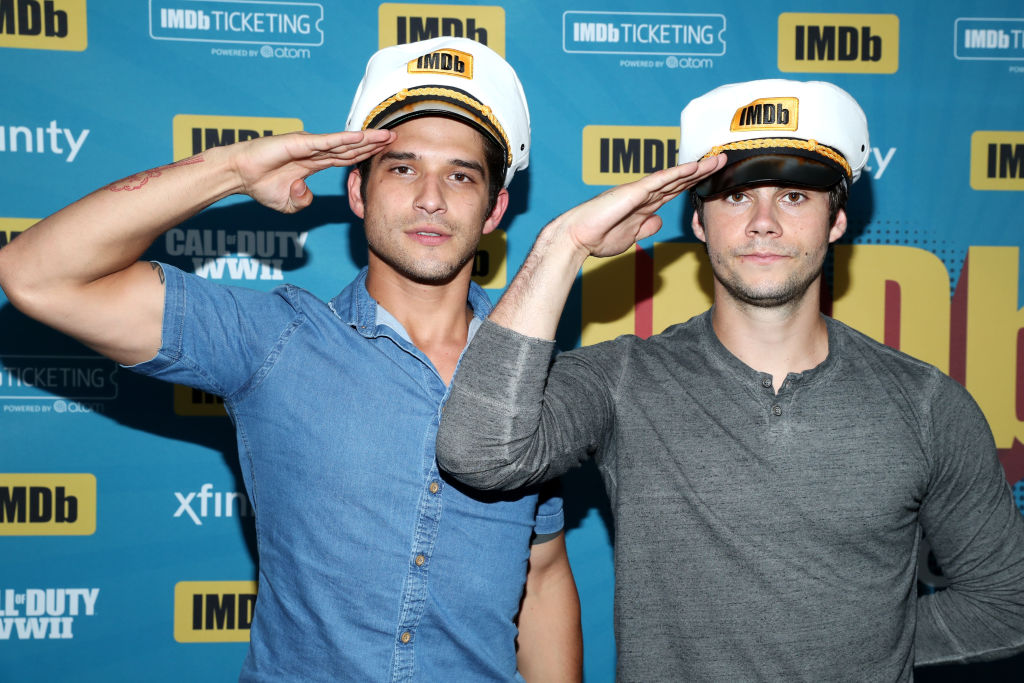 O’Brien responded similarly when asked the same question, and said that it was also never just a job for him — especially at the start.

"I was a kid out of high school who had never acted before," he told the excitable crowd. "I tried out, auditioned, and got this part. I met Tyler and couldn’t have been more excited to experience this...This show became my entire school that I went to every day — to be on set in front of the camera, to learn about the whole process that I was in love with. This show started that way, and then it always [was] home throughout."

“Even when I got another part, went and did something in between on hiatus, I just couldn’t wait to come home, couldn’t wait to suit up with Stiles again. I’d get all pumped, I’d get so excited to go back to Stiles because I love him so much.”

Hear that? Teen Wolf was *HOME* for O’Brien.

This is all just too sweet, and our hearts are so full. And while we’re so sad that we won’t see the pair together on Teen Wolf after this last season, there’s still that last season to look forward to.

You can watch the new trailer for the final season here:

The final 10 episodes of Teen Wolf kick off on July 30th on MTV. The series will conclude with its 100th episode on October 8th, so start emotionally preparing yourself! We’d like to imagine Posey and O’Brien are doing the same.