After this week’s BIG REVEAL on Westworld, it seems like a lot of other popular fan theories are aligned to come true. Another theory floating around the Westworld-verse is that William is the younger version of the Man in Black (Ed Harris). Of course, you have to buy into the multiple timelines theory, but given what was revealed about Bernard in “Trompe L’Oeil,” nothing is out of the question. And it turns out there have been several not-so-subtle hints supporting the idea that William is young Man in Black, including one VERY BIG hint that you may have missed.

When the Man in Black crosses paths unexpectedly with Ford, they have what can only be described as an awkward conversation.

But, more importantly, check out MiB’s weapon of choice during said convo. The one that Teddy protectively stabs into the table.

Seems innocent enough, we know Man in Black has a penchant for cutting things (like, you know, Hosts’ scalps). But pay close attention to the hilt (handle).

Because check out the knife William is carrying in this teaser footage from an “in the weeks to come” video from Westworld.

And for comparison’s sake… 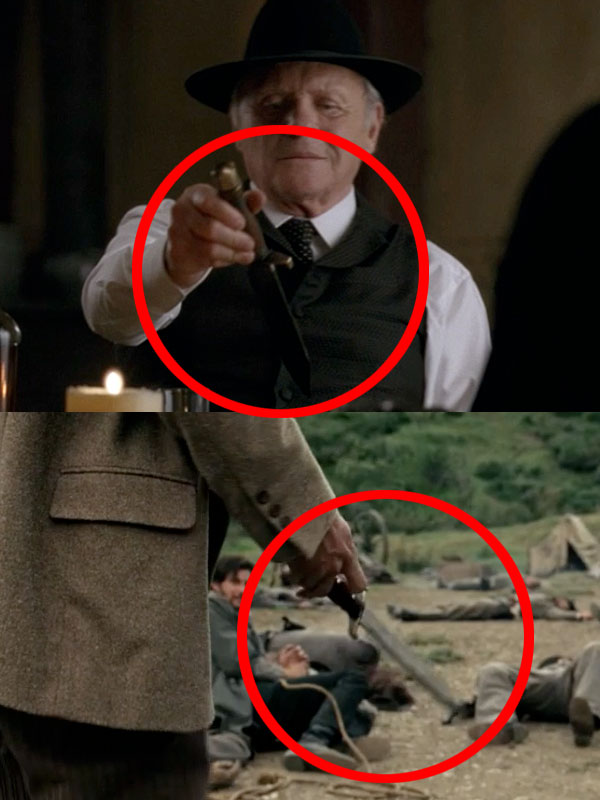 Coincidence?! Probably not in Westworld.

Sure, there are PLENTY of knives in Westworld. Heck, we even saw William come across a display of them when he first entered the park. 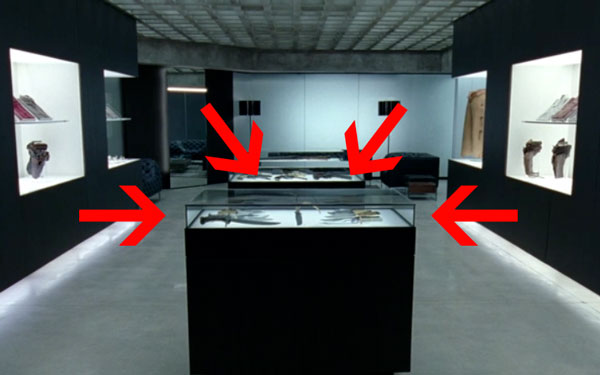 But it KINDA looks like the knife in the middle of that case is THE KNIFE William/Man in Black wields, so… This knife situation is definitely ~pointing~ towards the theory (and probably fact) that William is the Man in Black.

And let’s not forget about the different Westworld Logo we saw when William and Logan arrived at the park. It actually MATCHES the one in Ford’s flashback to 30 plus years ago!

For a reminder, here’s what the ~current~ Westworld logo looks like.

The different Westworld logo has been another key element to the William as MiB theory.

We know, this is a lot to wrap your head around.

But there are still three more glorious episodes left of Westworld this season, and we’ll probably get some answers soon. Hopefully, anyway.