Hey, you guys! These are the words of wisdom “The Goonies” star Sean Astin imparted to the “Stranger Things” cast

Back in the day, before the Stranger Things kids were chasing the Demogorgon on their retro Huffys, Sean Astin and his fellow Goonies were on their own quest, pedaling toward long-lost pirate’s booty. With Stranger Things Season 2 landing on Netflix this Friday, that sense of nostalgia will come full circle because seasoned ’80s star Astin will make his Hawkins debut. And he had plenty of wisdom to share with his young costars on set.

The key to a happy, healthy child stardom, according to Astin?

Just being a kid and having a good time!

"I think the only advice that I gave them was just to enjoy yourself," he told Entertainment Weekly. "That’s so weird. I’m blessed to have a unique point of view and unique perspective on stuff like that. So when I get to it, you know, riding a bike quickly on a set where there’s an adventure going on, yeah, that’s my wheelhouse, I know that."

From his part as bright-eyed Mikey in The Goonies to playing the title role in Rudy, Astin’s ties to the general Stranger Things era run deep. In the sequel — its showrunners, The Duffer Brothers, are framing the new Stranger Things chapter as a movie sequel, instead of a traditional second TV season — Astin plays Bob Newby. Bob is a RadioShack manager who went to high school with Chief Hopper (David Harbour) and Joyce Byers (Winona Ryder). 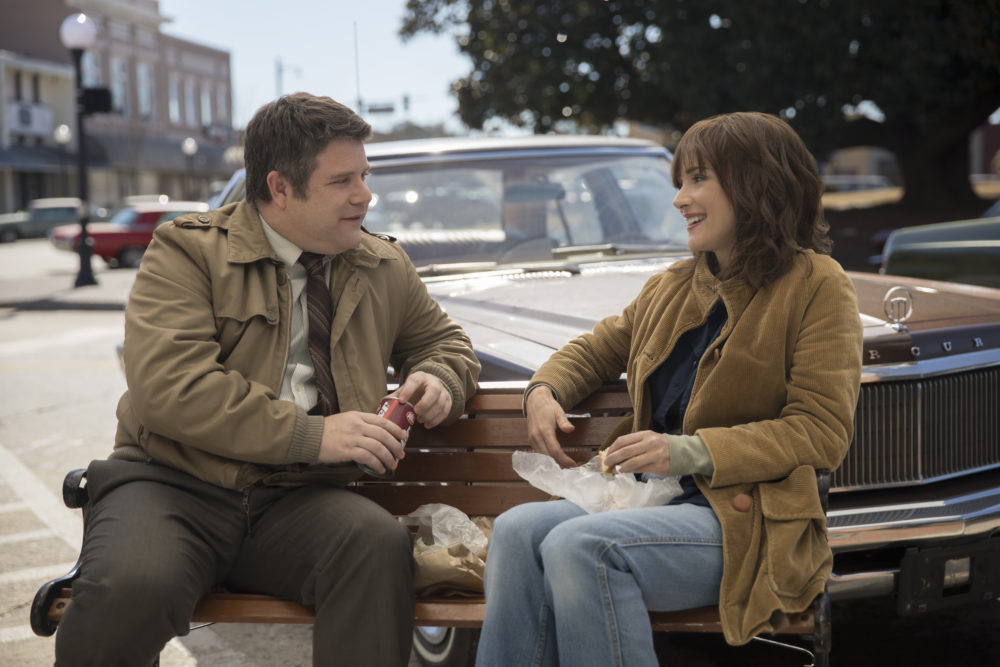 But despite their delightful, kid-fronted similarities, The Goonies and Stranger Things felt like very different experiences for Astin. “The only thing from Goonies that I brought to Stranger Things was an awareness of how good it felt to be in both places,” he said. We’ve got to say: he’s got a point there.

Even still, we may or may not be secretly hoping Stranger Things Season 2ups its nods to classic ’80s cinema this time around — with some Goonies-specific references in Astin’s honor. Eleven sharing an Eggo with Sloth in The Upside Down? Francis Fratelli facing off against the new monsters the spooky Season 2 trailers have promised?

There’s a full-blown treasure chest of material to tap.