Over the years, many beautiful and familiar faces have passed through Stars Hollow  — many of them, we didn’t necessarily recognize at the time, but ten years later we TOTALLY know who they are. Gilmore Girls put so many young and upcoming stars on the map, and then sent them out into the world to do other amazing things, one of them being new Emmy winner Rami Malek.

The year was 2004, and Rami played a member of Lane’s Bible Study Group in Season 4, Episode 11, “In the Clamor and the Clangor.” The character of “Andy” was his first role, and if you ask him about it now, he will admit that he did not keep up with the show whatsoever and really can’t remember much of his time hanging out with Lane and Rory. But he DOES remember that everyone was talking to fast for him. 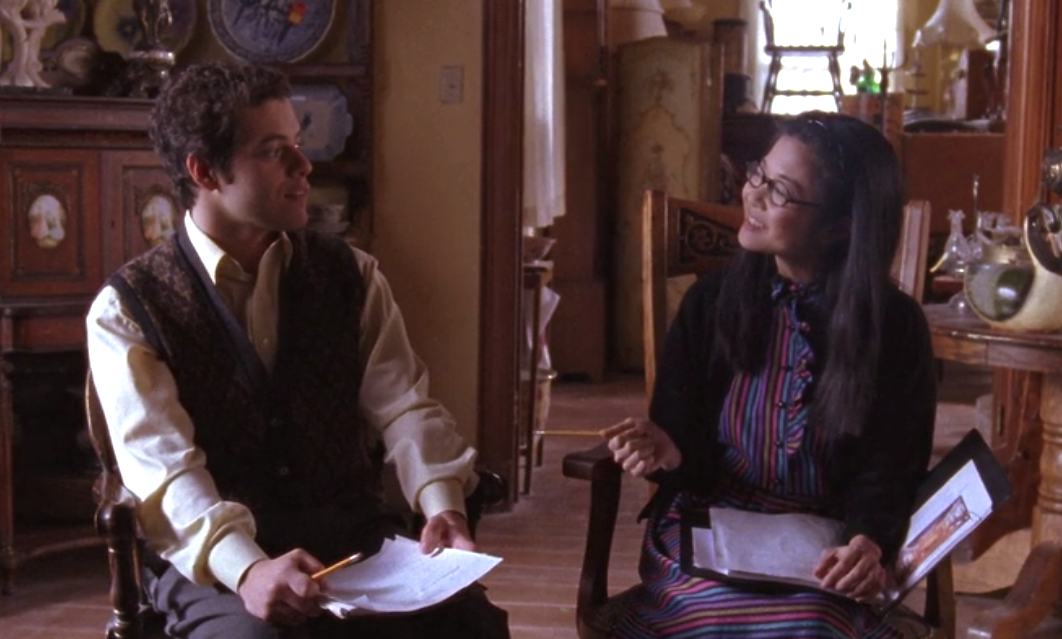 "All I remember was that it was the fastest talking show," he explained during an interview with Vulture. "But, for me, I'm not necessarily...I don't have the [fastest] pace when I speak. I definitely take my time, so that was the most jarring part of it."

Hey, how else are the Gilmore Girls going to get in 150+ jokes a second unless they’re taking at the speed of sound?

Looking back on it now, Rami is still like, "who the fuck talks this fast?"

THE GILMORE GIRLS DO, RAMI. THE GIMORE GIRLS. Guess this means we can go ahead and cross his name off of the wish-list for the surprise revival cameos. So long, Andy.