What do the nightmares in “Westworld” mean?

In episode 2 of Westworld, we were repeatedly presented with the idea of dreams. We were sort of introduced to this in the pilot, with how Dolores and the other hosts were programmed to believe they were dreaming when dealing with the employees of Westworld running diagnostics, in order to maintain continuity for them within the theme park, but we definitely dug in more deeply in episode 2, especially in reference to Clementine and Maeve. 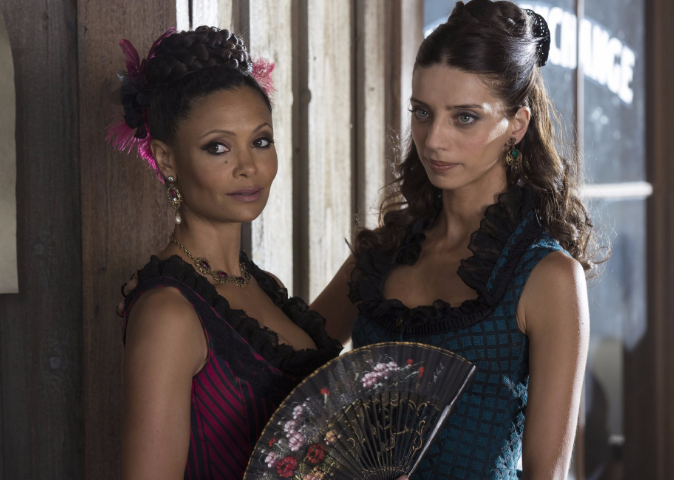 Maeve and Clementine have a conversation early on about Clementine’s nightmares, which have been keeping her awake. Maeve tells her that when she has nightmares, she counts backwards from three to wake up.

Here’s the catch: we learn from a conversation between Westworld employees shortly thereafter that the hosts don’t dream. They have a concept of dreams to explain away bad memories should anything glitch, but no actual ability programmed into them to dream.

Clearly there are some programming issues… which become abundantly clear at the end, when Maeve’s terrible memories from previous experiences bleed through into her nightmares, and she wakes herself up… in the middle of a procedure outside of the park. She runs, terrified, through the Westworld facility until she’s caught and sedated*, and the employees working on her just assume they forgot to put her into sleep mode.**

*I’m assuming she was sedated, but like, she’s a robot. Shouldn’t they just be able to say “stop” or something to stop her? Isn’t there a kill switch? I’d get it if she were glitching and it didn’t work, but they didn’t even try anything, which leads me to assume there… isn’t one? Uhhhh, GUYS…

**Shouldn’t she have some kind of internal log of what modes she’s been put in? They have what are apparently extensive memories, but nothing to show the workers that they did not, in fact, make an error, but that she’s behaving in an aberrant fashion?

Anyway, short answer: the dreams/nightmares the hosts are starting to have, ironically, seem to signify that they’re waking up.

And considering the guests of Westworld are, like, improbably psychopathic for a random cross section of society and have been acting out their perverse fantasies on the hosts for more than thirty years… good luck to anyone around when that happens.