In defense of the villains on “The Bachelor”

Fans of The Bachelor can usually expect a few things from each new season of ABC’s long-running reality show. There will undoubtedly be awkward group dates, cliffhangers at rose ceremonies, and plenty of drama, drama, drama.

Another thing that Bachelor viewers can undoubtedly expect? An identifiable villain every season – one that you just love to hate.

Essentially, it’s the girl that makes the rest of the contestants feel threatened. 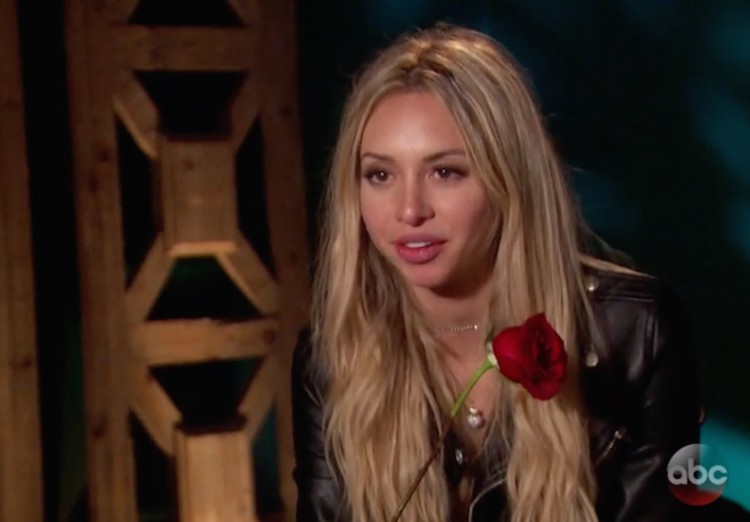 On the current season of The Bachelor, that villain card belongs to none other than Corinne Olympios.

Corinne had a target on her back right away when she kissed Nick Viall on the first night – something that a lot of the other girls “wouldn’t dare” to do. Week 2 didn’t help Corinne’s reputation among the girls, as she received the group date rose after taking her bikini top off during a photo shoot with Nick in the pool. Immediately, the other contestants began speculating whether or not Corinne was “wife material” because of these behaviors.

Vanessa, who is one of the obvious front-runners of the show, questioned Nick in a recent episode after she spotted him kissing Corinne.

"Are you looking for a wife?" she asked. "Or are you just here to f*ck around?"

The question of whether Nick is serious about finding a wife because he enjoys Corinne’s sexual confidence carries the same implications as the speculation that Corinne is not “wife material.”

The implication here is that because Corinne is sexually open and confident, she is not serious or sophisticated or mature. She’s someone to be tossed aside after use – not someone to keep around for the long haul.

These implications are not just hurtful to Corinne herself, but hurtful to women everywhere. (And, for the record, not all women want to be wives anyway. K?) 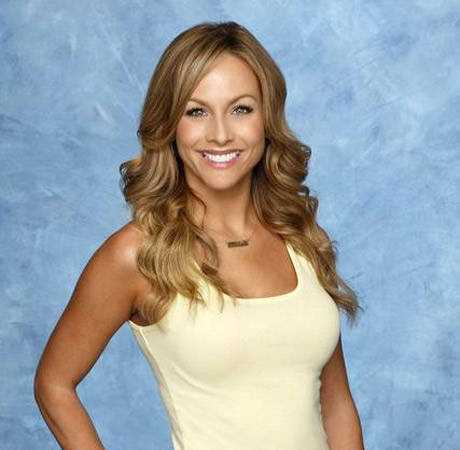 This slut-shaming is not unique to this season of The Bachelor. Three years ago, Clare Crawley faced the same backlash from her fellow contestants after she hooked up with Bachelor Juan Pablo Galavis in the ocean. Incidentally, Juan Pablo himself contributed to the stigmatization of Clare; he eventually told her that he regretted their encounter, placing a lot of the blame on her shoulders.

For Clare, she made it clear that she wasn’t ashamed of what happened between her and Juan Pablo. 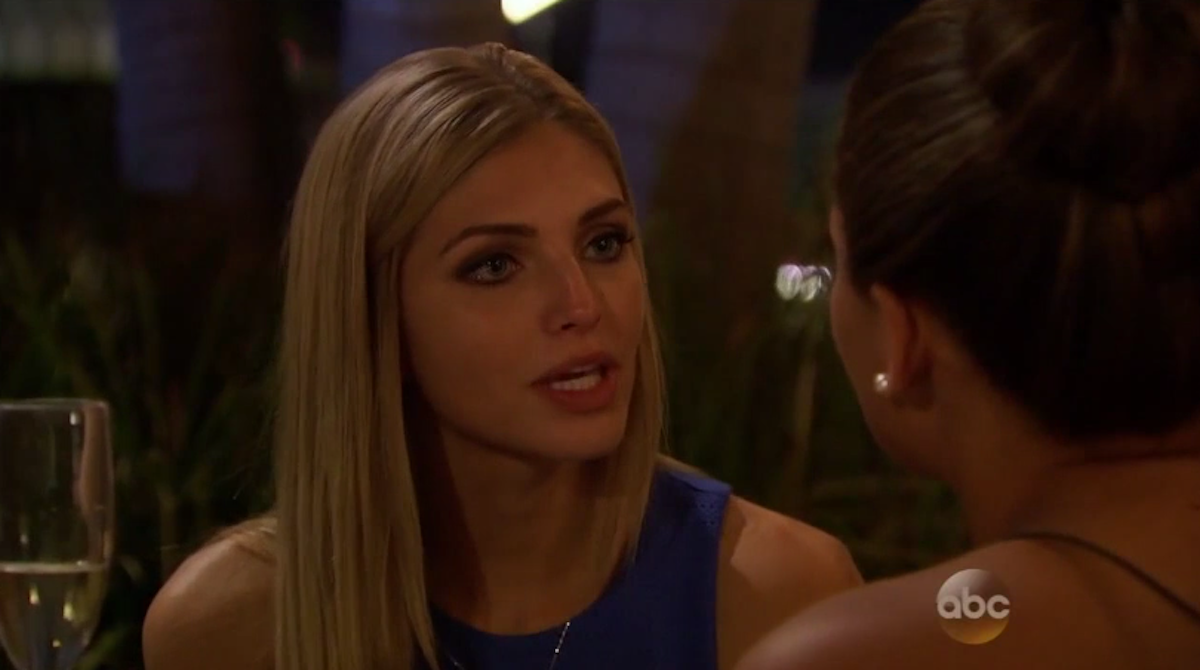 But not every Bachelor contestant is easily able to shake it off, Taylor Swift style.

In addition to receiving insults from her fellow contestants regarding her body, she was the recipient of horrible online abuse and cyber-bullying from viewers of the show. Olivia told Page Six that she received a message on social media telling her, “You’re the worst person ever. You should die.” Another read, “No one would miss you.”

The Bachelor invites its viewers to live-tweet each episode, promoting the series with a custom hashtag complete with a little emoji. And as anyone who watches the show knows, that’s half the fun. But there’s a difference between tweeting a funny joke with a gif, and seeking out these contestants individually to harass them over Twitter. 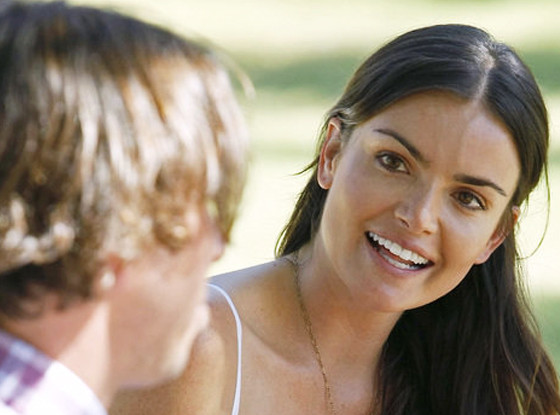 When anyone watches The Bachelor, it’s important to do so with some personal responsibility. For starters, the show is heavily edited – as any reality show is. For proof of this, look no further than Courtney Robertson’s book, I Didn’t Come Here to Make Friends. Courtney, who appeared on Ben Flajnik’s season, is one of the OG Bachelor villains. She was ~despised~ by the other contestants and loathed by viewers. Eventually, (spoiler alert) Ben chose her for the final rose, much to the disbelief of audiences everywhere.

But in Courtney’s tell-all of a novel, she reveals that what America saw on The Bachelor was not at all what went down.

On TV, she was portrayed as a snarky, sarcastic, mean girl – but in fact, Courtney was the one who was actually bullied by the other girls in the house.

In her book, she explains that she felt extremely awkward around the rest of the girls, that she struggled to make friends, and that the producers took advantage of her disconnect from the other contestants and used that dynamic to paint her as an antagonist. 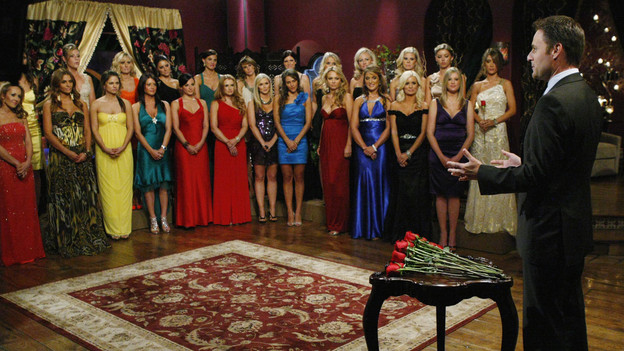 Of course, all of this makes for interesting television. But just as we wouldn’t tweet insults to an actress portraying a villain on a TV drama, we need to remember that the contestants on The Bachelor are also real people. They might be represented as caricatures of themselves for entertainment’s sake, but they are not “characters” – they’re real humans, just like us. And just because we have the ability to come up with a sick burn in 140 characters, that doesn’t give us the right to actually do it.

This idea that Corinne is not a complex person deserving of long-lasting relationships simply because she is sexual is a reflection of the long-standing sexism that plagues our society. Women are constantly being told that they can’t be more than one thing – that they need to fit under one label or another, that they need to fold up into a neat little box. 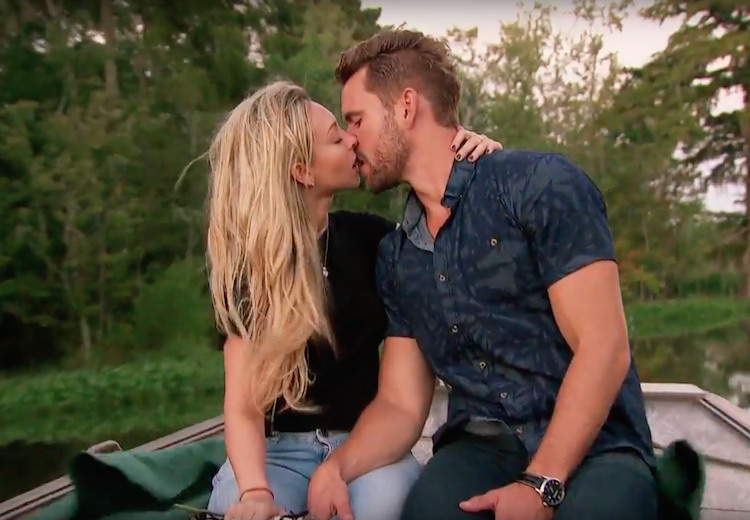 But this is just simply incorrect.

A woman can be so many things – and being sexual is nothing to be ashamed of, nor does it negate any other aspect of her personality.

It’s time to move past this dated notion that being sexual is a flaw in some way. As women, we must vehemently reject these ideas and fight against them – even when they pop up on reality television. After all, the people calling Corinne a slut online are the same people who probably whispered it in the halls of high school.

Ultimately, no one’s sexual identity should be attacked for any reason. It is an amazing thing to be sexually confident, and someone like Corinne should be made to feel proud of that – not silenced. As a society, we need to start celebrating one another’s identities instead of constantly finding reasons to tear them down.

Filed Under
the bachelor
Latest