National Geographic released a clip of a brutally upsetting penguin fight, and Twitter cannot handle it

Naturally, we ~love~ animals, and we especially love binge-watching cute animal videos or getting glued to our phones to look at pics of them.

But now, Nat Geo Wild released a documentary clip titled “Homewrecking Penguin,” and it’s not cute-and-cuddly like you may assume — aka it’s much, much different than the photo contests Nat Geo’s had in the past (i.e., cuteness overload). And it’s also much different than this shot from the beginning of the clip.

Look how adorable these penguins are! 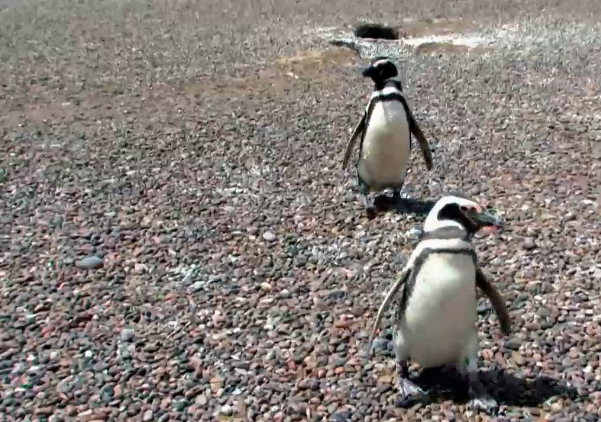 The dl on Nat Geo’s video? A love triangle… among penguins. But it’s not as comical as it sounds — not at all.

In it, the female penguin is having an affair with another male, reported Metro in the UK. (Yup, you read that correctly!) Chaos ensues (and blood — lots of blood).

According to the Nat Geo penguin video, penguins’ flippers are made up of solid bones. So, if they hit someone — say, another penguin — with them, watch out.

When the males fight, they call out to the female penguin and she makes the call: Who will she stay with?! In the vid, she chooses the homewrecker.

We know, we know.

But the penguin husband can’t take it, so he goes after the homewrecker — and the two fight again (!). More chaos (and blood).

Whether or not you watch the video for yourself (which is at the end of this post, but you’ve been warned), you can just go to Twitter and see what people thought.

Some assumed this is what the winning penguin looked like, post-fight (but without any blood).

While some were surprised that animals have the capacity to be unloyal.

Yet other people thought the lesson of the clip is true to life.

And some are in shock over who the female penguin chose.

While others (like us, as a matter of fact) are still thinking about the poor penguin who was cheated on (and beaten up).

And some people are using the penguin video for completely other reasons, like to promote health insurance. ?

You can check out the clip here, but one final warning: There’s that aforementioned blood and gore, so only watch the video if you’re prepared.