Nestled in Wejherowo, Poland’s town square stands a tall, meaningful statue of none other than… Darth Vader?

Ordinarily, the figure looks like 17th century nobleman Jakub Wejher, a man who founded the town in 1643. Here, he’s depicted in a proud, imposing stance with long locks and a majestic cape. Honestly, he looks exactly how you’d imagine a dude who historically claimed a town to look:

But then snow happened, Buzzfeed discovered. And it all changed.

After a recent blizzard, the beloved Jakub Wejher was covered in a million little snowflakes, and he was transformed into a completely different person: Darth Vader.

An official Wejherowo Instagram account posted the Vader doppelganger, and we’re really happy they did, because this space villain statue is giving us much joy.

With his hair and face being concealed behind the white ice crystals, it almost looks as if he’s wearing a space helmet whilst preparing to go on an intergalactic mission of some sort:

I mean…the resemblance is insane, right? 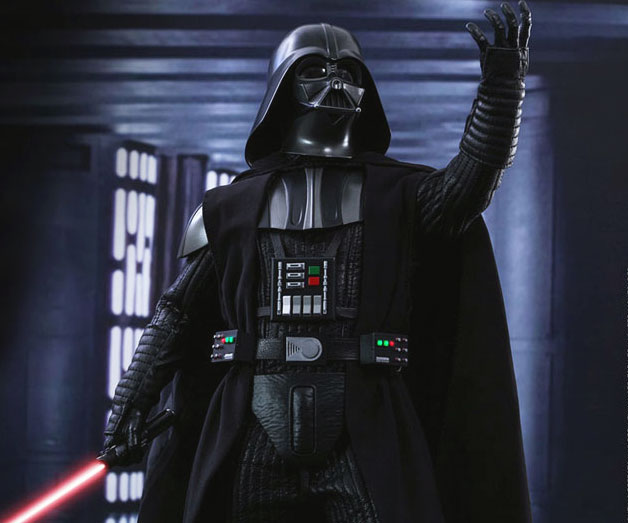 While that is one amazing transformation, we can’t help but wonder: are there other statues that have changed during a blizzard without us even noticing? (We’re definitely going to pay closer attention next time the snow, or the Dark Side, pays us a visit.)