I wanted to love “Doctor Strange,” but it should have passed one test

Like many of us, I was thrilled to learn that two of my favorite nerd loves were coming together this year, Marvel and Benedict Cumberbatch, in the film Doctor Strange. After the trailer was released at this year’s Comic-Con, my excitement only grew and I couldn’t wait to see the film on opening day.

The impressive acting, breathtaking effects, and riveting story all made me want to fall in love with this film. But something held me back, though I couldn’t quite put my finger on it. Halfway through the film, I realized what it was.

If the Bechdel test doesn’t sound familiar to you, it is a basic assessment of how women are treated in film. It asks three questions of each film:

1) Are there two named female characters?  2) Do those characters speak to each other? and 3) Do they discuss something other than men?

This should be simple enough to expect of most films. But in reality, only just over 50% of films pass all parts of the test, as reported by Five Thirty Eight. Doctor Strange, along with many other blockbusters and Marvel films, fail on this basic level.

Doctor Strange only passes the first piece with two named female characters, The Ancient One and Christine Palmer. These women don’t interact with each other. There is only one other named female character, Tina Minoru, but she serves as an Easter egg to an upcoming series, more than as a developed character. 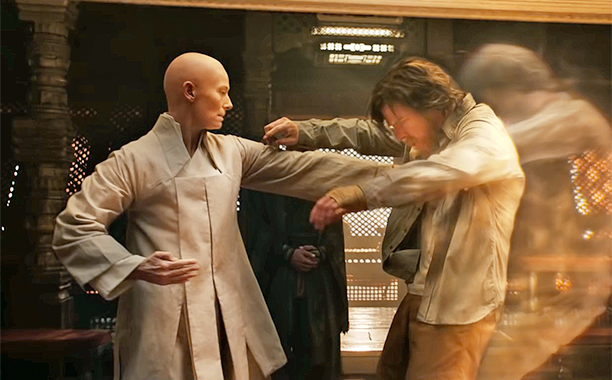 Today in Hollywood’s top films, women often serve as window dressing for the male leads to lean on. When asked why this hasn’t changed, Hollywood’s elites have expressed that films focused on women, whether they incorporate female leads or merely pass the Bechdel test, make less money than their counterparts.

One of these days, Hollywood’s major players will need to come to the conclusion that presenting women with diverse roles is not only the right thing to do, but it also makes business sense. And films like Doctor Strange should begin to have strong supporting characters played by women and men that engage in the story arc.

Thankfully, over the past forty years the number of films passing the Bechdel test have increased — but it has been a slow process. Hollywood is behind the times when it comes to what the audience is looking for.

The announcement of upcoming superhero films like Wonder Woman and Black Widow, where women will take the lead, show that studios are definitely heading us in the right direction. Not to mention, Rogue One, which comes out next month, passed the test in the trailer alone.

In the meantime, we can continue to choose which films we spend our time and money on, and hope that Hollywood catches up.