They just released a deleted scene from “The Force Awakens,” and Chewbacca is a BADASS

If you’ve been positively obsessed with Star Wars: A Force Awakens, the news that a deleted scene is resurfacing on an upcoming 3-D collector’s edition Blu-Ray might tickle your fancy. According to Entertainment Weekly, the scene reveals the fate of Unkar Plutt, the junkyard dealer played by Simon Peg (he’s one of the easter eggs to look for in the film!). So as it turns out, Chewbacca—who is known for being so lovable that he was once re-imagined as a Winnie the Pooh character—gets a little BRUTAL in the scene. Prepare yourselves accordingly!

Here’s what goes down. Plutt has tracked down Rey on the planet Takodana and threatened her for stealing the Millennium Falcon from him, which gets Chewbacca more fired up than we thought humanly possible.

In the words of EW, “Chewbacca disarms him. We’re talking literally. Rip! Plorp! A limb goes flying and lands on the gambling table, earning a high-pitched scolding from Warwick Davis’ character Wollivan.”

Even though that Wookiee is so cuddly, we always knew it was just a front for his total badassery!

We’re kind of glad this scene wasn’t in the movie, because although we’re excited to see another side of Chewie in the special features—it didn’t feel necessary in the film for Chewie to lash out in such a dramatic (and graphic, by the sounds of it) way. The decision to delete the scene for the final edit was probably the right one for the story, especially knowing that Chewie has a loyal fan base.

Also, we have a strange affection for Plutt, even though he was weird and resembled a giant possessed potato. 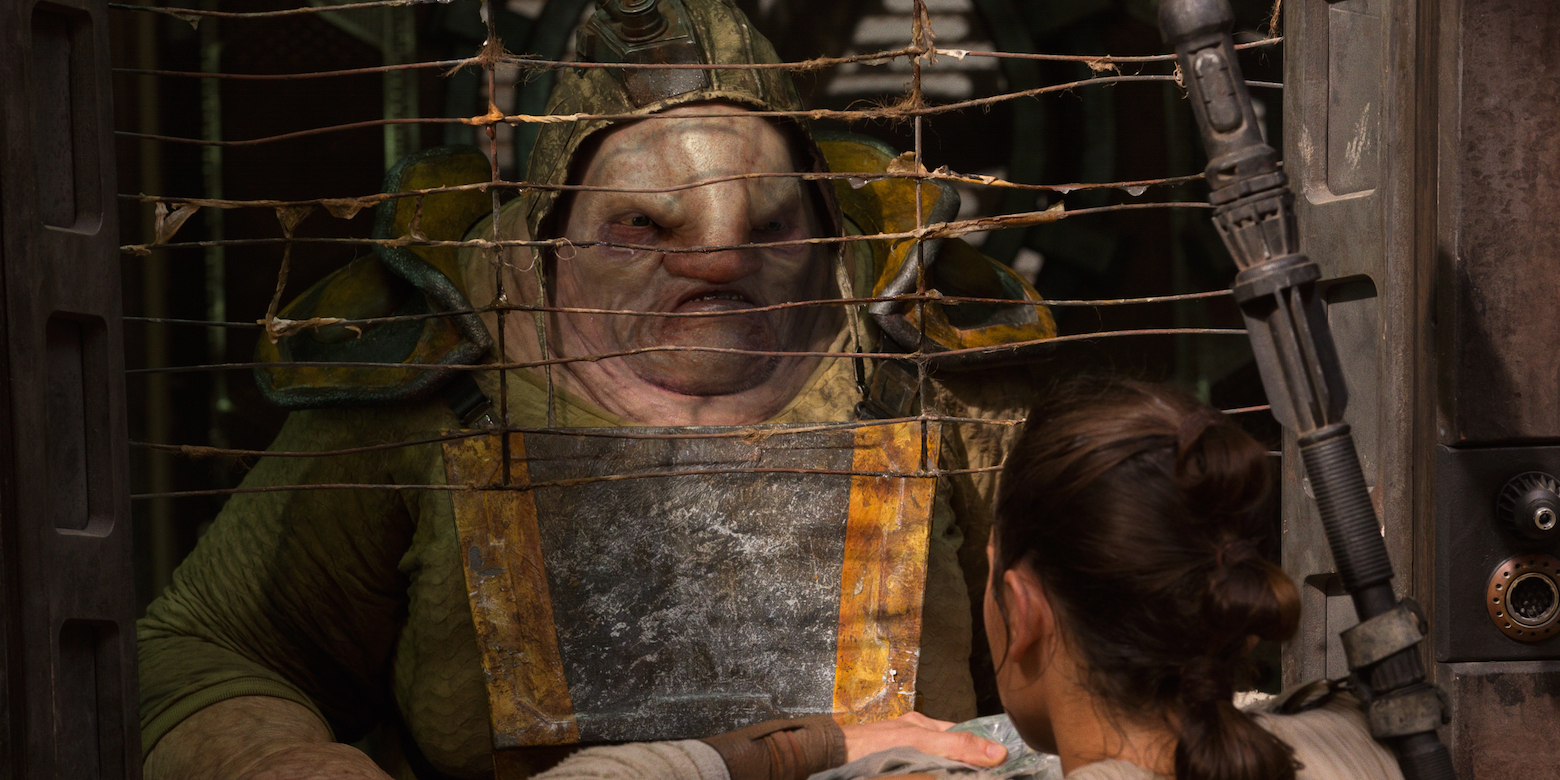 In order to see the full deleted scene and learn more about the film from its mastermind J.J. Abrams, the Blu-Ray comes out on November 15th. Star Wars binge-fest here we come!