If you haven’t seen Captain America: Civil War by now, you probably should. It’s a fun sexy time for you. It’s also got a hilarious and well placed Arrested Development Easter egg you might not have noticed. Who ever thought the Bluths would cross paths with The Avengers? That’s one mashup we never saw coming.

The big climatic battle of the movie, between Team Cap vs. Team Iron, takes place at an airport. As our Avengers run around, trying to beat the crap out of one another, you can see an airplane stair car off in the distance. You know stair cars, right? It’s what’s used to get on and off airplanes without the use of an actual terminal. They can drive from airplane to airplane, even around town and to prisons, so be wary of hop-ons! And if you know Arrested Development like the back of your hand, you know where this is going. 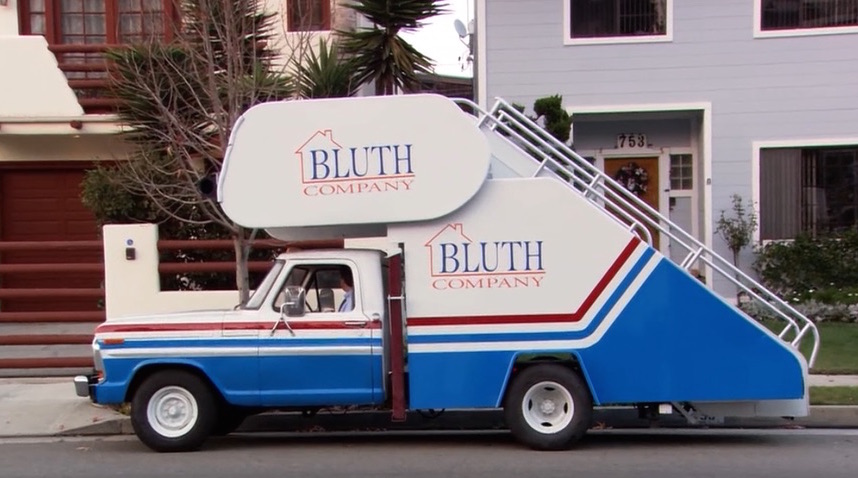 This also isn’t the only Russo Brother’s Easter egg in the movie. Along with Arrested Development, the brothers also directed a bunch of Community episodes, and at the beginning of the movie Jim Rash shows up as MIT’s dean. For the sake of “dreams come true!” let’s pretend Dean Pelton left Greendale Community College for bigger and better things and now gets to hang out with Tony Stark.

In short, could we really be living in a world where both Community and Arrested Development exist in the Marvel Cinematic Universe? Well, that’s a clear cut situation for comedy. Tell your friends.