Warning: All team Christopher people should stop reading this right now. Everyone else, who is most likely team Luke — aka the right team — keep reading, you’re going to like this one.

In case you forgot, it’s November — which means Gilmore Girls: A Year in the Life is almost here! As a part of the countdown to the Gilmore Girls revival we had to explain once and for all why Christopher Hayden was the worst guy for Lorelai Gilmore.

Before we tell you the many reasons why Christopher was the worst — sorry he was the worst — we have to admit that David Sutcliffe, who played Lorelai’s first love and Rory’s father, is a total dreamboat. Okay, now that we’ve pointed out his obvious good looks, let’s get real, Christopher was actually her least fit boyfriend, even though on paper they seemed like a good match.

Seriously, where the heck was he all those years? Not paying attention to his fatherly responsibilities, that’s where! He was always gone, which is not an ideal mate. Plus, because he was always so wishy-washy, you could never count on him for anything.

The truth hurts sometimes, but we just have to tell it like it is. While Chris didn’t mean to be a coward, he was lacking some serious courage, which is something Lorelai needed in a man. The best example of this is the fact that whenever Richard and Emily would praise him and not Lorelai, he just let it happen. He never took responsibility for his actions or stood up for his love. It was so lame.

He abandoned Lorelai after she got pregnant.

Chris was also 16 years old when he got Lorelai pregnant, so he was just a child, but still he went on to college and then got a job and never really owned up to his part in the whole baby thing. Although they’d moved past it when Lorelai and Chris did date again, the feeling of abandonment always haunted their relationship, for better or for worse. 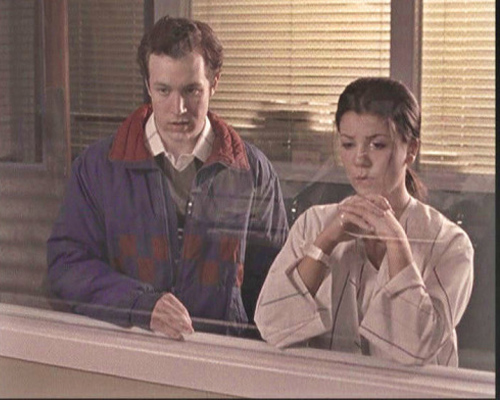 Traditions were not sacred to him.

Okay, we understand that in life there are compromises and when you are with someone you have to allow them to add in their two cents when it comes to holidays, but Christopher just wanted to change too much. When he lived with Lorelai, he tried to switch everything around when it came to Christmas. Sure, Lorelai could’ve changed a few things, but throwing out their stockings? Not cool, buddy.

Winner of the “worst in-laws” award.

Unlike Luke’s family, Christopher’s parents — aka Lorelai’s in-laws for that brief time they were married — were the worst. They insulted Lorelai on multiple occasions and even were rude to Rory, who is their granddaughter. The most important thing however, is that Christopher never stood up to them, which is horrible, and another reason why he shouldn’t be with her in the end.

Being divorced from Sherri was just another thing that complicated the possibility of a good relationship with Lorelai and it was too much to handle. He abandoned his ex while they were still married, hooked up with Lorelai and then went back to her, before eventually coming back to Lorelai. That is so NOT okay. It was rude, wrong and proof that he wouldn’t be a loyal man.

Love was just an illusion.

Despite his best efforts to show his affection for Lorelai, he was only in love with idea of being with Lorelai and not really her. He always thought his life would be better, or fall into place, if Lorelai was with him, which is a bad reason to date someone. 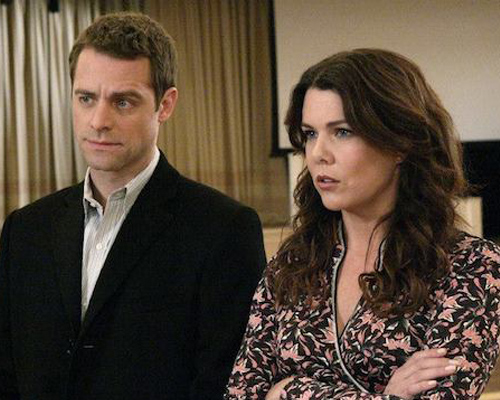 For some odd reason, Christopher continually forgot that his other daughter GG made things way too complicated in regards to his life with Lorelai. He let her do whatever she wanted, put her before his other daughter, Rory, and let her run wild. It was just so annoying and not a good environment for making a happy house.

Forgiveness was not Christopher’s forte.

Even though Christopher was given numerous chances by his loved ones, he had a hard time forgiving others for things they did in the past. Remember how he just couldn’t get over the fact that Lorelai wrote the character reference to help Luke with April? Or the fact that he would bring up Luke and Lorelai’s relationship all the time? He just couldn’t let it go and therefore he would harp on it forever and it actually ruined the trust that sort of existed in their romance.

No money, lots of problems.

Beginning in Season 1, it is clear that Chris doesn’t have the best track record with making money and being stable. In fact, he lies to Lorelai when he comes to visit the girls in the first season and his credit card doesn’t work when he goes to buy Rory a gift. It’s very uncomfortable. 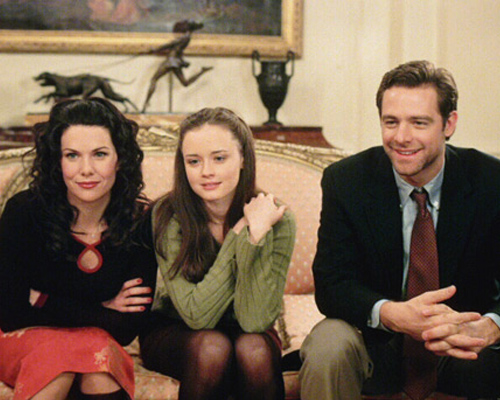 Anger was his middle name.

We get it, life didn’t always go as planned for Christopher, but he would freak out at the drop of the hat. He got angry very quickly, had jealousy issues, and even got into a fight with Luke, which we can never forget. If he remembered to breathe every now and then that would’ve been much better for everyone.

He only looked out for number one.

This might be our biggest issue with Chris, because it happened all the time. He came in and out of the girls’ lives when it was convenient for him, which just rubs us the wrong way. You can’t be a good boyfriend, husband or father, if you only report for duty when it pleases you. Ugh, he was so terrible.