Um, the ENTIRE ‘Game of Thrones’ Season 7 plot might have just been leaked in *detail* (no, seriously)

It seems the Lord of Light has allowed for some pretty intense Game of Thrones season 7 spoilers to be leaked, with less than a year to go before the season airs. According to Moviepilot, someone has allegedly leaked the ENTIRE Game of Thrones season 7 plot on reddit. Season 7 of GoT is set to premiere later than normal next year, due to the fact that after six long seasons, winter is FINALLY here.

Despite the fact that the cast are deep into filming the season, the incredibly detailed leak is here to answer any questions one may have about why a particular character or two has reemerged after some time away.

According to users on Reddit, the originator of the leak was user “awayforthelads” who posted all of the leaks in various posts. In true GoT style, “awayforthelads” has disappeared from Reddit, probably rowing away from showrunners David Benioff and D.B. Weiss, a la Gendry. 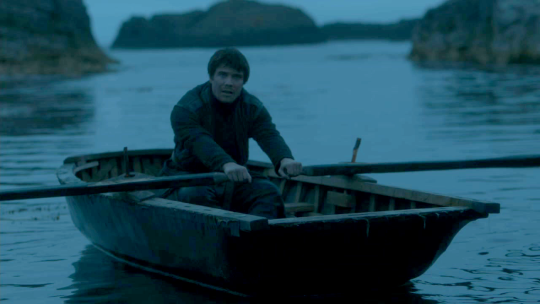 In another GoT-style twist, another Reddit user, “maureencreates” was able to compile the deleted account’s posts into their own, spoiler-happy post. THE DRAMA!

While fake spoilers are leaked all the time, there are a few reasons this post could be legit. For starters, as Moviepilot pointed out, the spoilers are soooo detailed that there has to be at least some truth to them. Trust us, there is SO MUCH DETAIL! Additionally, a frustrated Nathalie Emmanuel, who plays Missandei, tweeted:

We encourage anybody looking to read the spoilers to remember:

Unfortunately, this isn’t the first time the HBO has experienced leaks before. Despite, being generally good at keeping plot points under wraps (HOLD THE DOOR!), leaks happen. In April of 2015, the first four episodes of season 5 were leaked. The breach most likely occurred after the leakers were given press copies of the episodes.

Even last year, Business Insider reported that leaks from season 6 had appeared on YouTube, something HBO worked overtime to suppress.

Warning, if you view the spoilers and have regrets you may be feeling a bit like Robb:

As superfans of the show, it’s always a little bit of a bummer when the magic of the show’s mystery is spoiled but we also REALLY want to know what happens! We’re praying to the old gods and the new, that Benioff and Weiss don’t punish the masses and in a Cersei-like twist, kill Jon, Dany, and the rest of our faves with wildfire!