The only thing better than a lazy Sunday is a lazy Sunday with an awards show. Thankfully, that’s exactly what we got last night when the iHeartRadio Much Music Video Awards took place in Toronto, Canada. The country had their own version of MTV’s Music Video Awards, and major stars attended to present and (hopefully) win awards. Joe Jonas and Alessia Cara co-hosted the special night, with stars like Iggy Azalea and Camila Cabello performing at the event.

Stars like Lorde and Drake took home awards for International Artist of the Year and Most Buzzworthy Canadian, respectively. And while we love keeping up with the show itself, we’re pretty partial to eyeing the red carpet so we can see what some of our favorites wore.

Read on for our 11 favorite outfits from this year’s iHeartRadio Much Music Video Awards.

2Shay Mitchell glowing in this white on white ensemble

5Julia Michaels is a pink lady in this look

7Martha Hunt in her best black on black

11Delaney Jane in this blinged out ensemble 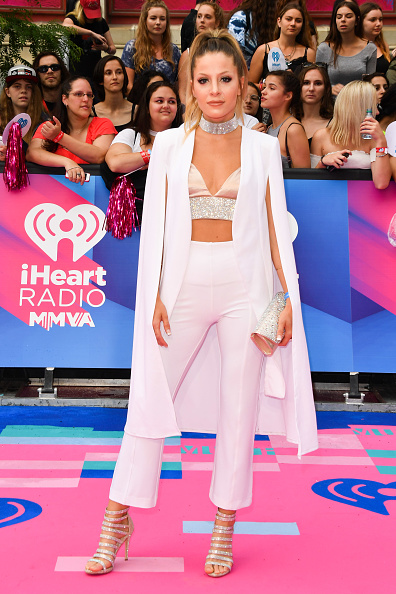 We loved seeing everyone’s looks, and hope they had so much fun at the awards.