How I rebuilt my relationship with my father, a recovering alcoholic

I have a vivid memory of waking up in the middle of the night to my parents fighting when I was about seven years old. Their bedroom was next to mine, and through the wall, I could hear my mom say, “With the kids in the car? How could you?” I remember thinking my sisters and I would be in trouble — why else would she be talking about us? But the next day at breakfast, my mom kissed us and said she loved us. My dad apologized. I wasn’t sure what he was sorry for, but after that, I noticed that my mom didn’t let my dad drive alone with us in the car for a while.

Years later, I look back at that moment as the turning point: My dad went from being Dad, to being an alcoholic.

Luckily for me, our relationship survived that car ride and the rest of the twists and turns that come with loving someone battling addiction.

For as long as I can remember, my father has been a drinker. There are pictures of him as a much younger man sunning himself by the lake, a beer in one hand and my older sister laughing in another. On holidays, he would do shots and smoke cigars with my uncles in the back shed. His afternoon ritual — a beer and a nip of Yukon Jack at work after he closed down the shop — was never one done in secret.

Growing up, I knew my father liked to drink — maybe I knew he liked to do it a little too much, but it never worried me. He never got angry or scary like the drunks in the movies, he never acted inappropriately towards me or my sisters like the bad people on TV, and he never made me feel unsafe, uncomfortable, or unloved when he was drinking.

That is, until he did. 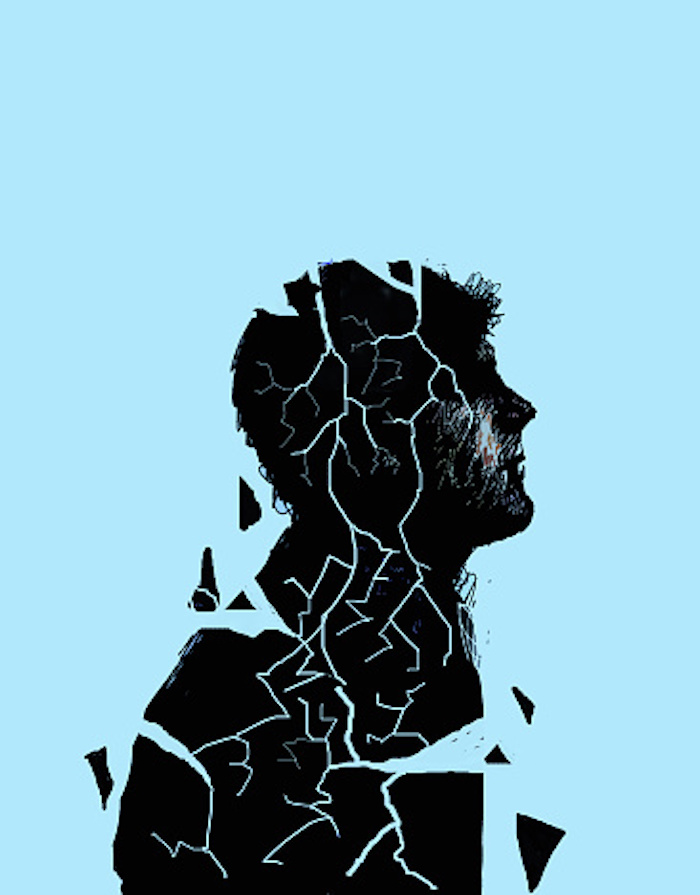 There was that night when he drove me and my sisters home, drunk, after too many beers at a friend’s house. And the time when he had too much at the Fourth of July cookout, and had to be taken home by my uncle before the fireworks. There were other times, too, where he would come home from work angry and screaming, mornings when he was cold and more than the usual amount of cranky.

By the time I was in my teens, those moments happened more and more frequently until, finally, one afternoon in 2009, he got in a drunk driving accident that finally woke him up to his destructive behavior.

After losing control of his motorcycle and crashing into a rain gutter, he broke several ribs, was almost arrested, and was told he was lucky to have walked away from the accident at all. That rude awakening made my dad promise to stop drinking and get sober, a promise that he has mostly kept since that fateful day.

But by the time my dad took his pledge of sobriety, a lot of damage had already been done to my family. He was a hard man to trust, and a difficult person to live with. His alcohol-fueled cruelty pushed my mother away and led to several separations. His drunken rants nearly destroyed his relationship with my older sister, who got the brunt of his anger. Suddenly becoming sober wasn’t going to make all that go away, and it certainly wasn’t going to make my family all better.

Just as I always remember my dad being a drinker, I always remember my family talking openly about alcohol, its side effects, and its consequences. Alcoholism runs on both sides of my family, and it wasn’t a fact we kept hidden like they do in the movies. Instead, it was something I was made aware of from a young age, something I was encouraged to think and ask questions about. So when I started to see it happen with my dad, I didn’t keep it to myself. With the help of my sisters, I found the courage to speak up and talk to my mom about what was going on.

I was in middle school the first time I asked my mother, straight-up, if my dad was an alcoholic.

I don’t remember her exact answer, but I do remember the conversation that followed. It was the first of many long talks my family and I would have about addiction. We talked about the disease in clinical terms — how it physically and mentally controlled my father. We discussed it in personal terms — how it affected my life and my family. We got angry about it and shared our frustrations. We got confused about it and leaned on each other for insight and answers that weren’t always easy to come by. We owned the addiction, not as our own, but as my father’s and as a part of our family dynamic that couldn’t be swept under the rug.

Often, when faced with the challenges of addiction and the problems it causes, people want to hide it away and pretend it’s not happening — at least not to them or someone they love. But ignoring the problem never solves it, and it never makes anyone feel better in the long run.

My mother, whose own mom was an alcoholic, knew first hand that staying quiet about addiction doesn’t lessen its grip or its effects. So she chose to face it, head-on, with understanding and clarity she wanted to pass on to me and my sisters. She approached my father’s addiction with love, not anger, and asked that we try to do the same.

Anger rarely solves anything, but love isn’t the cure-all either. I couldn’t despise my father until his problems went away any more than I could use my affection to cure his addiction. What I could do is try and recognize his disease and understand his affliction.

Alcoholism, after all, is a disease — not a lifestyle choice. So how can I be angry at my dad for being sick? How can I stay mad, years later?

Loving an addict of any kind is hard. You want to fix them, you want to save them, you want to take responsibility for them, and take on all of their problems as your own. But the only way my love for my father survived his alcoholism and struggles  in his time of recovery was not by judging him, not by trying to mend his wounds or repair his damage. It was by trying to understand his disease, by supporting him in his recovery, and by forgiving him for his past mistakes.

My father has been mostly sober for almost eight years. Since he stopped drinking, we’ve gotten closer than ever. He doesn’t try and hide his past from me or anyone else and can frequently be heard starting stories with the phrase “When I was a drinker…” We don’t sugarcoat his years as an alcoholic, and the older he gets, the more willing he is to dive deeper into them and apologize for his past mistakes. He’s joined my family’s ongoing discussion about addiction, becoming part of the open lines of communication that have held us together all these years.

It isn’t always easy, but talking about and understanding his addiction has become a necessary life jacket keeping our relationship, and our love, afloat in a tumultuous sea waiting to pull him back under water.