Do you know how it feels to be jealous of a cartoon skunk’s eyelash game? Flower from Bambi has the most sultry eye. And have you ever noticed Zayn Malik’s guylashes? There are entire Tumblrs dedicated to them. I was always envious of doe-eyed people who were born with naturally long, full lashes. Due to my own being short and straight, I had no choice but to become an expert at applying falsies, learning what the best mascara was and which curler made my eyes look big and bright. Eventually, I decided to bite the bullet and try out eyelash extensions. I was pleased with how they looked, but sometimes they would feel heavy on my eyes and the aftercare was more high maintenance than I would have liked. I was also hesitant to do anything that might mess up my lashes like getting facials. After one fill, I decided to nix the extensions and go back to my mascara-loving ways.

Sometime after, a friend of mine told me she found a place called GBY Beauty that offered sweatproof lash extensions. GBY’s exclusive formula was specifically made with fitness clientele in mind. “Our Active Lash treatment was developed for those with active lifestyles or those looking for longer lash extensions,” GBY Beauty co-founder Kendra Studdert told HelloGiggles. “It’s perfect for everyone, even if you don’t like to sweat.”

With Active Lash, you can immediately get your lashes wet or use oil-based makeup. Regular lash extensions have to stay dry for 24 hours after application. The Active Lash ones also last 4 to 5 weeks before you need a new fill, while regular ones need to be touched up every 2 to 3 weeks. My friend had also mentioned that the aftercare was really easy. I was immediately intrigued. The top photo is of my normal BIRTH LASHES and the photo underneath are the regular eyelash extensions I had tried before at a different studio.

While I was a nervous about the possibility of having the same experience as I did with regular extensions, the thought of having lashes that would outlast through any cardiovascular activities was tempting. Bring me to Zayn Malik eyelash heaven!

My lashes before, and after 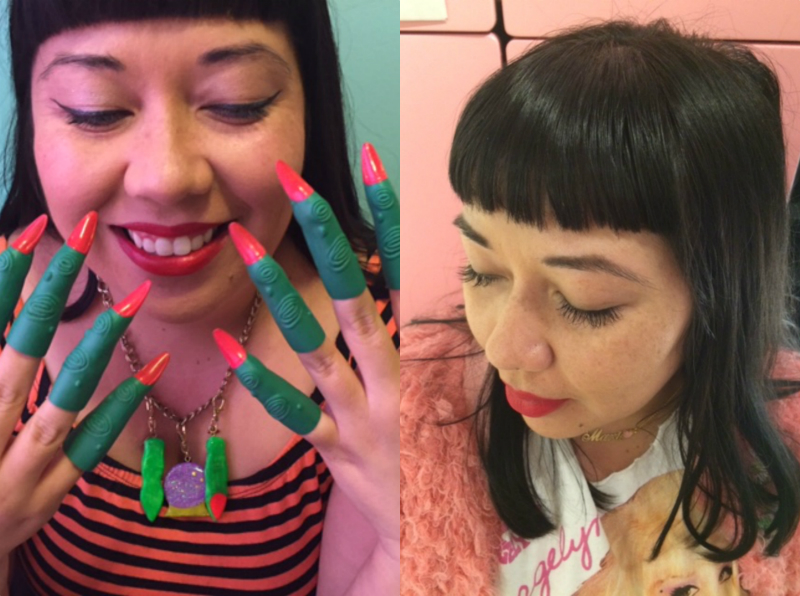 First of all, having these Active Lash extensions in was already a much more positive experience than the first go round. Unlike the ones I tried before, these were super light and it didn’t feel like there was something constantly in my eye. I hardly noticed I was wearing them.

And now….watch as I take them through the EXTREME SWEAT TEST:

My first test was an actual facial that I got the morning after receiving my lash extensions. This was a weekend of PURE pampering. Since I had been used to not letting my lashes get wet for a day after, I was a bit nervous about the steam getting all up in my face. Afterwards, my skin glowed,  felt like a goddess and my lashes looked as good as new. I was so relaxed, I forgot to take a photo like an amateur. 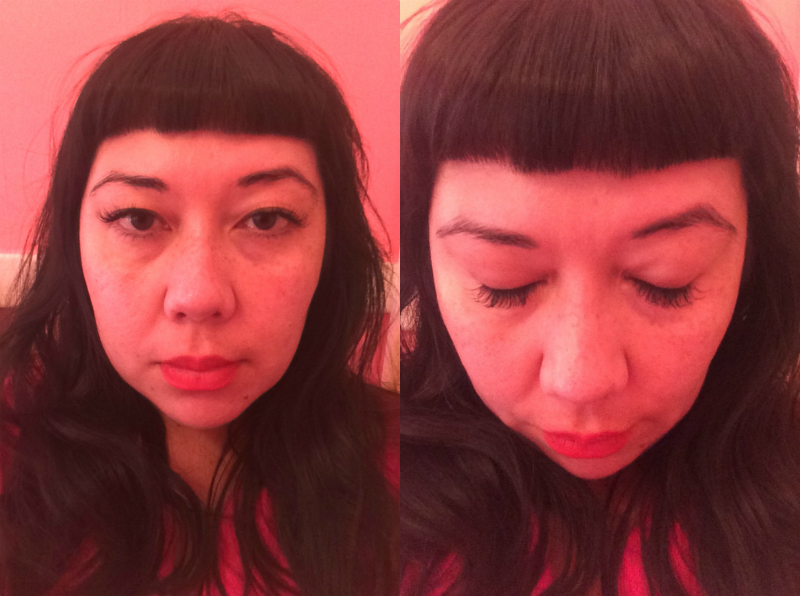 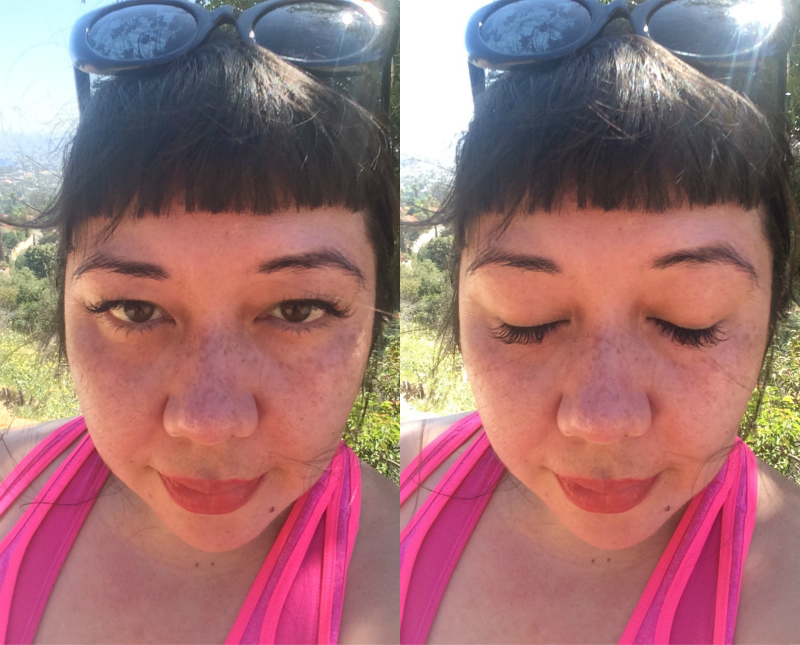 I hadn’t hiked in over a month and it was almost 80 degrees out, so I knew this was going to be sweat city. I felt like I was going to barf a few times and was CERTAIN I would look like hell by the time the hike was over. I was right, I looked like hell. But my lashes? MAGNIFIQUE. 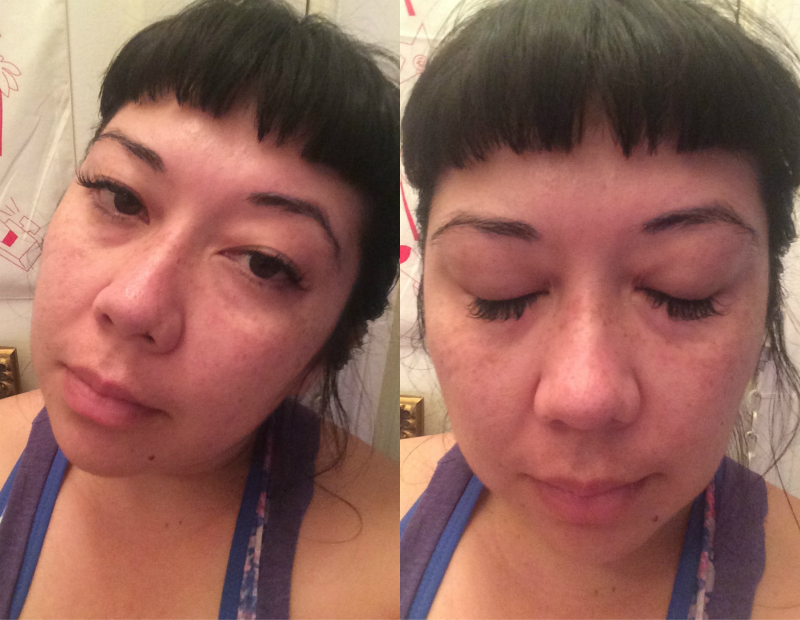 I had planned on taking a Zumba class where I knew I would be guaranteed a sweaty experience dancing to the latest Pitbull song, but then I remembered a class I wanted to take called Pony Sweat. First of all, anything with the word “sweat” in its name seemed like an appropriate choice. Also, “pony.” It was so much fun dancing like a maniac to Kate Bush and Misfits tunes. The class was amazing and SO SWEATY and my lashes were soaked, but looked great! I did notice that a couple of my lashes were out of place after the class but I simply combed them with a spoolie brush and they were back to normal. 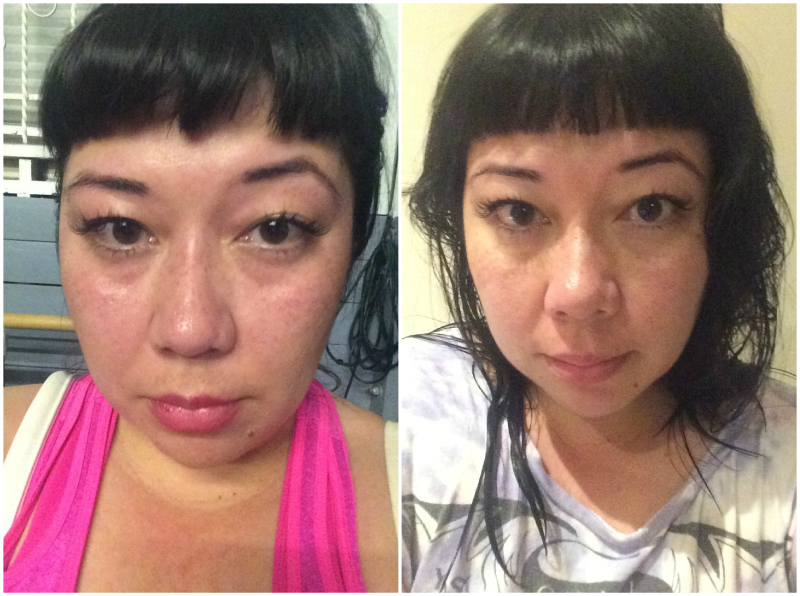 The photo on the left was taken after another dance class, and the one on the right is how I looked after going to a spa AFTER the dance class. Yes, I looked frightened, baby deer caught in headlights, but I was extremely relaxed. After all, I had been sitting inside of a world of steam for hours, just sweating my troubles away. I also got a scrub and a massage and had to lie face down so I thought I would sure mess up my lashes, but they were fine!

If you are a person who lives an active lifestyle or just want your eyelashes to look fierce 24-7, Active Lash is truly the jam. They seriously survived through all the hot and sweaty situations I put them in. Of course, eyelash extensions are not immortal, and I refrained from doing anything that would smash my lashes, like using a sleep mask. I also tried to be mindful of them and brush them with a spoolie to keep them neat, which GBY recommends. The only problem? It will be SO hard to go back to mascara!