A few months ago, I was confronted on Twitter about a piece that I wrote last year. It was a feature that I’d pitched, and it was framed as a discussion on how women of color inspire beauty trends.

Since then, I’ve seen how many friends and fellow writers point out the problem of using the term “woman of color” instead of “Black” if you are talking about Black women. Publications and individual people will use the phrases interchangeably—but they aren’t synonyms. When you say “woman of color” and actually mean “Black woman,” you’re not only being misleading—you’re essentially erasing (and likely offending) an entire demographic.

Representation is of major importance in media and writing, and saying exactly what you mean is just as important. When it comes to the headline for that piece, it was definitely my fault and I had to take responsibility. I understood that I wasn’t being personally attacked and reflected on my word choice. false

I meditated on why, as a Black woman, I thought I had to use “women of color” in the first place.

I thought back to writing that article pitch. I realized I’d felt like the idea wouldn’t have been approved had I said I wanted to write a piece only about Black women. It felt like a risk that I literally could not afford as a freelance writer.

I thought back to one of the last job interviews I went on. It was for a staff writing position (on an all white team). I expressed that the site needed more Black content, and while I didn’t land the gig, I did get to pitch ideas focused on Black culture. The fact that I wasn’t hired full-time made me think that they only wanted those kinds of topics addressed in small increments. I figured that they preferred to talk about potentially viral Black stories. I couldn’t shake the notion that they were put off by my emphasis on Blackness and Black femme issues in my job interview.

Maybe if I’d said the site needed “content for women of color,” then it would have gone differently.

I’m also reminded of the full time administrative position I once held. Colleagues tiptoed around the word “Black” during the entire time I worked there. My skill as a writer was known in the office, and I was asked to pitch and write pieces “about diversity.” I was never specifically asked to highlight Black women or their hard work, but was essentially asked to be a spokesperson for all women who aren’t white.

This showed me that Black women and women of color are often clumped together by white people, and my coworkers saw no problem with that.

In an effort to stay low and take care of myself financially, I didn’t speak out. I even wrote a few pieces. 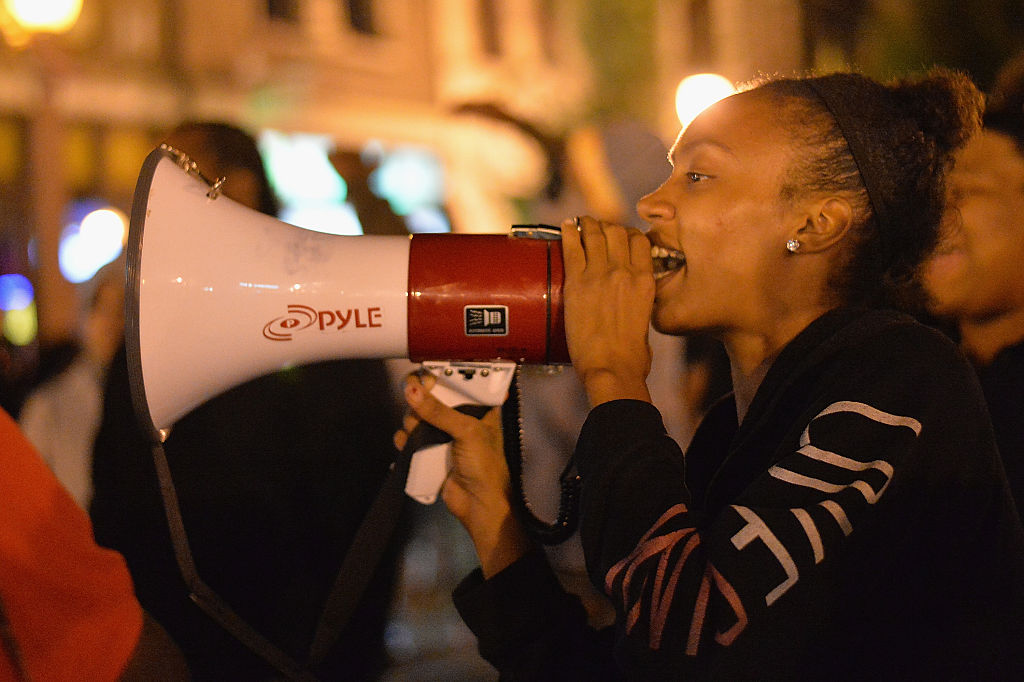 Though Black women and women of color are all groups who have historically been excluded from “feminist” progress, Black women have different experiences than other women of color. For example, according to Bustle in 2017, Black women are killed more frequently than any other race in America. Black women in America are most likely to die while giving birth because of racism in the medical field. Black women also have to deal with erasure from movements that they started, specifically people like Marsha P. Johnson in the Stonewall Riots.

Black women are not always given the chance to express the same emotional depth as other women of color. I’m thinking specifically about anger. When a Black woman expresses her anger, she is often dismissed as an “angry Black woman.” A Latina woman who expresses her anger will be reduced to the “feisty” or “spicy” Latina.

Both stereotypes are damaging, but I mention them to show that we experience racism differently: One of these women is demonized because of her anger.

There is also a metric ton of hatred towards Black women in other non-white communities—from Asian women donning Blackface, to the messy Twitter history of R&B singer Sabrina Claudio, to the treatment of Afro-Latina Amara La Negra on Love & Hip Hop, to the exclusion of undocumented Black immigrants in many immigrant spaces. If Black women are not always welcomed and supported by other communities of color, then it’s completely logical why many Black women would desire to be addressed directly.

Until that day on Twitter, I hadn’t explicitly realized how my personal encounters unquestionably shaped how I approached my writing about Black women. I’m not excusing myself, but these are glimpses into how some people think Black women’s narratives will fare in the media.

Using “women of color” terminology instead of saying “Black” shows how Black women and our unique experiences are minimized.

People are so caught up in wanting to “be inclusive” that they don’t realize they are erasing people. Simply put, woman of color and Black mean different things—and moving forward we should be hyperaware of the fact that they can’t be used interchangeably.