So, this is probably why Clay’s head wound never heals in “13 Reasons Why”

Throughout the first season of 13 Reasons Why, characters on screen and viewers grapple with the very heavy subjects of depression, suicide, trauma, harassment, and sexual assault. In the middle of all this, protagonist Clay Jenson (Dylan Minnette) keeps injuring his head, which on the surface is irrelevant to anything else going on in the show.

Halfway through the first episode, Clay falls off his bike, leaving a particular nasty-looking gash on his forehead. As the series progresses, a rock hits the same spot on his forehead and leaves a bruise, and toward the end of the series, Clay is beaten up, which once again prevents the wound from healing (and creates more cuts on his face).

So, why is Clay’s injured head so important? Clay’s perpetual head wounds actually serves as a viewer guide. 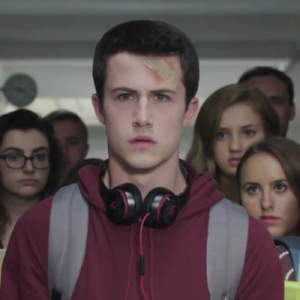 The series is about the aftermath of teenager Hannah Baker’s (Katherine Langford) suicide and the events leading up to her death, which are told through pre-recorded cassette tapes distributed to particular classmates. So, it makes sense that much of the story takes place using flashbacks. It can easily get confusing when the timeline switches back and forth so often, so it makes sense to have something to set the present apart from the past. A head wound is not only subtle, but it lasts longer than a change of clothing.

Seventeen writer Noelle DeVoe was the first person to publicly speculate about the head wound but it was definitely what we were thinking as we watched the series and we’re sure others noticed as well. The timeline becomes especially difficult to follow as Clay listens to the tapes and begins to “see” Hannah in various spots, so we’re not only watching the past and present, we’re sort of inside Clay’s head. 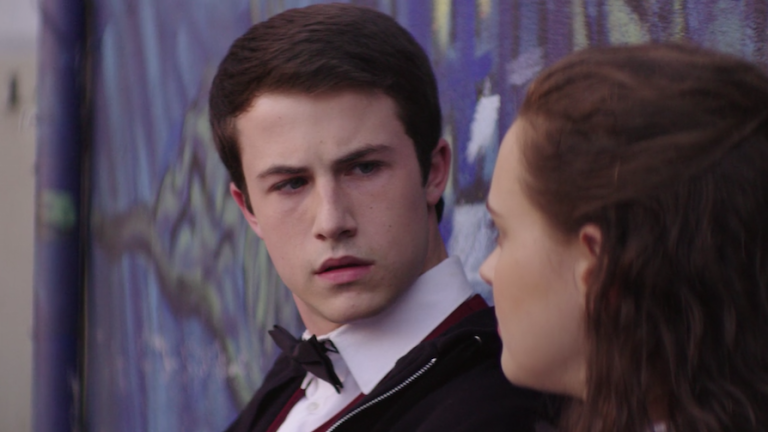 For instance, when Clay sees Hannah in the school hallway, he’s wearing a bandage, so we know that he’s just seeing Hannah’s memory. Without the head wounds, things could definitely get confusing. 13 Reasons Why is a show that’s focused on really difficult subjects, so it would be distracting if viewers spent too much time trying to figure out where in the timeline they’re watching.

While the timeline may have been obvious to some, we’re glad Netflix and 13 Reasons Why gave us a clear timeline marker to make our viewing experience just a little bit easier (if not more emotional).