Priyanka Chopra knows how to throw a party. The actress—who’s engaged to singer Nick Jonas—took over the Tiffany & Co. in midtown Manhattan on October 28th for her bridal shower…and it’s giving us so many Patrick Dempsey à la Sweet Home Alabama vibes.

In a stunning white feathered Marchesa gown and nude Louboutins, Chopra looked as opulent as the diamonds in the display cases. According to US Weekly, the event was hosted by Chopra’s bridesmaids, Mubina Rattonseyand and Anjula Acharia, and the guest list included Kelly Ripa, Lupita Nyong’o, and future sister-in-law Danielle Jonas (along with her daughter Alena). Chopra’s mother Madhu Chopra and stylist Mimi Cuttrell also reportedly attended.

The party reportedly consisted of Bollywood music, dancing, and speeches from the bridesmaids. And each guest was gifted a Tiffany’s bag that held a bottle of champagne and a wrapped gift.

The iconic store holds major significance for the bride-to-be. Her future hubby shut down the same store in July to pick out Chopra’s gorgeous engagement ring. 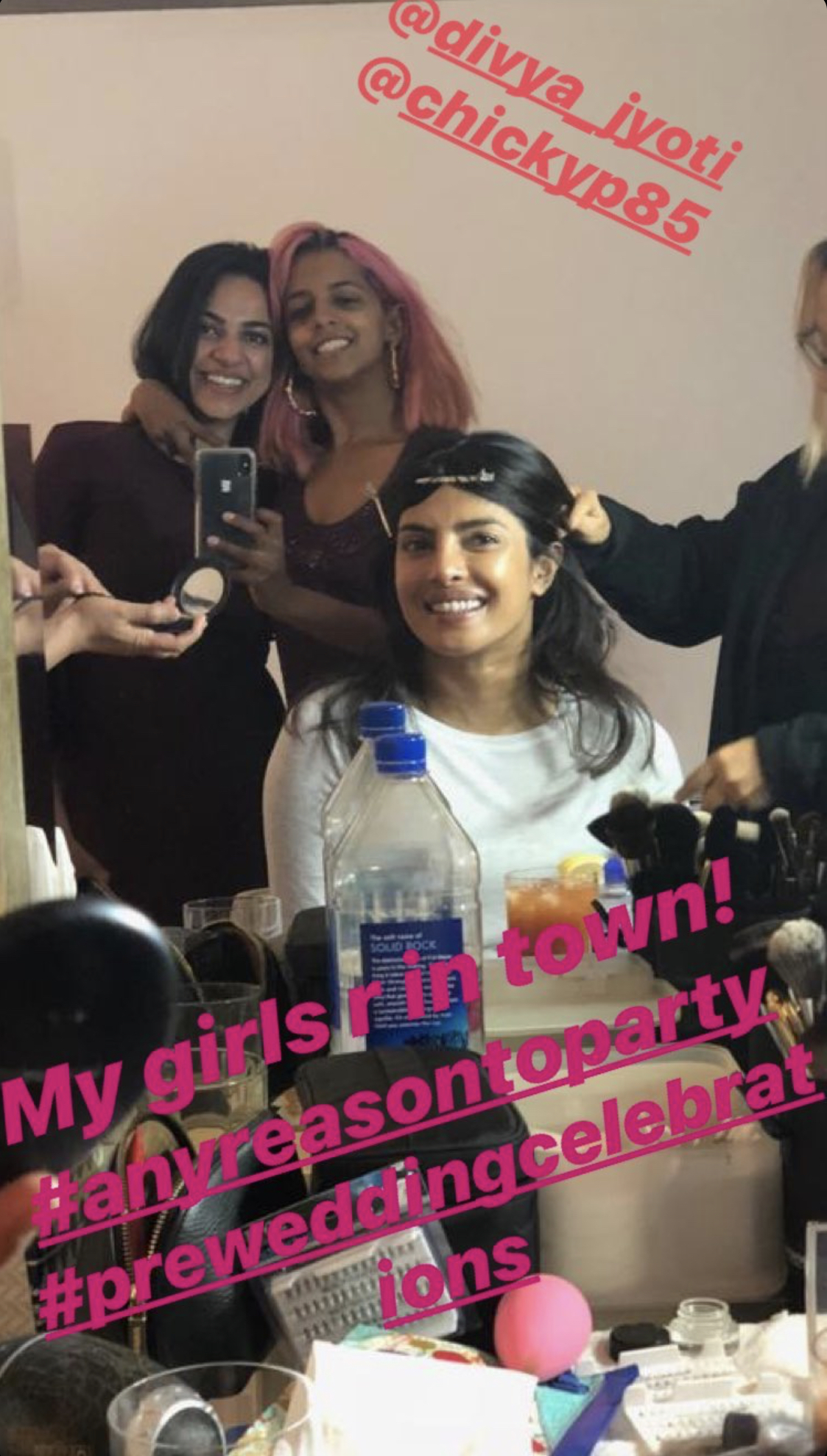 If Chopra’s bridal shower was this decadent, we can only imagine that her big day is going to be incredible.