Why “The Princess Diaries” is still important after all these years

When Princess Mia first graced the silver screen, I was nine years old.

I so vividly remember the experience of seeing The Princess Diaries in theaters. I remember sitting next to my mom and dad. I remember thinking Lana (Mandy Moore’s character) was such a bitch. I remember swooning/wincing from embarrassment when Michael came to the ball — it’s kinda hard to lose yourself in that foot-popping kiss when you’re sitting next to your parents!

What I remember most, though, is how much I related to Mia.

Mia, played by the lovely Anne Hathaway, was clumsy and smart.

She had the COOLEST best friend ever — the one and only Lily Moscovitz, played by Heather Matarazzo!

Mia got nervous in debate class and felt invisible to the opposite sex, much like the nine year-old me!

TBH, Anne Hathaway wasn’t an ugly duckling, no matter how frizzy they made her hair. Still, as a nine year-old, I could relate!

The movie is such a product of the early 2000’s — and I mean that in the BEST possible way.

The references, the clothing, the music, Mandy Moore — I can’t watch it and not go back to that time. I was in the fourth grade, and it was only a few months before September 11th happened. The world was a different place.

Britney Spears was the Taylor Swift of the day. EVERYONE was into Pokemon, and the internet was really *just*starting to catch on.  It was, I feel, a more innocent time — or maybe that’s just how it felt since I was a kid.

At nine, I hadn’t read The Princess Diaries series, nor did I know who author Meg Cabot was. The screenplay was written by Gina Wendkos, but this was my first introduction to Meg’s brilliant, funny, interesting characters.

Because I loved the movie so much, I read the book. Thus began my love of YA Fiction — though at the time, I was probably still a bit too young for it. Mia was 14 in the book, which of course, I thought was SO OLD.

The movie definitely set up expectations for me. No, I didn’t think Julie Andrews was going to unexpectedly pop into my life and tell me that I had actually been royalty this whole time. But there were a few assumptions that genuinely developed from my viewing of The Princess Diaries, and  I took them with me into my teen years. Here are just a few: 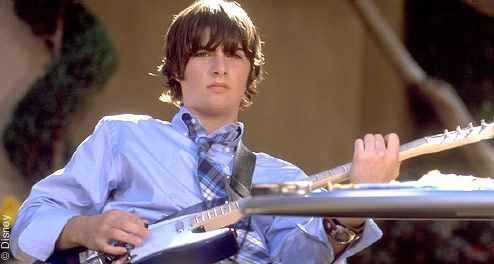 This one is real. When Joe quotes Eleanor Roosevelt and tells Mia, “No one can make you feel inferior without your consent,” that stayed with me a long time. WORDS TO LIVE BY.

OK, this is sort of a misnomer. As I described in my article about Frenemies , your middle or even high school nemeses can, and sometimes do, turn into genuine friends. People change as they get older. However, when I first saw the movie, I was all for Mia standing up to Lana (even though they become friends in the books). So badass!

Your foot is SUPPOSED to pop when you kiss someone

When Mia talked about how girls feet would pop in the kissing scenes of Old Hollywood films, it really got to me. I believed it wholeheartedly. Kisses, but first kisses especially, were supposed to end with your foot popping. This one was dead wrong — does anyone out there actually pop their foot?

This isn’t exactly an assumption, BUT when I first watched Grey’s Anatomy as a teenager, I definitely saw Christina Yang and was like, “Gupta?!?!”

You can use royal titles to get out of traffic tickets

I mean, not really, but this would be SO useful, right???

The cautious do not live at all

Mia’s dad gave her some pretty wise advice: “The brave may not live forever, but the cautious do not live at all.”

That’s advice that my nine year-old self truly did take to heart. ??

The biggest throwback there is. Myra knew ALL.

Happy 15th to Mia Thermopolis! May The Princess Diaries reign on (and let’s get that third movie going)!