Princess Diana was truly one of a kind. There’s no doubt in our minds her legacy will live on. It’s hard to believe it’s been nearly 20 years since her passing. Saturday commemorates what would have been her 56th birthday. In honor of Princess Diana’s birthday, Prince William, Prince Harry, Kate Middleton, and other close family members attended an intimate service at her family home. They also traveled to her resting place at the island on Oval Lake outside Althorp House, where a private ceremony took place rededicating her grave.

We can only imagine how moving and beautiful it must have been.

Prince William and Kate brought their children, Prince George and Princess Charlotte, to remember and pay tribute to this incredible mother, woman, princess, and humanitarian. The Archbishop of Canterbury led the intimate ceremony. No members of  press were permitted at the service. 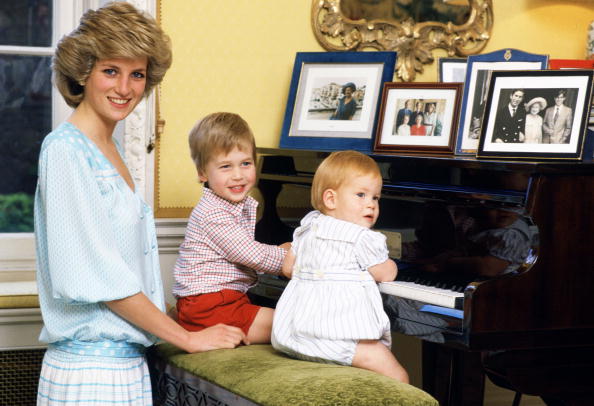 Kensington Palace released a short statement about the ceremony.

“The Duke and Duchess of Cambridge and Prince Harry will attend a private service to re-dedicate the grave of Diana, Princess of Wales at Althorp House on Saturday 1 July. The service, which will fall on what would have been The Princess’s birthday, will be conducted by The Archbishop of Canterbury and attended by her family.

Plans are also underway to erect a statue of the late Princess that will stand outside of her old home at Kensington Palace.

The princes hope the highly visible statue will not only honor their mother but help the public remember her legacy. They issued a statement that said:

“It has been twenty years since our mother’s death and the time is right to recognize her positive impact in the U.K. and around the world with a permanent statue… Our mother touched so many lives. We hope the statue will help all those who visit Kensington Palace to reflect on her life and her legacy.

Recently, Prince Harry has spoke out about the effects of his mother’s death on his mental health as part of his work with the mental health charity Heads Together. In a recent interview with the Daily Telegraph, he said:

"It was 20 years of not thinking about it and then two years of total chaos. And I just ... I couldn't put my finger on it, I didn't know what was wrong with me. I thought this was part of you know, growing up or whatever."