Prince Harry and Barack Obama just hung out, and this is a team-up we approve of

We always love to hear when our favorite celebrities are hanging out. Even though we don’t actually know them, it kind of feels like we do. So like any other friend we’re proud of, we’re happy to hear when they’re hanging out with other cool people. That’s why we’re psyched to hear that Barack Obama and Prince Harry just had an informal hangout session!

Today, the two awesome leaders hung out at Kensington Palace.

Like any real friends they posted about it on social media right afterwards. Or, if we’re being honest about modern friendships, probably during the hang out! According to People the two discussed support for veterans, mental health, conservation, empowering young people, and the work of their respective foundations.

So basically everything because they obviously had a lot of catching up to do!

The last time the iconic duo hung out was thirteen months ago during Obama’s presidency. He and Michelle met with Harry, William, and Kate, presumably to exchange high fives and make friendship bracelets. After that, Barack and Michelle had lunch with Queen Elizabeth.

We think it’s so awesome that the Obamas and the Royal Family are keeping in touch. 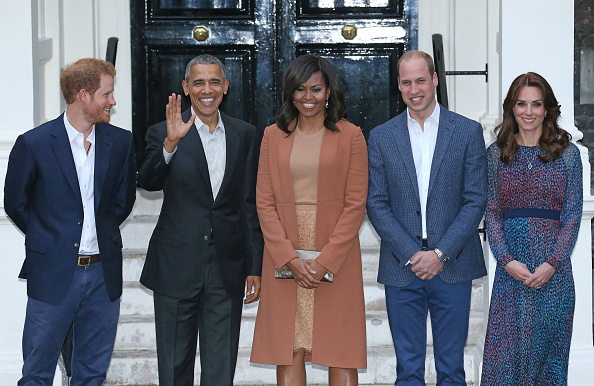 Even though Barack Obama is no longer president, he is still an influential world leader. And it’s clear that he and Harry had a lot of wishes for the world in common. We’re so glad they’re working together and discussing them. We feel better knowing that these awesome friends are still being amazing together!