Prince Harry has been enjoying the beaches and sunshine in the Caribbean. He visited many of the islands, and this week he got in touch with the local wildlife. As a part of The Nevis Turtle Groups Sea Turtle Conservation Program, Prince Harry helped release baby sea turtles back into their natural habitat.

The program dedicates its time to preserving the current and future generations of sea turtles. Prince Harry assisted in the conservation effort by helping tiny sea turtles make their way into the ocean. We’re pleased to see the Prince helping the environment. And we also love how adorable he is doing it.

Prince Harry joined locals from Nevis to help get baby sea turtles back home to the ocean. 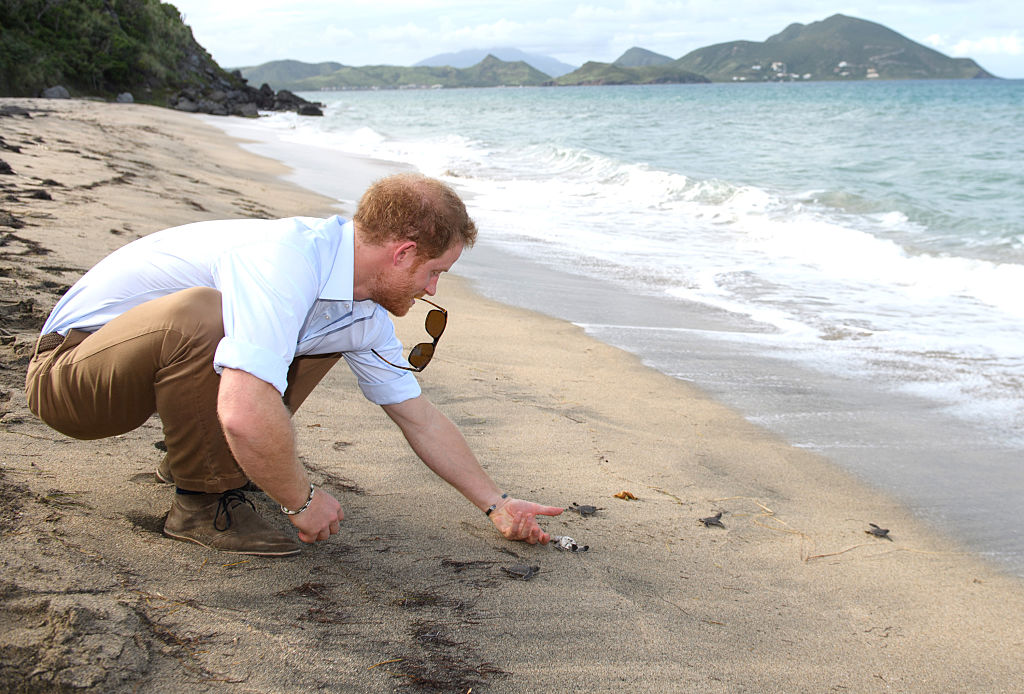 Traditionally there are many obstacles between a sea turtle baby and the ocean. The exertion makes them stronger. However, as populations of sea turtles dwindle, organizations like The Nevis Turtle Group make sure enough turtles survive the journey to protect future generations. The babies often need a nudge, like the Prince gives them here.

We’re impressed with the way the Prince threw himself into the task, not afraid to get a little dirty.

Here he helps sift through the sea turtle nest, which can have up to 500 eggs.

Watching Prince Harry hanging out with the tiny creatures is almost too adorable to handle. 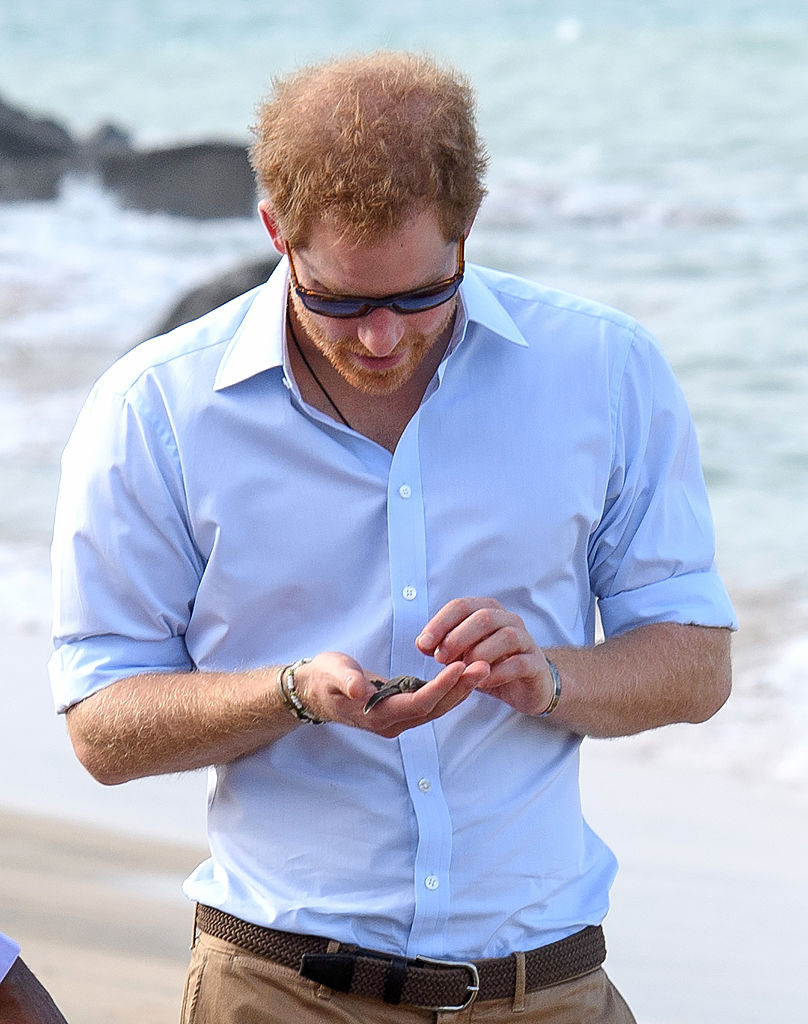 Look at him just holding that tiny little turtle in his hand! It’s so sweet. 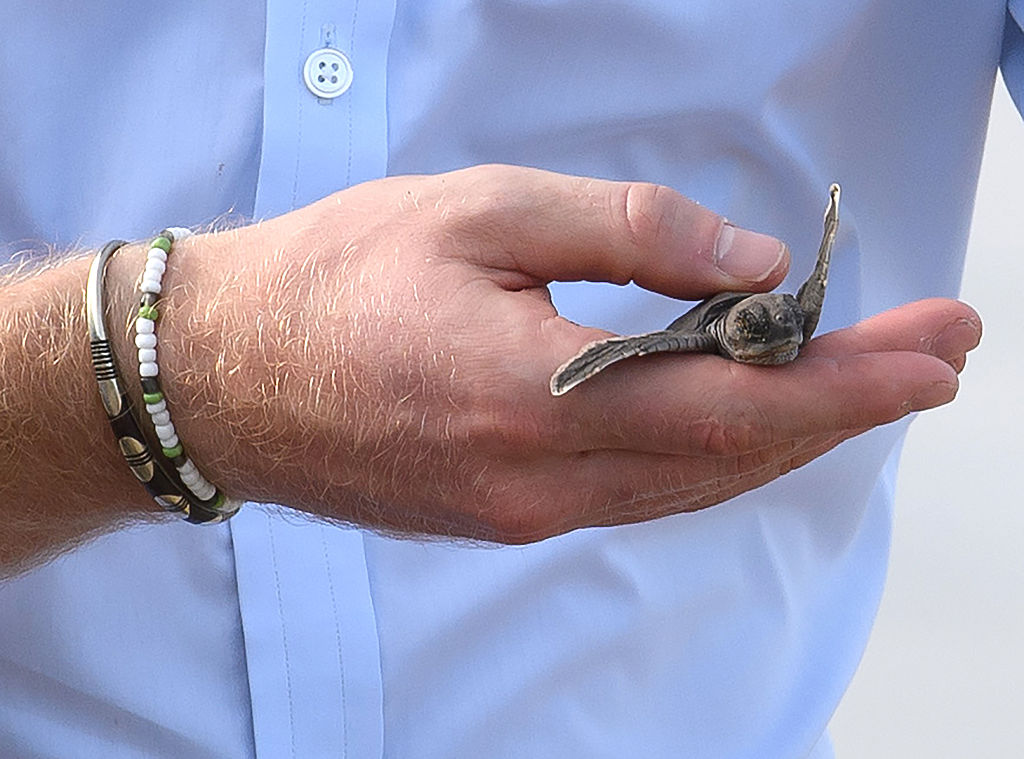 And then of course, the Prince had to let the turtles be free.

Look at those little guys go!

It looks like the Prince enjoyed helping sea turtles almost as much as we enjoyed watching him.